The University of Vermont Health Network is asking for permission from state regulators to spend $112.4 million on a new system for electronic medical records.

The network filed an application for a permit, called a certificate of need, with the Green Mountain Care Board on Jan. 3. The board will hold a court-like process to determine whether to let the network set up the system. 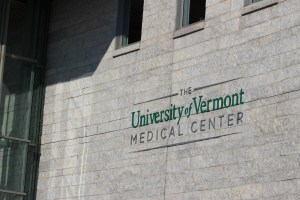 The University of Vermont Medical Center is in Burlington. File photo by Erin Mansfield/VTDigger

The network has chosen to use software from Epic Systems Corp., a leading name in the electronic medical records field that is also used by Massachusetts General Hospital in Boston and the Mayo Clinic in Minnesota, among others.

Across the four hospitals, the unified Epic software would replace as many as 32 systems made by more than a dozen different companies. The network says the new setup would streamline patient care and cost less than maintaining the current systems.

“I think that it is transformational,” said Dr. John Brumsted, the chief executive officer of the UVM Health Network and the UVM Medical Center. “I think it’s a huge step. It’s something that we’ve been planning for and looking forward to for quite some time.”

Brumsted said Tuesday that the original cost estimates in 2011 for unifying the two hospitals’ electronic medical records systems were too low, so the hospitals couldn’t afford to make the change. In the years since then, Epic restructured its product to make it easier for multiple hospitals to use, Brumsted said. The network has since been saving up, he said.

The network says it will not raise prices to fund the project. The network’s existing capital budget will cover the $112.4 million price tag, according to the application. The money has already been accounted for in budgets for fiscal year 2016 and 2017 that the Green Mountain Care Board approved.

Dr. Adam Buckley, the chief information officer for the UVM Health Network, said Epic is a proven brand and that the network is confident the company will continue supporting academic medical systems into the future.

Implementation is predicted to take 40 months. Buckley said that once the Epic system is rolled out, the network would be able to install it in other affiliated hospitals.

Thanks for reporting an error with the story, "UVM Health Network seeks $112.4 million records system"