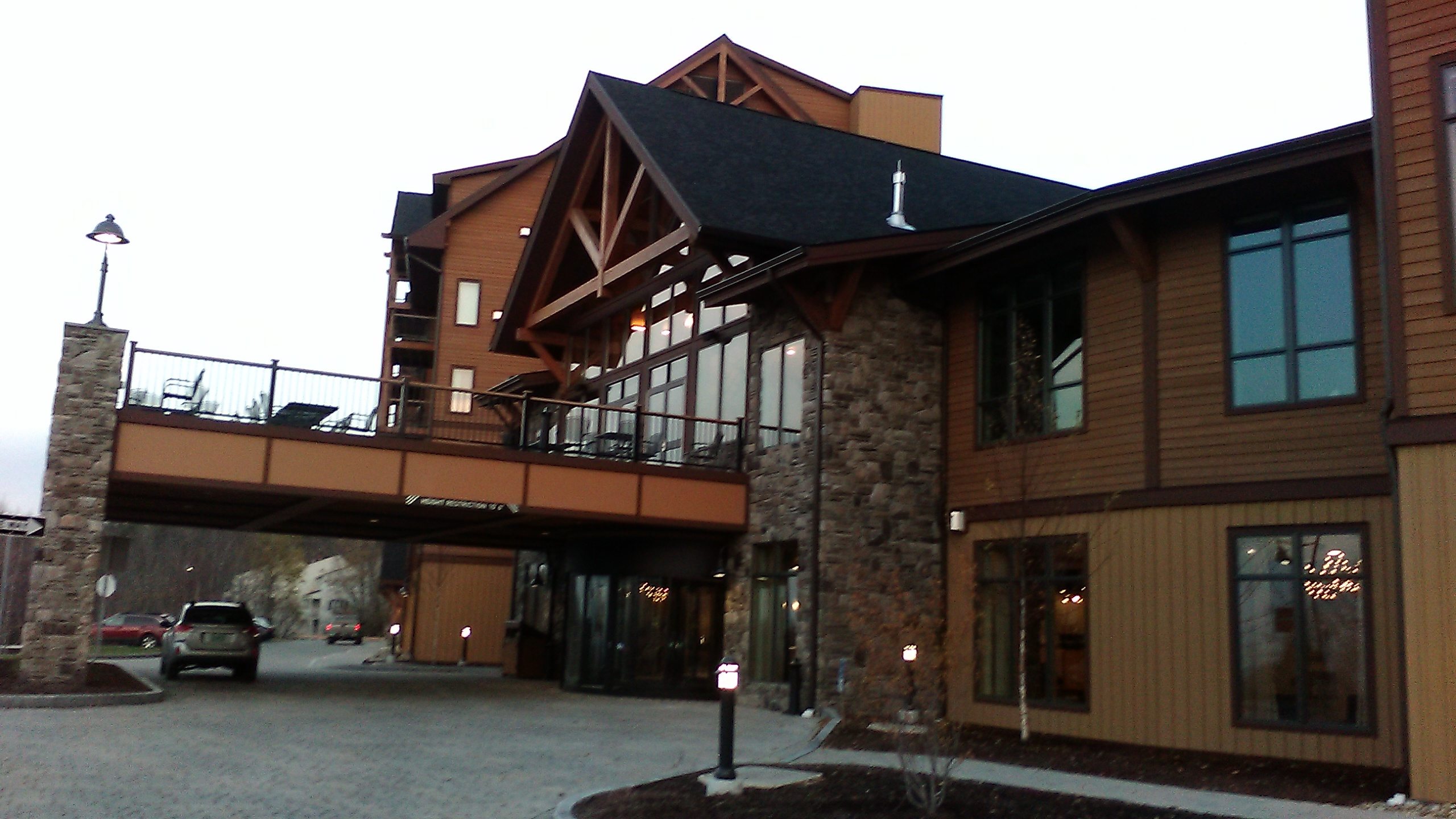 Burke Mountain’s ski season is getting underway after months of turmoil that has brought new management, more snowmaking and the opening of a 116-room hotel at the base of its slopes.

Those additions are coupled with the subtraction of past ownership due to allegations of investor fraud that created concern over whether the hotel, now formally known as the Burke Mountain Hotel and Conference Center, would ever see skiers pass through its doors.

The resort opened for the ski season last weekend. It then took this week off, and will reopen Friday, and remain open for as long as there’s skiable terrain.

About 300 skiers took the first trips of the season down the trails. “We had a nice soft-opening last weekend,” said Jessica Sechler, the resort’s director of marketing. She added that snowmaking continued through this week with the expectation that additional trails will be available to skiers by Friday.

Budget shortfalls and increased financial oversight of money raised through the federal EB-5 immigrant investor program for the hotel project headed by former owner Ariel Quiros put the future of the facility in jeopardy.

Now, months later, there’s a level of excitement with the hotel’s revolving door entrance spinning and guests walking through. The facility officially opened in September, allowing staff and management to work out the kinks before the start of the peak ski season.

Some uncertainty still remains, as the Northeast Kingdom resort is expected to be sold well after this ski season to a new owner to help recoup some of the millions of dollars owed to the project’s investors and contractors.

And, this ski season will also be the initial test of the theory that led to the hotel’s construction in the first place — If we build it, will they come.

“Eight months ago this hotel was under different ownership, a totally different scenario,” Mack said. Now, he added, “We’re able to tell a story about an open hotel, and a ski resort that’s going to be open and excited to welcome guests.” 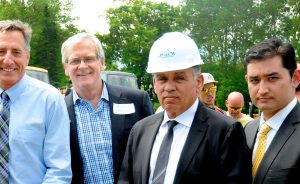 It was April when investor fraud lawsuits brought by the state of Vermont and the U.S. Securities and Exchange Commission were leveled against Quiros, owner of Q Resorts, a holding company that includes Jay Peak, and his business partner, Bill Stenger, Jay Peak’s former CEO.

The filings alleged the two Burke Mountain developers misused more than $200 million raised through the EB-5 program raised for a series of projects, including several at Jay Peak, and two others in Newport.

Quiros’ assets, including Burke Mountain, were ordered frozen by a federal judge. Michael Goldberg, a court-appointed receiver, was put in charge of the properties, and Leisure Hotels & Resorts, a management company, was brought in to help run the resorts.

Since that time, the signatures “Qs” emblazoned on signs and other fixtures at the Burke hotel have been removed, doing away past remnants of Quiros’ ownership of the resort, which he called Q Burke.

Mack said since taking on the job as management company, Leisure Hotels & Resorts has offered support, but has been pretty hands-off otherwise, allowing him and his team to run the resort.

This year’s opening is about a month earlier than last year’s start to the ski season at Burke, partly due to some early snowfalls, but also thanks to about $200,000 in new snowmaking equipment at the resort.

The early start and a big boost in snowmaking should help increase skier visits, which came in last year at about half of the roughly 70,000 skier visits a year the mountain had seen in the past, Mack said. A lot of that drop, he added, is attributed to the lack of snowfall last season, which led to reduced skier visits at resorts across the East.

This year, if the weather cooperates and drops more snow on the trails than last year, he is hopeful to see skier visits jump back into the 70,000 range.

The resort now is busy staffing up for the upcoming season, Mack said, pointing out there are still openings for several positions.

In addition to the 116 rooms, the hotel includes a restaurant, pub, coffee shop, retail store and the Vertical Drop arcade.

The hope is the hotel will provide the resort with the ability to draw skiers from a greater distance away and longer visits than in the past. “The hotel allows us to really kind of stretch our wings and tell our story to new audiences and get people up here,” Mack said.

Burke Mountain is also home to Burke Mountain Academy, an elite ski school just a little ways down the road from the resort. The new hotel plays a big role in the academy holding three new events at the resort this ski season, providing the lodging needed to house those taking part and their families, said Jory Macomber, BMA alum and head of school.

“Ironically, the EB-5 snafu has been an opportunity for us,” Macomber said this week. “More has been invested in the mountain and there are really good operators now.”

The school has 65 students from all over the world. They are expected to head out on the mountain for training next week, also a full month ahead of last year.

More investment in the mountain may also be in the offing.

In a recent filing on the status of properties under the receivership, Goldberg alluded to more news ahead involving Burke Mountain Academy.

Neither Goldberg, Mack or Macomber would comment on the announcement or when exactly it would take place. 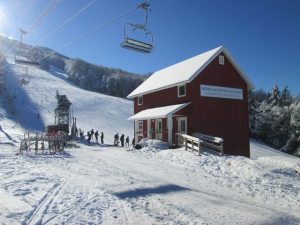 It’s been a long wait for the ski season for resort officials, and employees, who have been on a bumpy ride from last ski season to this one.

The hotel had originally been expected to be open by last December. However, the project became entangled in a dispute between the developers, a contractor and the state. It remained closed after it was completed in January. At the end of March, 180 employees at Burke were laid off.

A month later, the state and SEC brought investor fraud lawsuits against Quiros and Stenger, the developers of the Burke Mountain hotel and resort.

Quiros initially set out in 2013 to raise $98 million from 196 investors through the EB-5 visa program to build the resort at Burke Mountain. However, the project was later scaled back as money ran short and oversight increased. In the end, the Q Burke partnership raised $60.5 million from 121 investors and only the hotel and conference center have been built. A planned tennis complex and water park never materialized.

Contractors who worked on the hotel are still owed $3.6 million and roughly $400,000 in property taxes due last month to the town of Burke went unpaid.

Some of funds from a recent $13.3 million settlement between Goldberg, the court-appointed receiver, and Citibank, a financial institution used by Quiros, are expected to pay the property tax bill and a portion of the money owed to contractors.

Eventually, Goldberg said, contractors will be paid 100 percent of what they are owed from Quiros’ assets, including Burke Mountain and Jay Peak. That process is expected to start in the spring and run through the summer.

Macomber, BMA’s head of school, said this week he’s optimistic for the upcoming season as well as the future of the Burke Mountain.

Then he added, “Who buys it is the next question.”

Thanks for reporting an error with the story, "Burke ski season banks on new hotel, more snowmaking"