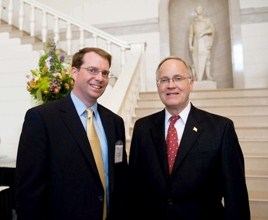 Kendal Smith, a former lobbyist with the Vermont Chamber of Commerce, was appointed as Scott’s director of policy and legislative affairs. Smith worked for Louisiana Gov. Bobby Jindal from January 2011 through July 2013, according to her LinkedIn profile.

Brittney Wilson, Scott’s campaign coordinator, was named secretary of civil and military affairs, while longtime aide Rachel Feldman was appointed as senior director of boards, commissions and public service. Feldman’s work will include legislative outreach, constituent services and planning of trade missions and other events.

“Each of these individuals share my vision for a modern and efficient state government that makes the economy and affordability its top priorities,” Scott said in a statement Wednesday. “They are focused and disciplined public servants who will work incredibly hard on behalf of the people of Vermont as we implement our pro-growth agenda and invest in the future of our state.”

Gibbs has served both inside and out of state government, including as spokesman and adviser to Douglas, the last Republican governor.

“I bring to this job a deep wealth of knowledge that I gained both in my previous time in state government and in other work,” Gibbs said Wednesday. “There are definitely best practices that I have seen, not just from the Douglas administration, but from other administrations, that we can draw on.” 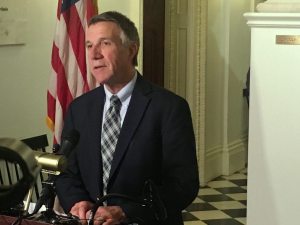 Douglas said Wednesday that he had offered Scott some thoughts on potential appointees, and he hailed the choice of Gibbs for the key job as chief of staff. Douglas described Gibbs as “full of energy” and a “skilled manager who knows and loves Vermont.”

Douglas said the chief of staff helps out with “everything.” (Douglas’ former chief of staff, Tim Hayward, is directing Scott’s transition efforts.)

“The chief of staff has to make sure the train runs on time, make sure the governor is on schedule, has the information that he needs,” Douglas said. “He has to supervise the rest of the staff, oversee the office’s budget. More than the official duties, I see the role as a close confidant of the governor’s who knows what he would do in various circumstances and speak for him when he has to.”

Gibbs has served various roles in Vermont in addition to his six-plus years as a top adviser in the Douglas administration.

In 2008 he moved from the governor’s offices to become commissioner of forests, parks and recreation and later worked as marketing director at the Vermont Ski Areas Association, according to his LinkedIn profile.

In 2010, Gibbs ran unsuccessfully as a Republican for secretary of state.

He has also represented various business interests in the state, beginning in 2001 when he worked in the public affairs department of Fletcher Allen Health Care.

In 2012, Gibbs founded his own corporate communications firm, Jason Gibbs LLC. One of his clients was the political advocacy group Campaign for Vermont, which was founded by Scott’s primary opponent, Bruce Lisman.

More appointments will be announced over the coming weeks, according to Scott transition spokesman Ethan Latour, and they include more members of his transition team.

The 14-person team includes Sen. Dustin Degree, who is acting as a policy adviser to Scott. Degree, who represents Franklin County, was re-elected last month and said he has no plans to serve in the Scott administration.

Degree also served as the campaign manager for Randy Brock’s unsuccessful bid for lieutenant governor. After his win, Scott said he would ask Brock — a former state auditor — for finance-related advice during the transition.

Latour did not rule out a post for Brock in the Scott administration.

“The governor-elect has a lot of respect for Randy Brock’s skills,” Latour said Wednesday. “But as of right now the announcements we are going to make today are what we have decided on. More information will come once it’s known.”

Noting that Scott will become governor in six weeks, Gibbs, his new chief of staff, said much of the work in the transition team now includes “converting campaign plans into specific public policy proposals.”

Scott’s biggest promise was to prepare a budget that will find significant cost savings in education and health care, two areas of high spending he identified in the campaign. Scott aides would not elaborate on what other specific policy proposals were being drafted.

Gibbs said upcoming appointments will include veteran political figures as well as staffers with fresh ideas. While all the appointments Wednesday were Republicans, Gibbs said the administration would include members of other parties.

“I do expect that this will be a Cabinet that is made up of people with a wide range of political views,” he said.

Scott's transition team is actively looking for out of state applicants. The Transition Leadership Advisory Committee released an email to members of the Vermont State Society based in Washington, D.C., on Wednesday, soliciting online applications from "talented, hardworking individuals with fresh ideas."

"It's imperative that candidates share his priorities for growing the economy, making Vermont more affordable and restoring faith and trust in state government," the authors of the email wrote.

Thanks for reporting an error with the story, "Scott taps former Douglas aide to head his staff"