[A] new agreement between the Vermont Tax Department and Airbnb will change how the meals and rooms tax is collected when Vermonters rent out rooms or properties through the online platform.

Under the agreement, Airbnb will begin collecting taxes Oct. 1 on behalf of those who rent out lodgings.

Tax Commissioner Mary Peterson said this will make it easier for part-time innkeepers to manage the meals and rooms tax. 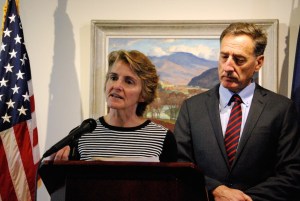 Currently, hosts are expected to collect the 9 percent tax and pass it on to the department themselves, but the tax often goes uncollected. Now, Airbnb will do the legwork by collecting the tax and remitting it directly to the state.

In tax legislation that passed the Legislature earlier this year, lawmakers directed the department to enter into an agreement with the home rentals internet platform. The revenue package anticipated that the state would garner $1 million by ensuring the rooms and meals tax is collected on short-term rentals.

Peterson said the state was already in talks with Airbnb before the legislation passed.

Use of Airbnb and other online platforms to rent out properties for vacation stays is widespread in Vermont, according to Peterson. She anticipates the state could draw down even more revenue than originally expected.

“For people across the state of Vermont, Airbnb is making it possible to make ends meet, pay the bills and stay in their homes,” Josh Meltzer, regional director of public policy for Airbnb, said in a statement.

Meltzer said the agreement will let Vermont “harness the economic impact of home sharing while also making it easier for Airbnb hosts — the vast majority of whom are middle-class people sharing their own home — to comply with state tax laws.”

Peterson said the Tax Department is exploring establishing similar agreements with other platforms.

The department also announced that if hosts who have not been collecting taxes on rentals through other platforms come forward to the department by Nov. 1, they will not be held liable for back taxes.

Peterson noted that people who rent out their property to vacationers are also expected to pay income tax on the money they earn from rentals.

“It’s a little side business that they’re running, and they need to be reporting taxes on this,” Peterson said.

Tourism and Marketing Commissioner Megan Smith celebrated news of the agreement, which she said will level the playing field.

Airbnb rentals have been a major source of competition for the state’s smaller inns, she said. The new agreement ensures that everyone will be complying with tax requirements.

“We’re thrilled that they’ve made this progress because it’s been a huge issue within our industry,” Smith said.

Thanks for reporting an error with the story, "Airbnb to collect taxes for Vermont rentals"