The complaint was filed in August by Brady Toensing, a Charlotte lawyer and vice chair of the Vermont Republican Party. In it, Toensing alleged that the Sanders email represented an in-kind contribution to Chris Pearson of Burlington that exceeded the $1,500 cap for state Senate candidates. Toensing estimated the value of Sanders’ donor list at $5 million.

Toensing quoted Vermont’s campaign finance laws, which define in-kind contributions as “gifts of ‘anything of value’ given to a candidate for the purpose of influencing an election.” 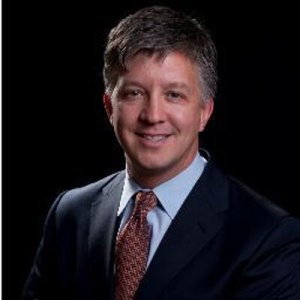 In a statement, Attorney General Bill Sorrell said Tuesday that no rules were broken because  “the email was not express advocacy for the election of Pearson.” In addition to Pearson, the email requested donations for several other candidates in other states.

“We did not have to get into the valuation issues because we found this did not fall under the umbrella of a reportable contribution,” he added in an interview.

“This was a fundraising letter that was sent nationally on behalf of legislative candidates from around the country,” he said. “No doubt it went to some Vermonters, but nowhere in the letter does it say to vote for Chris Pearson.”

Pearson, a Progressive House member from Burlington, is seeking one of the six Chittenden County Senate seats.

The email quickly generated more than 12,000 donations and $80,000 for Pearson, who said he was stunned by the outpouring of support. In the Aug. 9 primary, Pearson cruised to victory along with four Democratic incumbent senators who represent Chittenden County.

“I’m relieved that it’s been dismissed. Bernie is obviously free to endorse anyone he wants to,” Pearson said.

Sorrell pointed out that some states have guidelines and regulations for solicitation emails like Sanders’, and that federal law requires disclaimers for such mailers.

“I think the Legislature ought to consider looking at how campaigns are evolving and make decisions on whether our statutes should be tweaked at all to keep up with the changing trends in political campaigns,” he said.

Toensing said Sorrell should have conducted an investigation into the matter instead of dismissing it so quickly. He pointed to the Attorney General’s recent case against Dean Corren, where Sorrell alleged that a fundraising email from the Vermont Democratic Party on behalf of the publicly financed Progressive constituted an in-kind contribution.

“He’s on the record in the Dean Corren case that these email lists are valuable, and the use of them is a contribution,” Toensing said.
He added that Pearson’s flood of donations was troublesome for the future of money in Vermont state politics.
Sorrell’s “decision creates an enormous loophole and opens the floodgates to all sorts of private expenditures and contributions,” Toensing said.

A Sanders spokesman did not return calls seeking comment.

Toensing filed allegations against Sorrell of campaign finance violations in 2015. An independent investigation determined Sorrell did not violate any rules.

Thanks for reporting an error with the story, "Sorrell dismisses complaint against Sanders, Pearson"