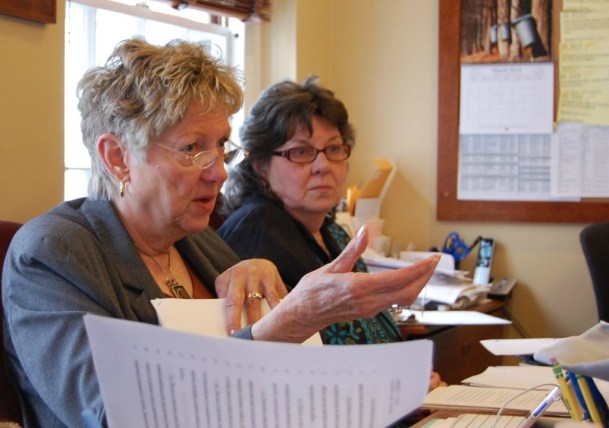 [A]n effort by the Legislature to set up a State Ethics Commission appeared dead Tuesday with the chair of a key House committee saying there wasn’t enough time before adjournment.

Rep. Donna Sweaney said her Government Operations Committee has a full plate of charter change proposals this week. Her committee is not scheduled to meet next week because the House will be on the floor every day trying to wrap up business by the end of the week.

“It’s going to be hard, hard to do it justice,” the Windsor Democrat said. “We may be able to get to bits and pieces of it.”

The time squeeze was caused by the Senate, which took months trying to figure out the structure and scope of the commission, while also wrestling with the formation of its own internal Senate ethics panel. It passed separate bills establishing both only last week.

Sweaney’s committee decided two months ago to stop taking testimony on the proposed State Ethics Commission and wait for the Senate bill to arrive. Sweaney said in an interview Tuesday that in retrospect, she should have “trusted” her inclination and come up with her own bill instead.

Sweaney said she was disappointed the measure would not pass this year.

“It really was something I wanted to see happen,” she said.

The State Ethics Commission, a five-member board with a part-time executive director, would review and refer ethics complaints filed against state officeholders, including the governor, as well as high-ranking state employees. The commission would have no jurisdiction over lawmakers, who according to the state constitution are to be overseen by their own ethics panels.

Sen. Anthony Pollina, P/D-Washington, the sponsor of the Senate bill establishing the State Ethics Commission, was disappointed too but not surprised the House would not have enough time.

“It’s not unreasonable what she’s saying,” Pollina said about the time crunch Sweaney cited. “We did send it over kind of late.”

House Speaker Shap Smith reiterated his hope Tuesday that the Legislature will adjourn at the end of next week. He laid out a full schedule that included substantial floor debate next week, including Monday, usually a day off for the Legislature except toward the end.

Deen, a Democrat from Westminster, said: “We don’t have any expectations of seeing a full bill delivered out” of Government Operations this year.

Senate Majority Leader Philip Baruth, D-Chittenden, also admitted it was the Senate’s fault the state commission likely would not come to pass this year, but he said all was not lost.

“The truth is it came to them late, and that’s on us in the Senate,” Baruth said.

Deen agreed. “They knew it had to be over here,” he said. “They know we’re getting to the end. It should have been over here earlier.”

Baruth said the creation of the State Ethics Commission was slowed because senators were trying to, for the first time, set up their own ethics review panel, which they wanted to have similar requirements on issues such as financial disclosure. Some senators initially balked at financial disclosure, and Baruth and Sen. Joe Benning, R-Caledonia, took weeks convincing colleagues why that was important, holding up the bill in the Senate Government Operations Committee.

In addition, Government Operations discovered over the session that many of the original ideas were impractical. For example, it was initially hoped that the State Ethics Commission could play the lead role in investigating campaign finance allegations, but that idea was scrapped because so many such allegations come in just before the election and have to be dealt with quickly. The authority will remain with the attorney general’s office.

In addition, efforts to prohibit campaign contributions from those seeking to do business with the state, so-called "pay to play," were struck from the Senate bill at the 11th hour.

Under the Senate proposal, lawmakers would be prohibited from being a lobbyist at the Statehouse for one year after they leave office.

Ironically, the likely outcome is that there will be no State Ethics Commission this year but senators will be forced to disclose financial information. The House has an ethics panel but no financial disclosure requirements.

Under both the State Ethics Commission and the now-adopted Senate rules, any source of income of $10,000 or more must be disclosed. 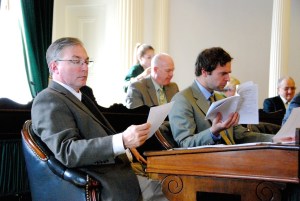 Baruth noted the Senate also revamped its sexual harassment policies and will now require interns to be registered. That latter policy is partly due to the allegations lodged against suspended Sen. Norman McAllister, R-Franklin, who is accused of sexually assaulting a woman he described as his intern.

“I wouldn’t want it to be portrayed that we didn’t do any work this session,” Baruth said.

He added, referring to House members: “They are the only ones that can say what they can do in the remaining time, but if we don’t get that (commission) we still have things of value we take out of the session.”

Baruth, Deen and Sweaney said the matter could be taken up early in the next legislative session when there is more time. A new bill would have to be introduced, but this year’s work could be used as the starting point.

“We now have a version that has passed one body of the Legislature, and you’re a leg up if we start over next year because you have a clear version — a lot of the kinks have been worked out,” Deen said. “You’re not exactly at square one.”

Baruth acknowledged the public may feel lawmakers didn’t take the issue seriously, particularly after the McAllister case and recent allegations of a massive fraud in the Northeast Kingdom.

Baruth said the current Senate version “was not the best iteration” of what the State Ethics Commission should be, having been pared back from a full-blown commission with a full-time staff of investigators. Secretary of State Jim Condos said it also had holes, including not covering municipal officials — the source, according to him, of the most complaints his office receives about alleged conflicts of interest.

Maybe the chairs of the respective Government Operations committees could get together over the summer, Baruth said.

“Frankly, you might wind up with something better than what left the Senate floor,” he said.

Thanks for reporting an error with the story, "Legislators offer last rites for State Ethics Commission"