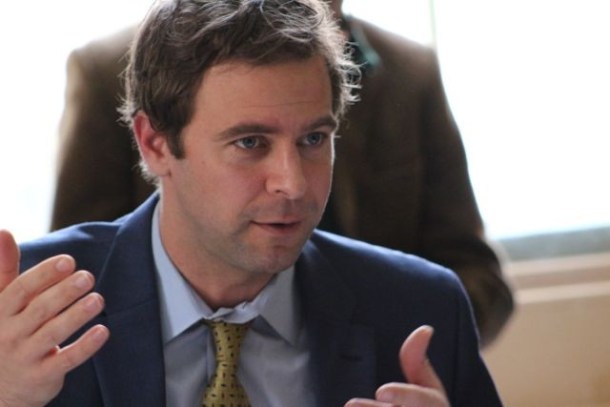 [T]wo days past the Senate president pro tem’s budget deadline, money committees continue to tussle over the bills that set the state finances for the next fiscal year.

Cost of living increases for mental health service providers, the next contract for state employees, and many other investments are under discussion as the Senate Appropriations and Finance committees work toward finalizing the budget and revenue packages.

The Senate Appropriations Committee has been whittling down a list of requests and wishes for next year’s budget. But, as of Thursday afternoon, one major X factor remained: exactly how much money the budget committee has to work with.

Sen. Tim Ashe, D/P-Chittenden, chair of Senate Finance, said that he is hoping to avoid raising taxes this year. Last year, the Legislature approved a “difficult tax bill,” Ashe said, “and our goal was not to come back and have a second difficult tax bill.”

The House-passed revenue package, which was voted out in March, drew on several increased taxes. That included $6 million from an employer assessment for workers who don’t have health insurance, as well as $2.1 million from a tax on bank franchises.

“In terms of the major tax areas, my goal is not to have the Senate need to go to those sources,” Ashe said. The committee is focusing on raising revenue through regular fee increase in the fee bill.

There are some items in the miscellaneous tax bill that Ashe described as “different ways of collecting and enforcing.” He said that includes enforcing rooms and meals tax on vacation rentals through Airbnb, as well as a shift in accounting from quarterly to monthly filing.

Ashe said there is not a particular figure that the committee is trying to raise to support the budget.

“I don’t have a number in my head,” Ashe said. “I think we’re trying to do what we think is fair and then hope that that’s sufficient to pay for governance.”

Meanwhile, across the hall in Senate Appropriations, lawmakers are still finalizing what budget requests are their top priorities.

On Thursday, Sen. Jane Kitchel, D-Caledonia, offered a proposal for refining the list of items on the wish list. Kitchel’s suggestions, which have not been finalized by the committee, included partially restoring a cut to the Reach Up program in last year’s budget.

The news Tuesday that the Vermont Labor Relations Board ruled in favor of the Vermont State Employees’ Association for the next state worker contract created a fresh challenge for the committee.

To fully fund the contract in FY 2017, lawmakers will need to budget $9.7 million, according to the Department of Finance and Management.

The governor included $4.7 million in his recommended budget, and the House-passed budget has an additional $2.5 million to cover the cost. But that leaves the Senate Appropriations Committee with a $2.5 million hole to fill.

On Thursday, Finance and Management Commissioner Andy Pallito offered suggestions on where the administration might find $1.4 million to fund the pay action, but that left $1.1 million still to be found.

The administration estimates that the state could find $500,000 by eliminating some exempt positions across state government.

They also proposed finding $500,000 by privatizing the Office of Risk Management, a division of the Agency of Administration that functions as an in-house claims adjuster for workers compensation claims against the state.

The VSEA opposes the privatization of the office, arguing that past experience demonstrates that the move is not an effective way to save money, that it would result in the elimination of jobs, and that it would mean state workers have lower quality service in workers compensation cases.

The administration also proposed finding savings by reducing the 2 percent cost of living increase for designated agencies that was included in the House budget. The increase is intended to give a raise to employees of the non-governmental agencies that the state contracts with to deliver community-based mental health and substance abuse services.

According to the administration, the state could save $400,000 by giving the agencies a 1.75 percent raise instead.

“We’re going to do our very best,” Kitchel said, of trying to fund cost of living increases for those who work for state government and non-state employee service providers.

“That’s what we’re grappling with,” Kitchel said. “To try to look at that broader group of providers and how we can address them in a consistent way.”

The Appropriations and Finance committees will continue work on the budget Friday.

“The finance committee has got to finalize what it will provide for revenues for us to build a budget,” Kitchel said.

Thanks for reporting an error with the story, "Senate money committees tussle over FY 2017 budget"