The Vermont House has approved a measure that would raise the legal smoking age from 18 to 21.

The body OKed the bill, H.93, on a vote of 84 to 61 after hours of debate and consideration of several amendments Tuesday.

The bill would gradually increase the age for purchasing tobacco products in Vermont over the next three years. As of the beginning January 2019, the legal age would be 21.

The legislation includes an increase in the tax on tobacco products, also stepping up each year for the next three years. 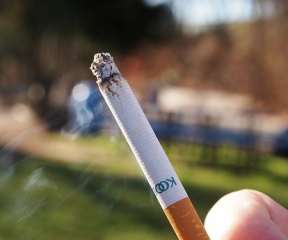 The tax per pack of cigarettes would increase a total of 39 cents to $3.47.

The Joint Fiscal Office estimated the state would see a loss of $900,000 annually from raising the smoking age. The higher tax would make up for that drop in revenue.

The body approved the tax package by a slim vote of 75 to 68, with some members, like Rep. Ron Hubert, R-Milton, arguing that the increase would put an unfair burden on retailers. Hubert runs The Middle Road Market, a handymart in Milton.

Rep. George Till, D-Jericho, a physician, has been pushing for the smoking age to be raised for years.

Till said that there is compelling evidence from municipalities where the smoking age is 21 to show that it can have positive impacts for public health.

Till cited statistics saying that there are approximately 31,500 Vermonters under age 18 today who will become addicted to tobacco. Of those, one-third will die of illnesses related to tobacco, Till said.

Other House members cited personal experience as their reason for supporting the measure. Rep. Kiah Morris, D-Bennington, said that she would vote for the bill because she has watched friends and family members suffered or die from tobacco-related illnesses.

“All of these women began smoking as teens,” Morris said.

Rep. Anne Donahue, R-Northfield, urged fellow lawmakers to vote against the bill on the grounds that the rights of people defined as adults ought to be respected under law.

The House narrowly defeated an amendment offered by Rep. Bob Helm, R-Fair Haven, that would have exempted people in the military from the bill, allowing them to purchase tobacco products beginning at age 18.

Helm, a veteran, said that young people who serve in combat should be able to come home and make decisions for themselves.

“If you want these boys to be men and girls to be women, then lets treat them like adults,” Helm said.

If lawmakers passed the exemption, he said, it would “work against our military in trying to fight to make our troops healthier and more duty ready.”

The bill will be up for third reading on the House floor Wednesday. If it passes, it will move to the Senate.

Gov. Peter Shumlin does not support a higher age limit for the purchase of tobacco products, according to spokesman Scott Coriell.

Coriell said the governor does not support cigarette smoking, but feels that 18-year-olds should be able to make decisions for themselves.

Hawaii voted to raise the smoking age to 21 last year, and California followed suit earlier this year. As of March, 135 municipalities in nine states raised the minimum age for cigarette purchases, according to the Campaign for Tobacco-Free Kids.

Thanks for reporting an error with the story, "House OKs bill to raise smoking age to 21"

Stuart Stevens: A message to Democrats