BURLINGTON – Dozens of developers and students gathered last weekend at the fifth annual HackVT to crack open the state’s voluminous environmental data to develop a software application that would help to abate the impact of climate change.

The hackathon attracted 54 participants who slogged through a mostly sleepless 24 hours to compete for a total of $20,000 in cash and prizes.

Hack the Climate was the theme of the Oct. 9-10 event, which was held in the FairPoint building at the Vermont Center for Emerging Technologies, a co-working and small-business incubator that’s hooked up to the city’s 1 gigabit super high-speed Internet connection.

Competitors were given more than 140 data sets, collected by the contest’s organizers, the Lake Champlain Chamber of Commerce. 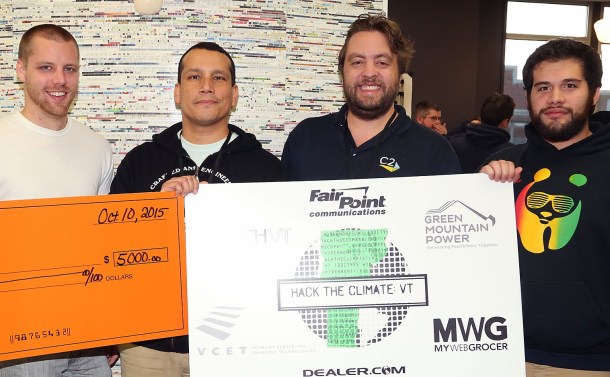 The winning team, ManBearPig – a set of professional software developers from Competitive Computing, which goes by C2 – took home $5,000 for creating a Web-based application called One Day.

The One Day application measures greenhouse gas emissions for daily energy use, including time spent in the shower and the night-time temperature of a home. The app is designed to help consumers learn how they can cut back on energy use and contribute to a greener environment.

“On a typical day we take a shower … how long do we shower for? I don’t know, let’s say 15 minutes,” explained Roger Rodriguez, as he entered the information into the app using a drop-down menu. 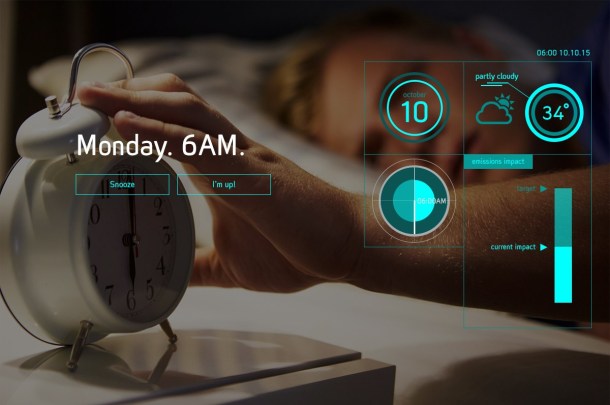 “We get some feedback here, saying if we took just a five minute shower, we’d be preventing 332 pounds of CO2 from entering the atmosphere every year,” he said, as the app, playing on screen displays around the room, did the calculations and translated them into a visualizations.

Second place went to Burlington’s Daft Labs, a software and marketing firm, for creating a mobile app, Requiem, similar to a fitness tracker or calorie counter, that allows the user to compete for redemption points for improving the CO2 emissions on their commute. The team took home $3,000 for the app. 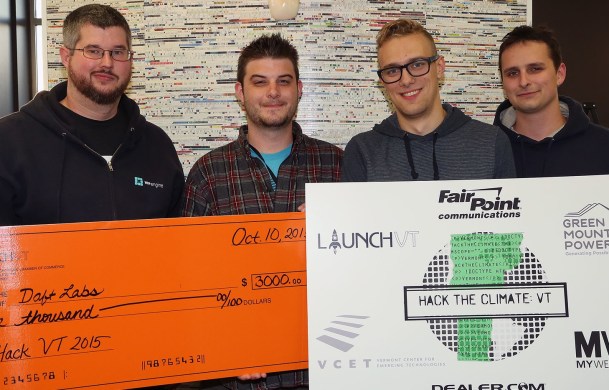 The third-place prize went to System42, a Massachusetts-based team, that developed a methane-sensor mounted on a drone that can deliver real-time readings for agricultural companies and environmental agencies by accessing areas typically hard to reach. In the demonstration to judges, they placed a sensor near an aerosol can, and showed how the readings could fluctuate as the methane was produced in various quantities. The team members were awarded $2,000.

The competition was stiff for the student prize, since 31 of the 54 participants at HackVT were in college or high school. Bennington College, Champlain College, Essex High School, Middlebury College, Norwich University, University of Vermont and Vermont Technical College all had teams at the competition. 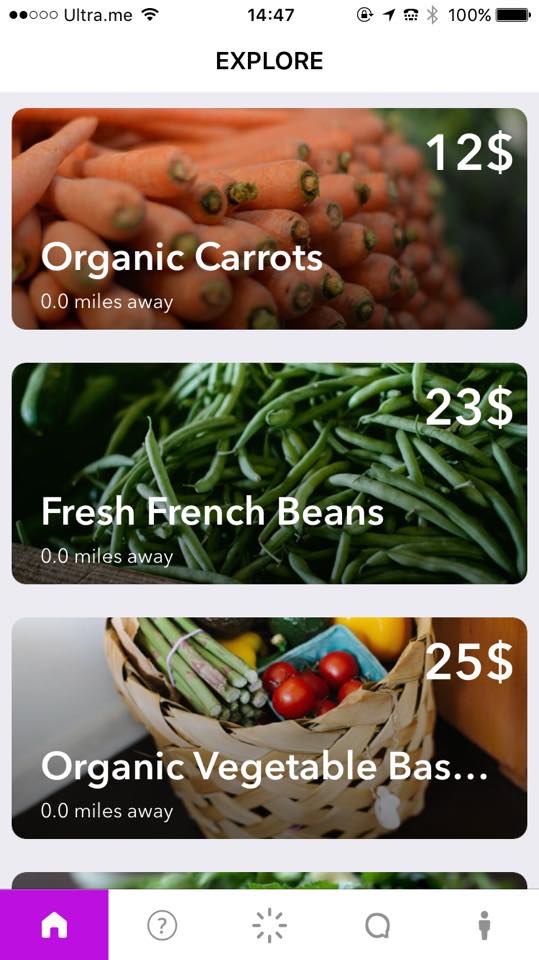 A screenshot of Grow. Courtesy of Rohail Altaf.

Grow connects people who live within a two-mile radius of one another and have an abundance of vegetables or homemade food items – such as preserves, breads or canned goods – and gives them a way to exchange, barter or sell the goods from their own supply to their neighbors.

“As we were eating Cheetos for 24 hours, we wondered how we could hack the climate in the meaningful way. Around the fifth bag we began to think about how a lot of the food we’re eating nowadays has a huge carbon footprint attached to it, because it’s traveling hundreds of thousands of miles,” explained Rohail Altaf as he introduced Grow as an “ecosystem that lets you sell or trade items that you grown in your backyard.”

Malik chimed in, adding, “Climate change has become almost a cliched kind of topic. We’ve heard about it so much that it almost doesn’t matter to us when we hear about it anymore. What we wanted is that everyone should be able to derive direct value out of it. Even if you’re a climate change denier, you want to use it, because it does you good.” 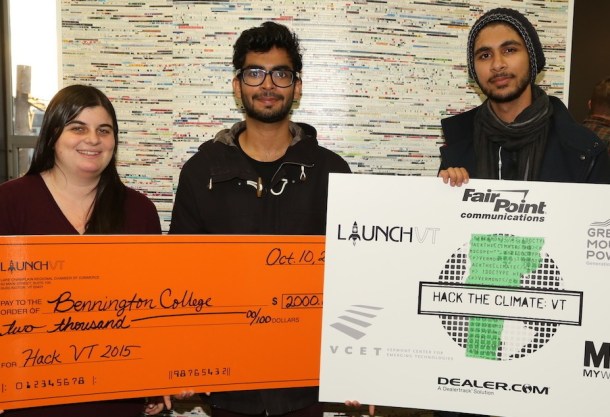 The Bennington students went home with a $2,000 prize for the concept, which was launched and working as of Saturday afternoon.

The green ingenuity didn’t end with the award winners. Influence, a Web-based application developed by Voight-Kampff Crackers, a team of engineers from Green Mountain Software, used a government open-data application program interface, to develop a way for Vermont voters to follow environmentally connected bills through the state Legislature. The app allowed users to directly contact state elected officials, and by writing letters or sharing their opinions and information about certain bills, gain points within the game-like space.

Another team, Strubik, used ocean water-level data to create a flood-mapping visualization of the earth, to project where future flood zones would be in increments of 25 years at a time.

CORRECTION: The Vermont Center for Emerging Technologies is in the FairPoint building, not Burlington Telecom, as was stated in an earlier version of this story.

Thanks for reporting an error with the story, "HackVT winners invent way to track daily carbon footprint"