The Shumlin administration proposed $31.28 million in budget cuts for fiscal year 2015 to a panel of lawmakers Monday.

The reduction in state spending is a response to a July 24, revised economic outlook for the coming year that estimates state revenues will be down by 3 percent. While tax receipts have increased year-over-year since the Great Recession, they have grown more slowly than anticipated and have not kept up with state spending. Revenues will be $28 million less than the state’s economists predicted in January. In July, actual tax receipts were down $1.8 million.

The Joint Fiscal Committee has 72 hours to decide whether to accept the plan. A public hearing will be held at 3:45 p.m. to 6 p.m. Tuesday in the Ethan Allen Room at the Statehouse; on Wednesday the committee will deliberate from 12:30 p.m. to 5:30 p.m. in Room 10 at the Statehouse. 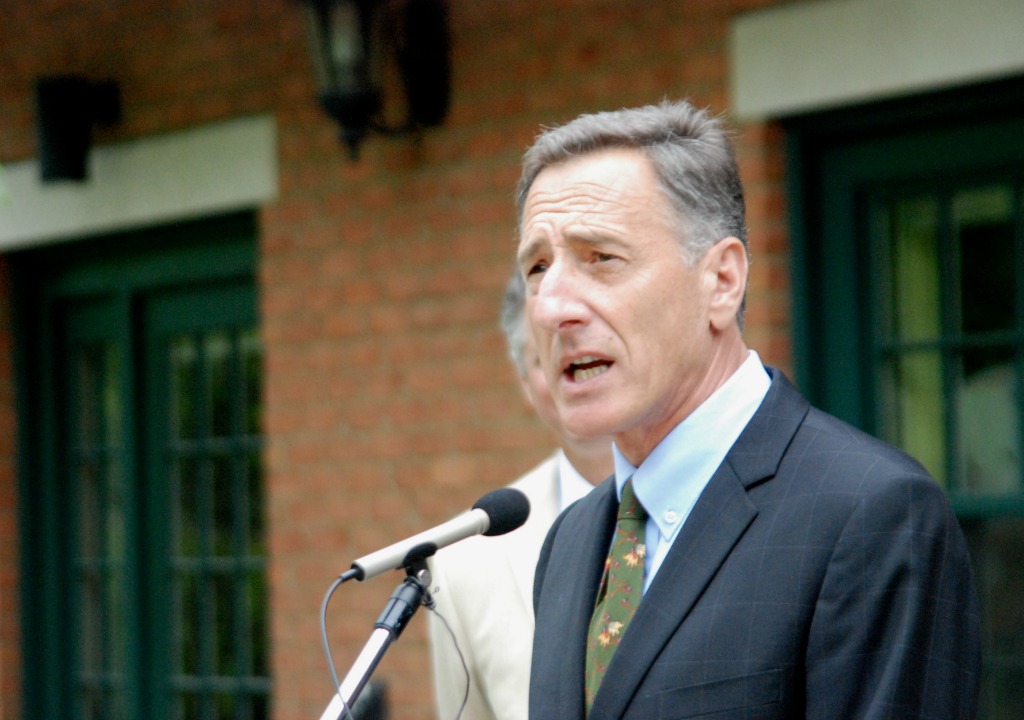 The state has not reached a sustainable spending pattern in relationship to revenues since the Great Recession (and the federal stimulus funds that boosted state spending) ended in 2011. In the intervening years, the gap between spending and revenues, which has consistently been between $50 million and $70 million, has been filled with one-time money. Jim Reardon, commissioner of the Department of Finance and Management, says he’s running out of one-time pots to raid. “What we have been doing is taking the previous year’s one-time funds and propping up the budget,” Reardon said. About half of the savings in the administration’s rescission proposal comes from the “base” budget.

“I don’t have too many pockets left, you guys have done a pretty good job of clipping them,” Reardon told the Joint Fiscal Committee.

The rescissions come three months after the Legislature passed the fiscal year 2015 appropriations bill, and just one month into the new fiscal year. Lawmakers and the Shumlin administration said the compressed time schedule for the rescission plan is necessary. The sooner they make the cuts in the current budget year, the more savings the state can achieve.

Jeb Spaulding, the secretary of the Agency of Administration, told the committee that the cuts are not “indiscriminate.”

“We looked at each particular appropriation, and we tried to make sure the ones that are core services are protected as much as possible,” Spaulding said. “The governor realizes this process is not just pain for the people in this room. Lots of Vermonters will be impacted.”

Most of the $31.28 million in savings is achieved through cuts to external programs — grants and level-funding Medicaid reimbursements. Another big chunk comes from unanticipated, projected savings expected to result from smaller caseload numbers for the Reach Up and child development programs.

The proposal to level-fund Medicaid cuts about $10 million from the General Fund budget. The governor originally proposed a 2 percent increase in Medicaid reimbursements to providers; the Legislature approved a 1.6 percent boost. Any reduction in state Medicaid spending also reduces the amount of federal funding match that is available.

The community designated agencies will see reductions of more than $6 million for mental health and substance abuse services and support for Vermonters with developmental disabilities, according to Julie Tessler, a lobbyist and executive director for the Vermont Council of Developmental and Mental Health Services. Workers for the designated agencies are paid about $10,000 a year less than their peers in similar positions. About $500,000 will come out of the Community Rehabilitation and Treatment services, which provides ongoing support for the mentally ill.

“You cut us like that, and you’re going to see more people in emergency rooms and inpatient care,” Tessler said.

The projected drop in the caseload at the Department for Children and Families amounts to a spending reduction of about $3.8 million, and will not come at the expense of new social worker positions the Shumlin administration announced in June. The positions are needed to provide support for young children who have been victims of abuse.

Smaller bites of the apple across state government make up the rest of the $31 million.

The governor, his chief of staff, Liz Miller, and Lt. Gov. Phil Scott have each voluntarily rescinded scheduled salary increases, saving the state a total of about $8,000.

The governor is seeking to reduce the state’s drug and alcohol program by about $673,000. Earlier this year, Shumlin made opiate addiction the centerpiece of his State of the State address and captured national media attention for his focus on getting drug addicts into treatment. The proposed cuts eliminate a financial incentive payment for substance abuse treatment providers and carry through the level funding of Medicaid reimbursements.

The Shumlin administration also proposes to rescind a 1 percent increase to appropriations for the University of Vermont, the Vermont Student Assistance Corp. and the Vermont State Colleges.

Reardon said the Vermont Enterprise Fund — the $4.5 million Shumlin can use as cash incentive for a company to stay or locate in Vermont — would be cut by $250,000, or 5.5 percent, under Shumlin’s plan.

Working landscape grants would be reduced by about $280,000 under the plan.

The state no longer needs to spend $500,000 on the All-Felon DNA program thanks to a recent ruling from the Vermont Supreme Court that determined that taking a DNA sample from a suspect before he or she is convicted is unconstitutional.

The Shumlin administration will not fill vacancies in positions in state government, including a seat on the Superior Court. Seven open trooper positions will not be filled (savings, $500,000).

State employees are untouched by the rescissions, and, according to Reardon, were not interested in reopening their contract with the state to discuss furloughs or salary concessions. The state’s workforce took a 3 percent pay cut during the recession, and 660 positions were eliminated when the state saw revenues decline by 7 percent and 5 percent in 2008 and 2009, respectively.

Steve Howard, the executive director of the Vermont State Employees Association, said furloughs have long been a bargaining issue.

Reardon emphasized that it is critical for the state to maintain its AAA bond rating. To that end, the Shumlin administration has made no reductions in the state’s debt obligation payments, pension commitments, budget stabilization fund and a $5 million rainy day reserve fund.

The fiscal year 2016 budget will likely be difficult, Reardon said, because the revenues for fiscal year 2016 are already “$20 million under water,” before “counting the ups for next year.”

Thanks for reporting an error with the story, "Shumlin lays out $31 million in budget cuts"