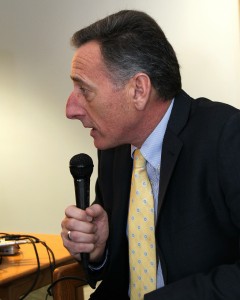 If Gov. Peter Shumlin pursues a payroll tax to fund a publicly financed health care system, he will meet heavy resistance from one of the state’s most influential business groups.

Betsy Bishop, president of the Vermont Chamber of Commerce, says her organization and its members would not look favorably on a payroll tax.

Last week, Shumlin told Times Argus Editor Steve Pappas that a payroll tax would be one of the vehicles for funding a single-payer, universal health care system in Vermont. Shumlin has been touting single payer for years, but he has provided little detail to date about how the state would pay for the system.

“Clearly, the payroll tax is going to have to play a major role,” he told Pappas.

Shumlin’s Office of Health Care Reform is working on a financing plan to raise an estimated $1.61 billion for the system, and the governor says he will hand the plan to the Legislature in January 2015. The state would not be eligible for a waiver from the Affordable Care Act to implement a single payer plan until 2017.

Jim Harrison, who runs the Vermont Grocers’ Association, which represents 700 retailers and 250 suppliers, says he is not surprised the administration is considering a payroll tax.

“It is logical a payroll tax would be under consideration because a lot of insurance premiums are paid for by employers,” he said.

Exactly how a payroll tax would affect businesses, however, depends entirely on how it would be leveraged.

“You could have a number of employers that could be dramatically hurt and others who could be substantially helped by such a system,” Harrison said.

Shumlin said the biggest shock would be felt by businesses that don’t currently contribute to their employees’ insurance.

“The question is: How do you ratchet in the folks that are paying nothing slowly enough so that it doesn’t hurt their bottom line?” he said to Pappas.

“We pay about 18 percent of payroll for health care premiums,” Shumlin said about his family business, Putney Student Travel. “You can call it a tax or a premium, but it’s coming out of our bottom line.”

Vermont Businesses for Social Responsibility supports a publicly financed health care system, and the organization’s team has been looking at various funding options for the past couple of years.

Dan Barlow, a lobbyist for the group, says, “There really aren’t that many buckets of money.”

“Taxing junk food is not going to pay for our health care system," Barlow said. "The payroll system is one of those big buckets you can go to. The income tax is as well.”

David Coates, who chairs the 20-member Governor's Business Advisory Council, says he prefers the payroll tax to an increase in income taxes.

“It’s one of the funding mechanisms that has to be on the table from my perspective,” he said. “It certainly beats the income tax. You have to look at whether something will be so onerous it will make us anti-competitive and drive people out of the state of Vermont. There are people saying that our income taxes are too high.”

“I think it’s really fair to say that the current system relies heavily on payroll contributions, and we certainly continue to take a hard look at this option,” Costa said. “I wouldn’t be shocked to see the payroll tax as a component of one or more of the plans.”

A plan, however, has not yet been developed, he said. 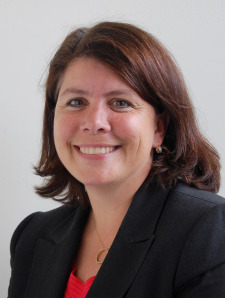 Shumlin also articulated this sentiment, in his interview with Pappas.

“If we could lift up the veil on this thing, and we had it all planned out, and we could tell you exactly how it was going to work, I wouldn’t be sitting here,” he said. “We would have done it already.”

Bishop of the Vermont Chamber said legislators ought to know what the system looks like before they vote on a financing plan for single payer.

“Before we can define what tax this comes from and how much money we can raise from a tax, I think the state needs to be very clear about what the definition of single payer is, and what the benefit package is, and who is eligible for it, and how much we are paying providers,” she said. “If you change any single one of those factors, the overall cost of the system changes.”

Thanks for reporting an error with the story, "Shumlin plan to use payroll tax to fund single payer unpalatable to m..."