Employees at Sodexo, the French multinational food services company that operates dining halls at the University of Vermont, the Vermont State Colleges and elsewhere in the state, are bracing for the possibility that they’ll be demoted to part-time status and lose some of their benefits.

Sen. Philip Baruth, D-Chittenden, who is also an English professor at UVM, said he’s been “inundated with complaints” from food service workers at UVM. Baruth wrote a letter on their behalf Tuesday, asking Annie Noonan, the commissioner of the Department of Labor, to investigate.

Noonan said Thursday that her department is reviewing the allegations, and she plans to respond promptly. “We are pushing it to the top of our pile,” she said. 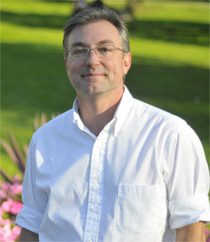 Sodexo workers at UVM have been reluctant to speak publicly about the matter but, according to Baruth, their concerns boil down to this — Sodexo is planning to cut back on hours, bringing “many” employees below the 30-hour per week mark in order to cut benefits. And it plans to “retaliate” against employees who go public with their concerns.

“They are serious and numerous, and I would be amazed if they weren’t telling the truth,” Baruth said of the complaints. “If they are true, I think the state needs to become involved sooner rather than later.”

Sodexo’s public relations manager, Enrico Dinges, said in an email response that the company isn’t reducing employees’ hours, and it isn’t discontinuing its benefits program for full-time employees. It is, however, changing its definition of a full-time employee. That could mean some employees will lose their full-time status and the benefits that come along with it, starting Jan. 1, 2014. According to Dingo, however, employees who are longer eligible for paid vacation and sick leave will receive an “equivalent increase in pay to compensate.”

That change, according to Dingo, will bring them into compliance with the Affordable Care Act.

“Discussions around Sodexo benefits for employees is likely related to our efforts to comply with the provisions mandated by the federal government as part of the Affordable Care Act. Although final regulations have not been announced, Sodexo is already working to be compliant with the Affordable Care Act and its guidelines,” he wrote.

Under the new definition, hourly non-exempt employees will be classified as full-time if they work an average of 30 hours or more per week over a 52-week period.  Under the current definition, an employee is full-time if he or she works 30 hours per week for six or more weeks each quarter.

Details about the policy changes are scant — it’s not clear whether Sodexo has a choice in the matter, whether employees will lose benefits, and, if so, how many.

Dingo said Sodexo, which has 125,000 employees at 9,000 locations in North America, won’t have a tally on the total number of affected employees until mid-October.

There is no substance to claims that Sodexo will retaliate against employees who speak out, according to Dingo. However, only one Sodexo employee on UVM’s campus would speak on the record on Thursday.

Bill Barbour, who works in utilities at the UVM’s Cook Commons Dining Hall, said he will no longer be considered a full-time employee because he doesn’t work during the summer, and the change will eliminate his sick time and vacation days. He does not have health care, but if he did, he said he would have lost that also.

“I don’t agree with it,” he said. “It’s not our fault that we’re closed in the summertime.”

Barbour said it is difficult to find summer work because he is committed to working full time with at the university dining halls during the school year.

The new policy was announced during an orientation for Sodexo employees and goes into effect Dec. 31, according to Barbour.

UVM officials said the matter is out of their hands. In response to a request for comment, the university’s communications director, Enrique Corredera, provided an email response.

“Sodexo has informed the University of Vermont that it is making some changes in its personnel policy to comply with legal requirements in the Affordable Care Act," Corredera wrote. "Under our contractual relationship with Sodexo, the company is solely responsible and in control of its human resources decisions and actions.”

Noonan said the department will spell out these options when it responds to Baruth.

The commissioner said Thursday that she couldn’t weigh in on the validity of the complaints: “At this point it will be premature to tell you what I’m looking at, and I’m not going to get ahead of our formal analysis.” But she hopes to have addressed them all by Monday.

“We’re not going to deliberate for three weeks,” she said. “It’s not in anybody’s best interest. We can spend a lot of time on this or we can say, ‘this is our best quick analysis, senator.’”

On Wednesday, Sodexo informed Vermont State Colleges officials that it was making changes to its personnel policy, but VSC officials are still trying to parse the implications, according to communications director Dan Smith.

“We’re still figuring it out,” Smith said, adding that he wasn’t aware of any complaints among Sodexo workers on the VSC campuses.

Sodexo has other sites in Vermont, as well; the company has not responded to a request for a complete list.

Editor's note: This story was updated with more information from Sodexo at 9:30 a.m. Sept. 6.

Thanks for reporting an error with the story, "State to look into complaints against food service giant Sodexo"