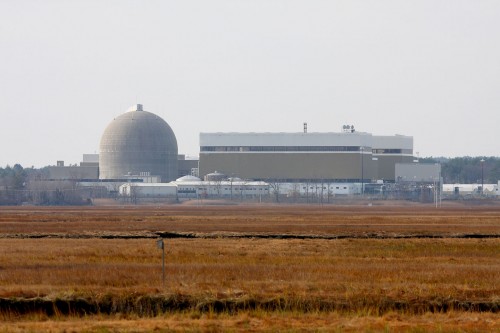 Green Mountain Power’s 23-year agreement to purchase power from a New Hampshire nuclear power plant is a sure bet.

The Vermont Public Service board approved the power purchase agreement between the Vermont utility and NextEra Energy Seabrook Friday, approving a certificate of public good.

The agreement serves to replace a portion of the power that from two expiring Green Mountain Power contracts: one with the Vermont Yankee Nuclear Power Station and one with Hydro-Quebéc. The two expiring contracts account for approximately three quarters of the utility’s power supply. Earlier this year, the board approved a new contract with Hydro-Quebéc which will allow Green Mountain Power to purchase electricity from the Canadian utility through 2038. The Seabrook agreement will replace part of the gap between its projected needs and committed energy supplies (including Hydro-Quebéc). According to the order, the agreement would meet approximately 24 percent of the company’s annual energy requirements in its early years.

“This is part of an overall energy vision to get low-carbon, low-cost, reliable energy for our customers,” said Dotty Schnure, a spokeswoman for Green Mountain Power.

Schnure said these reductions are designed to reduce the amount of energy the company receives from the nuclear facility in Seabrook, N.H., and replace it with renewable sources.

Despite some opposition to the idea that Green Mountain Power was replacing one nuclear facility with another from out-of-state, the public service board proceedings drew little opposition. The board received three letters in opposition to the agreement, all stating that Green Mountain Power should purchase electricity in-state from Vermont Yankee rather than out-of-state from Seabrook.

The decision finds the agreement will provide an economic benefit to the state by providing relative long-term price stability, reliability, and a competitive price compared to alternative sources.

The Vermont Department of Public Service also supported the agreement as providing an economic benefit to Green Mountain Power customers.

Liz Miller, commissioner of the Vermont Department of Public Service, said she was not aware of any opposition that arose during the Public Service Board review process.

The decision to purchase power from Seabrook to replace Vermont Yankee came more than a year after the Vermont Legislature voted against renewal of the facility’s certificate of public good, and a federal judge has yet to rule on a case between Entergy, the facility’s owner, and the state. Local environmental groups had opposed the decision in May to purchase nuclear power from an out-of-state facility to make up for some of the energy that Green Mountain Power would lose from Vermont Yankee.

James Moore, clean energy program director for the Vermont Public Interest Research Group said the organization was still opposed to the agreement. Although he said he was not surprised that the Public Service Board had approved it.

“Nuclear power is inherently dangerous and creates a toxic legacy for our kids,” Moore said.

Thanks for reporting an error with the story, "Public Service Board approves Green Mountain Power, Seabrook deal"