This commentary is by Liz Royer of Williston, executive director of the Vermont Rural Water Association, a nonprofit that supports public drinking water and wastewater systems and promotes public health and clean water protection.

Over the last year, you may have worried about your job, about your children’s education, about putting food on the table and finding toilet paper. But did you ever worry about turning on the faucet or flushing the toilet?

You didn’t have to, because Vermont’s water and wastewater utilities continued providing safe drinking water and treating wastes.

And now we have the opportunity to invest in the state’s drinking water and wastewater infrastructure. The American Rescue Plan Act will provide $1 billion to the Vermont state government plus $198 million to cities and towns, that can be used to protect public health, strengthen local economies, and preserve the environment through investments in water and sewer infrastructure.

Drinking water utilities began being established in Vermont in the late 1800s, and it is not uncommon for communities to still be using water lines that are 100 years old, or older. Deteriorating infrastructure is expensive to maintain and can cause contamination concerns — especially when components are made of lead.

Due to budget constraints, many water and wastewater systems have taken a piecemeal approach to maintenance, replacing individual components as they break. And due to the pandemic, all but the most vital maintenance has been deferred during the last year.

Just like our nation’s highways and bridges, our water and sewer infrastructure, most of which is buried and out of sight, have outlived their life expectancy and are in desperate need of an overhaul. The Green Mountain Water Environment Association estimates that water utilities will require $350 million to address immediate infrastructure and water quality challenges over the next three years.

The most recent Vermont Infrastructure Report Card from the American Society of Civil Engineers gave our state’s wastewater infrastructure a D+, while drinking water received a C-.  That translates to somewhere between poor and mediocre.  For a state that prides itself on protecting our environment and supporting our local communities, this is unacceptable.

How important is modern water infrastructure? Ask the people of Texas how they fared without drinking water during the Valentine’s Day winter storm. Ask the residents of Flint, Michigan, how they felt upon learning that their families had been drinking lead-contaminated water for years. Ask yourself whether you want this to happen in Vermont.

The American Rescue Plan funds provide a once-in-a-generation opportunity to modernize water and sewer infrastructure at no cost to Vermonters. Gov. Phil Scott’s proposed allocation of these funds, released April 6, does include $170 million for clean water. However, the majority of this money is designated for new projects rather than upgrading existing infrastructure. This proposal will not help meet the current needs of our drinking water and sewer utilities.

There is the possibility that the Build Back Better bill, President Biden’s infrastructure plan, could provide funds for water and sewer upgrades. But as there are many unknowns about this bill — including whether Congress will pass it — Vermont would be wise to strategically invest the funding we have now in the places it is needed most.

Improved water services will provide the foundation for communities’ economic recovery, for revitalizing downtowns and developing affordable housing, and for protecting the environment. Studies have shown that every dollar spent on water quality infrastructure returns $2.95 to the local economy.

Using American Rescue Plan funds for this work means that water rates won’t increase and add additional burden to low-income Vermonters. We have the opportunity now to safeguard the state’s most vulnerable populations while protecting public health for all.

Thanks for reporting an error with the story, "Liz Royer: Now is the time to prioritize water and sewer infrastructu..." 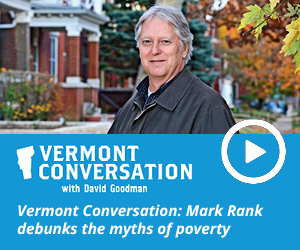