The nation’s first college graduate of Black descent — and Vermont’s first legislator of the same — will have his own day in the Green Mountain State this year.

Lawmakers this month passed a concurrent resolution establishing Sept. 23, 2020 as Alexander Twilight Day, recognizing the 225th birthday of the preacher and educator who made his name in 19th century Orleans County.

The resolution — sponsored by the Northeast Kingdom’s legislative delegation — had been in the works for months as part of a year celebrating Twilight’s legacy, said Molly Veysey, director of the Old Stone House Museum in Brownington, the site of a boarding school Twilight ran.

Legislators and museum leaders originally planned to announce the resolution in April, before the spread of Covid-19 postponed the initiative.

But the May 25 killing of George Floyd by police in Minneapolis — and the subsequent protests nationwide over police brutality against Black people — gave the simple legislative acknowledgement greater urgency.

“Unfortunately, sometimes it takes trauma — national trauma — to really recognize those local heroes that were doing that work prior to us,” Veysey said. “And I think that’s probably part of what we’re trying to capture.”

Twilight was born in the Bradford area in 1795. Historians believe his father was black or biracial and that his mother was white or biracial.

He ran the Orleans County Grammar School in Brownington, where in 1830 he built the massive granite dormitory now known as the Old Stone House Museum. Throughout his career, he taught more than 3,000 students, in addition to preaching to congregations at a church in town. He won election to the Legislature in 1836.

“It’s pretty remarkable to look and say, ‘My gosh, we’re still having these conversations today, but what can we learn from someone like Alexander Twilight?’” she said.

People at his time may not have recognized Twilight as Black — he had a light complexion — but Veysey believes it’s important to acknowledge his racial heritage today.

The recent national reckoning over racism gave the museum an opportunity to draw more attention to “this great man of color in our history,” she said.

So Carmen Jackson, board vice president for the Orleans County Historical Society, which runs the Brownington museum, reached out to state leaders about moving up the resolution date.

Museum officials wanted the resolution to come out on Juneteenth, the day celebrating the freedom of enslaved people in the United States.

It passed June 12, a week early, but Rep. Brian Smith, R-Derby, acknowledged it on the House floor on the holiday, according to Rep. Vicki Strong, R-Albany.

“It just touched me deeply to have a positive person to honor on that day and to say, as Vermonters, we want to unite together,” Strong said.

Smith, whose father was a trustee for the museum’s board, said he hopes legislators and the public can gather there in the fall to celebrate Twilight’s legacy.

That ceremony, if Covid-19 allows it, will also feature the unveiling of a new historical marker at the museum. For the first time, it will acknowledge Twilight’s Black heritage.

Sha’an Mouliert, an advocate for racial justice and educator in the Northeast Kingdom, said she is excited Twilight is gaining broader recognition.

But she wants to see greater efforts come.

“I’m not going to say no to any highlight,” said Mouliert, who is Black. “I’d like for people to be deeper.”

“(With) this opening that I’m excited about, what are the new things that they’re adding to the narrative?” she asked.

She wonders, too, about the people of color in the Kingdom’s history who haven’t received the recognition afforded to Twilight — an educated man with a prominent pulpit — because they lacked the opportunities he had.

Mouliert hopes the Legislature’s acknowledgement of Twilight can be a catalyst.

“What I’ve been seeing and experiencing … is performative efforts,” she said. “And I would like to see transformative actions.”

The Old Stone House Museum has launched a weekly summer education program on Fridays for kids, which will focus heavily on Twilight’s life and impact.

He used education as a conduit for equality, said Veysey, and the museum wants to continue that tradition.

“We are extremely, uniquely perched to be important during this conversation,” she said. “Not just us, but historical societies that have a legacy of people of color across the country, [to] shine a light on what the conversations were back in the 19th century and how they can inform today.”

Thanks for reporting an error with the story, "How the national reckoning on race pushed Alexander Twilight Day forw..." 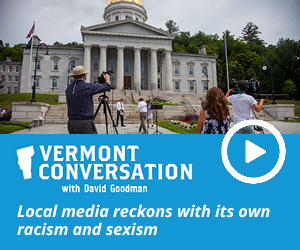