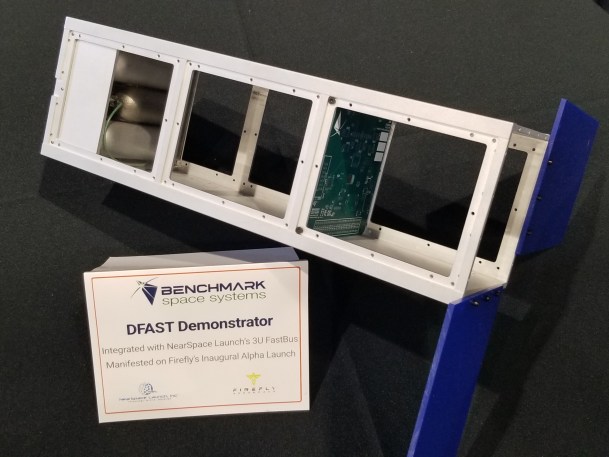 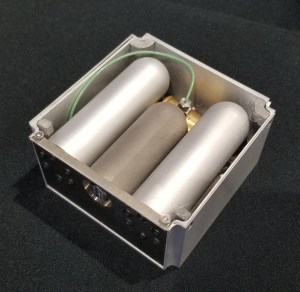 Benchmark Space Systems, a South-Burlington-based tech company, is ready to send its first propulsion system to space next year.

Established in 2017, the company focuses on providing propulsion system for small satellites, according to its website. Chris Carella, director of business development for Benchmark Space, said they are going to fly their DFAST propulsion system as an “on-orbit demonstration” in the first quarter of 2020. It is a milestone for the company.

The satellite will be sent to orbit 300 kilometers away from Earth.

“Because until you do that in-space demonstration, you’ve only demonstrated the capability in a vacuum chamber here on Earth. So it’s a next step in maturing the business and technology,” Carella said.

According to Benchmark Space, it has signed an agreement with Firefly Aerospace, a Texas-based manufacturer of launch vehicles, to secure the space ride with Firefly’s inaugural Alpha Rocket launch. NearSpace Launch, a small satellite manufacturer in Indiana, will provide 3U FastBus satellites and support the mission. 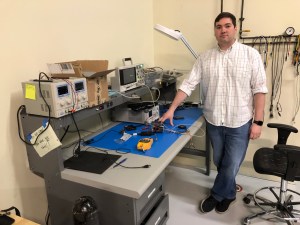 Unlike other systems, Carella said the DFAST propulsion system is unpressurized until the satellite is in orbit. This functionality makes the satellite shipment and launch safer.

Benchmark Space already has millions of dollars of backlogged orders, Carella said. A successful demonstration would lower the risk factors for customers and the company would start to ship out its products. He said it is looking to sell 100 to 200 systems a year.

There might be tens of thousands of small satellites in orbit around the Earth over the next decade, Carella said, to provide people with a better cellphone and TV service, to monitor environmental changes, and even to enable self-driving cars.

“There’s going to be a lot of traffic in space. Propulsions will help satellites navigate around each other to avoid collisions in space,” he said.

In addition, the propulsion system, with a price of $50,000, can extend a satellite’s life from one or two years to two or four years, said Carella. A satellite could cost from $500,000 to $5 million.

“Instead of sending a $500,000 satellite up each year, you could send one up and it will last two years. We’re essentially doubling the value of your satellite,” Carella said.

He also said because the propellant for the propulsion system is non-toxic and approved by the Department of Transportation for shipping, the company can fuel up the system in its lab before shipping it out. A lot of other systems, however, require staff at the launchpad to do the same work on launch day, which drives up costs and safety concerns.

Thanks for reporting an error with the story, "Vermont space company looks to debut its product next year"