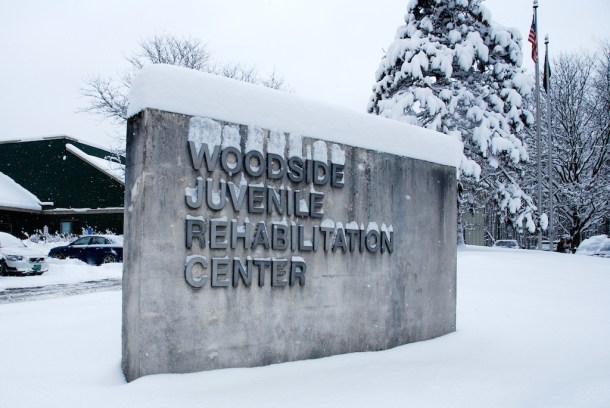 [A] lawsuit brought on behalf of a 17-year-old at the Woodside Juvenile Rehabilitation Center over allegations of excessive force and dangerous use of physical restraints at the facility has been dismissed as a result of the teen being released from state custody.

The legal action had been seeking “emergency injunctive relief” on the teen’s behalf against the state’s only juvenile detention facility.

In the one-page order, the judge stated that with the teen no longer held at the Colchester facility and lacking a “credible basis to conclude” that he would return to Woodside, “the claim for relief is moot and the case must be dismissed.”

Vermont Defender General Matthew Valerio said this week that he was disappointed with the court’s ruling.

“It’s a legitimate way and it’s an easy way out without ever having to deal with the underlying issues,” Valerio said.

He said his office intends to file a new case against the Department for Children and Families, which oversees Woodside, on behalf of another teen who is being held at the facility involving similar alleged practices there.

“You’ll probably see something within a month,” Valerio said.

DCF Commissioner Ken Schatz could not be reached for comment on the dismissal of the case Friday, according to department spokesperson Luciana DiRuocco.

She referred questions to a statement that DCF issued after the lawsuit was filed in April. According to the statement, DCF does everything it can do to avoid physical restraints, though sometimes it becomes necessary to protect staff and youth.

Also, according to DCF, Woodside has not seen a serious injury stemming from a restraint in more than 10 years.

The case was dismissed after the judge heard several days of testimony, and more was scheduled to take place.

Among those testifying was Paul Capcara, a registered nurse and director of the inpatient psychiatric unit at Cottage Hospital in Woodsville, New Hampshire.

He was highly critical of the use of physical restraints at Woodside, telling the judge that if practices don’t change, the risk of harm to minors as well as staff remains.

Assistant Attorney General David McLean represented DCF in the lawsuit. In cross-examining Capcara, McLean painted a picture of Woodside staff as justified in their actions in restraining the teenager at the center of the lawsuit, taking steps proportional to his behavior.

In the lawsuit, the Defender General’s Office had been seeking to stop the facility from using the “purposeful affliction of pain” when restraining minors.

In addition, the filing called for Woodside to stop restraining minors while face down and to follow nationally recognized approaches when using restraints.

The plaintiff in the lawsuit was a 17-year-old boy, identified in the filing by his initials and referred to as “juvenile 1.” The lawsuit alleged that one staff member pushed a knee into his back as other staff members held him face down as restrained his arms and legs in March.

The teen had been making “suicidal comments,” on the day of the incident, according to the lawsuit. Also, the lawsuit stated, before he was restrained, the filing stated, the teen had motioned as if he was trying to hit a staff member as he tried to push through staff and get out of his cell.

DCF filed a motion to dismiss the case late last month after a state family court judge returned the legal custody of the teen to his parents, meaning he was no longer in the custody of DCF and Woodside.

“As a result,” the filing stated, “DCF no longer has any control over his placement. It would take an order of the Family Division returning legal custody to DCF before he could be administratively placed at Woodside again.”

With the teen no longer at Woodside, the filing added, the case is “moot” because the Defender General’s Office in the lawsuit on behalf of the 17-year-old was only seeking injunctive relief regarding the use of physical restraints.

The Defender General’s Office, in its own filing, opposed dismissing the case, arguing that it would be possible for the teen to return the facility without going through the family court.

The teen could return to Woodside for a variety of reasons, including violating his juvenile probation or committing a new offense, the filing stated.

Also, according to the filing, since the teen was restrained in March at Woodside, there have been other “physical interventions” involving other teens at the facility.

“Given the number of physical interventions occurring at Woodside and DFC failure to change its restraint and de-escalation protocols,” the filing stated, “additional litigation regarding excessive force at Woodside is very likely unless this court issues an injunction.”

The lawsuit came as state officials continue to debate what to do with Woodside. DCF Commissioner Schatz, in testifying before the Legislature earlier this year, termed the 30-bed facility inefficient and “jail like.”

The debate centers on whether to build a new facility, construct a smaller one due to dwindling numbers, or work with other residential treatment facilities in the state to treat some minors.

Thanks for reporting an error with the story, "Judge tosses Woodside excessive force suit"