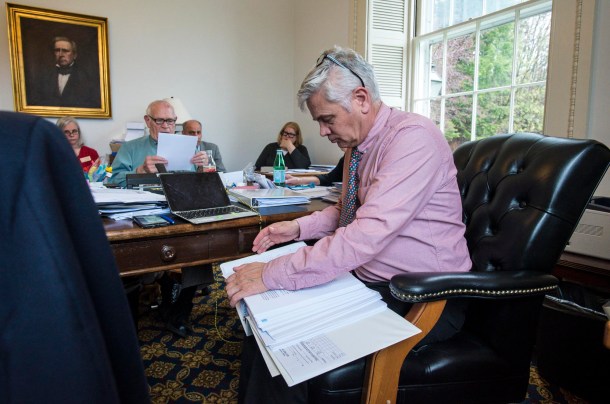 Sen. Richard Westman, R-Lamoille, rifles through a binder as the Senate Appropriations Committee discusses the budget bill on Friday. Photo by Glenn Russell/VTDigger

[I]n response to a reduction in demand for Reach Up, one of Vermont’s key social services for low-income families, legislators are proposing to cut 17 of the program’s state-funded caseworkers in the next fiscal year.

The budget passed by the Senate this week eliminates 12 caseworker positions in the Department for Children and Families, and five at the state’s parent child centers — a network of nonprofits that provide services to families with young children.

Since 2013, Reach Up, which offers financial benefits and employment counseling for low-income parents, has seen its caseload drop by 37 percent.

Factors including high employment and an aging population across the state could be driving down demand, some lawmakers say. And while the caseload has decreased, the financial benefits for families have been stagnant since 2004.

Senators reduced the number of caseworker positions, in part, so that they could increase the monthly benefits parents receive from about $640 to $700 — which will cost the state about $2 million.

“What it really comes down to is we can’t just leave people with significantly lower caseloads and not address that,” said Sen. Richard Westman, R-Lamoille, a member of the appropriations committee who writes the Department for Children and Families’ budget. “And particularly when the people that are getting the benefit haven’t seen an increase since 2004.”

But state workers and the state’s parent child centers are raising concerns about the Senate’s budget proposal, and pushing against the proposed cuts.

Floyd Nease, the executive director of the Lamoille Family Center, who has advocated on behalf of parent child centers to maintain the Reach Up positions, doesn’t dispute that caseloads are down.

But he said that the proposed budget doesn’t consider the possibility of increased demand that the program could face if the U.S. sees an economic downturn — which many economists suggest could be imminent.

“I understand that both the administration and the Legislature want to rightsize Reach Up, there’s nothing wrong with that,” Nease said. 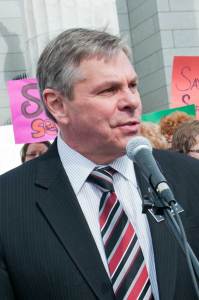 “The problem is the proposals so far seem to be based on spurious numbers that don’t anticipate another economic meltdown,” he said.

But instead of cutting positions from both DCF and the parent child centers, their budget proposals terminated the state’s Reach Up contract with the nonprofits — meaning the centers would lose about 20 caseworker positions.

Presenting the budget to the Senate Tuesday, Sen. Jane Kitchel, the chair of the Senate Appropriations Committee, said senators decided to cut positions of both state and nonprofit caseworkers.

“Rather than all on one side or all on the other, that case management capacity got reduced proportionally,” Kitchel said.

She added that although the Senate moved to cut Reach Up positions, the budget includes about 20 new positions in DCF’s family services division, which deals with cases of child abuse and neglect.

Steve Howard, executive director of the VSEA, the state employees union, said that if lawmakers are going to cut Reach Up caseworkers they should cut them from the parent child centers and not DCF. 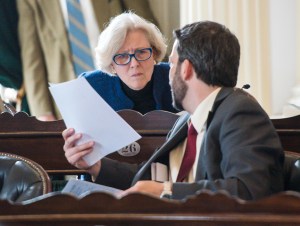 The Reach Up caseworkers at DCF typically have an average of nine years of experience, opposed to three for workers at the parent child centers, he said.

The cases that remain are the “most challenging” and better handled by state employees, he said.

“What’s left on the caseload are the folks who have the hardest barriers to success — homelessness, drug addiction, the opioid epidemic, all of those things are coming into place,” Howard said.

The state employees union supports the House’s position on Reach Up funding: cutting the parent child centers’ $1.6 million contract to pay Reach Up employees, and adding $1.2 million to the centers’ base budget.

But Nease argues for keeping the nonprofits’ caseworkers, and said that the parent child centers are able to offer families on Reach Up other services and financial benefits that DCF lacks.

CORRECTION: A previous version of this article incorrectly said Reach Up parents receive weekly benefits from about $640 to $700. That is the monthly amount.

Thanks for reporting an error with the story, "Budget proposes eliminating Reach Up caseworkers"