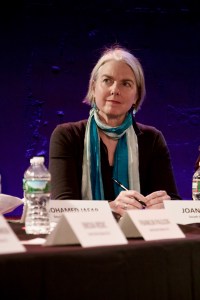 The contest has been one of the most closely watched of the municipal election, after sexist tweets Jafar posted several years ago were uncovered earlier this month. Jafar apologized for the posts but declined to end his candidacy.

Shannon has been on the council since 2003, and served as president for three of those years. She’s won the seat six times, with this campaign marking her seventh consecutive run.

But Jafar and DeFrancis think it’s time to change the council’s status quo, and bring in younger voices with new perspectives. Shannon is 54, DeFrancis, 27, and Jafar, 22.

DeFrancis’ platform includes initiatives like eliminating parking spaces in favor of bike lanes, and launching a zero-interest microloan program for New Americans. He thinks issues like the City Hall Park project and the Church Street mural have been time-wasters for the council.

Many of Jafar’s initiatives align with Progressive stances, highlighting income inequality and cost of living as major issues, according to his campaign website. He believes he can act as a bridge between New American communities and the city as a whole — originally from Somalia, Jafar came to Burlington with his family as a refugee when he was 7 years old. Jafar did not respond to multiple interview requests from VTDigger for this article.

Shannon, a realtor, has focused her campaign on the issue of housing in Burlington, saying there needs to be a focus on affordable market-rate housing, not just on subsidized housing.

“I think we need to continue to attract federal dollars for housing subsidies to help the most vulnerable,” Shannon said in an interview. “It’s easy to say, ‘oh, we need more affordable housing. But I’ve seen [Jafar] come out against development, and you know, the people who provide affordable housing are developers. Housing Trust and Cathedral Square, they are developers.”

Shannon said it’s been hard for her to tell where exactly Jafar’s ideas differ from her own, criticizing him for not putting out specific policy proposals.

Shannon stressed the importance of addressing Burlington’s opioid epidemic. She said when she was first elected to the council, the epidemic was just beginning, and that she’s been proud to watch the city’s approach to the problem become truly effective over the past several years. 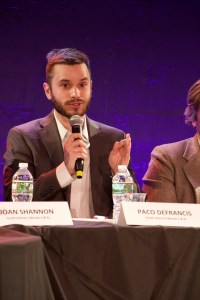 “We’ve recently gotten indications that we’re on the right track in addressing these problems,” Shannon said, referencing the city’s 50 percent drop in opioid deaths. “Burlington has become a model around the country for how to address this problem. I’m very proud of what this administration and this police chief has accomplished with the community.”

DeFrancis compared Burlington’s stance on development to Amazon’s abandoned plans for establishing a New York campus. He said the development would have been a great investment for New York City, and that when politicians on the left put up “unnecessary” regulatory hurdles, they stifle jobs and opportunities.

“There’s a huge discrimination between the haves and the have-nots when it comes to housing,” DeFrancis said. “Homeowners are doing great, while renters are getting hammered because we don’t have enough growth in housing supply, and we’re not doing enough to encourage growth and development.”

DeFrancis said offering incentives that pay people to move to Vermont is the wrong approach. Instead, he thinks there should be more focus on retaining the state’s young population.

“Throwing $5,000 per person isn’t really going to make any meaningful change,” DeFrancis said. “We need to a make Burlington more attractive and desirable for young people through job opportunities and workforce development options.”

One idea he has is to sell Memorial Auditorium, and use the proceeds to build a small technical college downtown or in the South End, to help train lower income people for skilled work. 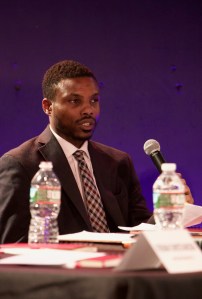 DeFrancis launched his campaign as a Republican, but later switched to run as an independent. He said though he remains fiscally conservative, and right-of-center on most issues, his views don’t align with those of Republicans like city council member and state Rep. Kurt Wright, Gov. Phil Scott or President Donald Trump.

Meanwhile, Jafar says on his campaign website that he wants to tackle the issues of increased minimum wage and paid family leave in Burlington. Jafar proposes that expanding the city’s livable wage ordinance to all workers and contract workers, including those at the airport, would be a good first step. He also thinks the city should use its power as a contractor to only work with firms that pay livable wages.

He wrote that he wants to “strengthen Burlington’s standards for development agreements to ensure TRULY affordable housing, local jobs to local people, and development that reduces energy use (has a net positive gain) and halts pollution to the lake.”

His campaign has also emphasized the issues of affordable childcare and youth engagement.

Meanwhile, though Jafar’s past social media posts made a splash, they haven’t been a talking point for the candidates. Jafar apologized for his comments immediately after they came out, saying that they don’t reflect his current beliefs.

Both Shannon and DeFrancis said the tweets, while upsetting, aren’t something they want the race to focus on.

“People were aghast,” Shannon said. “I definitely have gotten some Progressive support that I would not have otherwise gotten because of those tweets. But I’m not running on his tweets.”

Thanks for reporting an error with the story, "Shannon faces two challengers in South District race"

Vermont allows out-of-state workers to get vaccine, with kids soon to follow

Media push back on proposal to bar press from Statehouse