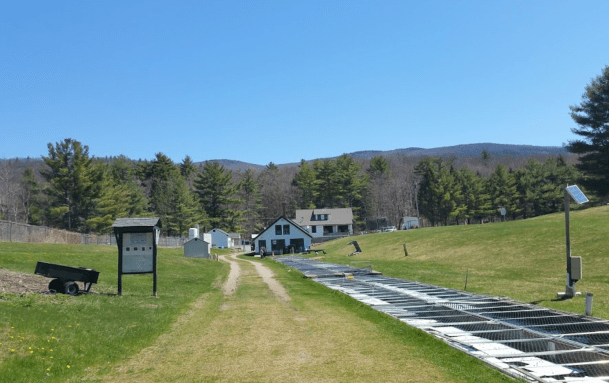 [A]s part of his plan to keep Vermont’s budget balanced, Gov. Phil Scott is angling to close one of Vermont’s five fish hatcheries, a move his administration says would save $250,000 next year.

But the proposal has drawn criticism from members of the fishing and hunting community who say the plan would harm rural areas that rely on tourism dollars from anglers, and hinder efforts to restore native fish species.

Many argue the department should have proposed raising its fishing and hunting license fees to to narrow its funding gap, instead of closing the facility.

With expenses mounting and revenue declining, the Vermont Department of Fish and Wildlife saw closing Salisbury Fish Culture Station as a source of savings.

The department’s commissioner, Louis Porter, acknowledged that shutting down this hatchery, the primary source of trout eggs for the state, will likely lead to a decrease in revenue brought to the state by anglers. 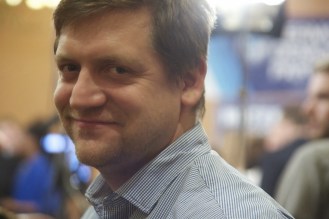 “Fishing is a very significant economic driver in Vermont,” Porter said. “But the fact of the matter is that with expenses increasing faster than our revenue, we need to budget within our revenue.”

Porter also noted that the Salisbury hatchery produces a significant amount of fish waste that discharges into a nearby stream. If the facility remained open, the state would likely need to spend $12-13 million to meet state and federal clean water standards, he said.

“We needed the operating savings. We knew that hatcheries were one of the few places we could go for those savings, and this hatchery had another problem looming in the future,” Porter said, referencing the costly waste management overhaul.

James Ehlers, the executive director of Lake Champlain International, an organization that advocates for water quality with a focus on recreational fishing, said the Scott administration’s plan would be “disastrous” for Vermont’s fish populations.

“We are talking about basically, making our waterways devoid of life,” Ehlers said. “Fishing license sales are going to tank. Why would people who fish for leisure travel to Vermont to fish in streams with no fish?”

Currently, fishing in Vermont generates over $30 million in economic activity each year, according to Porter.

Sen. John Rodgers, D-Essex/Orleans, a member of the Senate Committee on Natural Resources, said the department should have recommended increasing the cost of hunting and fishing permits to close its revenue gap. 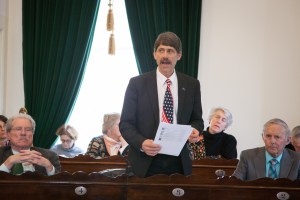 “This is the type of problem you come into when you have a policy like no new taxes and fees,” Rodgers said of the plan to close the hatchery. “I’ll tell you, the anglers will be much more angry if that hatchery closes than if their fees go up.”

“We know people that come to Vermont to fish spend a ton of money here and when those fish start drying up that money will too,” he added.

Porter said incrementally raising permit fees is not a long-term solution to the department’s financial struggles. He added that he and the governor also want to avoid raising the cost of living in Vermont.

“One small piece of that is the cost of our licenses,” he said.

Porter said his department’s revenue decline has been driven, in part, by fewer Vermonters paying for fishing and hunting licenses, as the state becomes more urbanized.

If the state decides to shut down the Salisbury hatchery, the commissioner said that over time, Vermont’s other four hatcheries would fill some of the void it leaves behind.

Porter admitted that closing the hatchery would likely result in fewer fish, leading to a decline in people fishing in-state. But he stressed it would not destroy the state’s fishing stocks or the ability for people to enjoy the sport.

“It’s not going to be the end of fishing in Vermont by any means,” Porter said.

Thanks for reporting an error with the story, "Searching for savings, Scott angles to close trout hatchery"