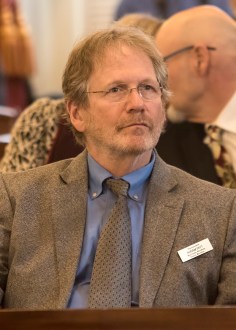 This story by Andrew Martin was published in the News & Citizen on Nov. 8.

[A]fter a two-year hiatus, Avram Patt is back representing the people of Elmore, Morristown, Woodbury and Worcester in the Vermont House of Representatives.

Patt, a Democrat from Worcester who lost his re-election bid in 2016, defeated Republican incumbent Gary Nolan, 1,871-1,628, to claim the second seat in the two-member Lamoille-Washington House district.

The other incumbent in the race, Dave Yacovone, D-Morristown, was the top vote-getter in the district, amassing 2,723 votes.

“I’m honored, I’m humbled, and I’m happy,” Yacovone said on election night. He focused a lot of his energy on campaigning in the three smaller towns in the district, where he’s not as well known as he is in Morristown, and that paid off this year. Yacovone handily won the most votes in Morristown, with 1,701, carried Elmore with 384 votes and edged Patt as the top vote-getter in Woodbury and Worcester with 260 and 378 votes, respectively.

Patt narrowly lost to Yacovone and Nolan two years ago; he and Nolan were separated by just 218 votes that year.

Patt thought he had a good shot of winning this year in part because in 2016 a Progressive candidate from Morristown, Marci Young, finished with 865 votes, many of which Patt thought would have otherwise gone to him.

“The last election was a much more complicated race,” Patt said. “This was obviously a much more clean, clear-cut decision with just three candidates.”

After narrowly losing in 2016, Patt also received a lot of feedback from voters and other legislators who all urged him to run again. He tucked that thought away for over a year, clearing his head, and then “decided to give it a try.”

“I think I did pretty well in the term I did serve,” Patt said. “I think I can contribute both as a representative for the district, and by looking out for the interests of the state.”

Patt went into the race knowing that any candidate not from Morristown, which is home to the vast majority of voters in the district, starts off at a numerical disadvantage. So, nearly all of the roughly 1,400 doors he knocked on while campaigning were attached to houses in Elmore and Morristown.

“Morrisville has two-thirds of the voters, and I’m not from there, so I needed to meet people face-to-face,” Patt said.

That work paid off; Nolan was hoping to do better in Elmore and Woodbury, especially knowing Patt would likely carry Worcester, but as soon as he saw the vote total in Morristown, where he was up by only 150 votes or so, he told his wife “I thought I was done.”

The final breakdown had Nolan with 1,116 votes in Morristown to Patt’s 961. “I thought I would carry Morrisville by a bit bigger margin,” Nolan said.

Patt won more votes than Nolan in the other three towns, though. Patt led Nolan 282-211 in Elmore and 258-202 in Woodbury. A substantial margin in Worcester, Patt’s hometown, sealed the deal. Patt got 370 votes there, just eight fewer than Yacovone, while Nolan received only 149. 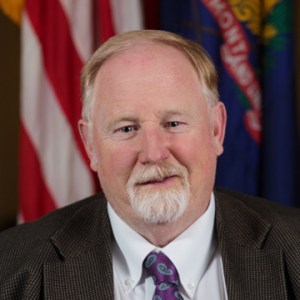 “I just want to congratulate them (Patt and Yacovone) on winning the seats, and running a good, clean campaign, just like we did last time,” Nolan said. He thinks Democrats across Vermont held a bit of an edge this election cycle, but he’s not sure the supermajority they won in the Legislature is a healthy thing for Vermont. He plans to take stock of things before deciding if he’ll run for the House again.

“We’ll see what two years bring, and see if people are looking for a change again then,” Nolan said. “I want to thank everyone who voted for me, and who worked so hard to get me re-elected.”

Now, Yacovone and Patt are switching gears and looking ahead to the next legislative session.

Yacovone would like to be back on the House Appropriations Committee come January, where he can continue to help craft the state’s health care and Medicaid budgets. Those tasks are extremely time-consuming, though, so with the election behind him, Yacovone plans to dive into more research to get back up to speed on all things budget-related.

Patt plans to confer with Democratic leaders in the House to see where he might be most useful. One of his top choices would be the health care committee, where he served during his first term.

Thanks for reporting an error with the story, "Patt ousts Nolan, Yacovone wins re-election in Lamoille-Washington ra..."