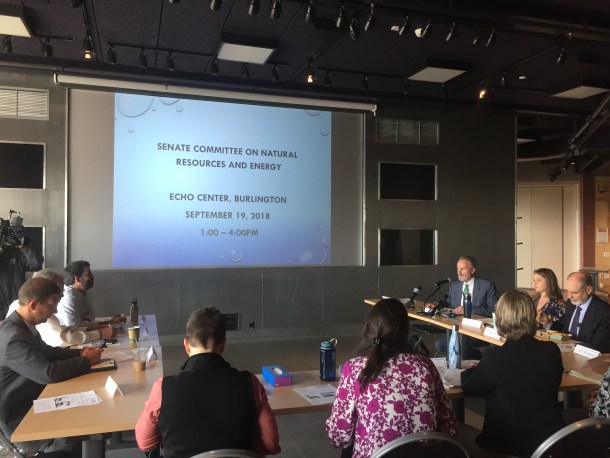 Sen. Chris Bray, D-Addison, kicks off a Senate Natural Resources Committee meeting last week on what to do about combined sewer overflows at the ECHO Center. Photo by Elizabeth Gribkoff/VTDigger

[B]URLINGTON -- A summer of high profile wastewater releases has shed light on the need for expensive upgrades to that component of Vermont’s aging infrastructure.

But municipal wastewater treatment managers are concerned that a focus on eliminating sewer overflows will take away funding from and even contribute to other water quality challenges.

Sen. Chris Bray, D-Addison, chair of the Senate Committee on Natural Resources and Energy, framed the problem of combined sewer overflows as closed beaches and swimming holes around the state after periods of heavy summer rain.

“Everyone wants to see safe, clean water for drinking and recreation,” Bray said, kicking off a committee meeting last Wednesday on combined sewer overflows at the lakeside ECHO Center. “That’s a shared goal for everyone around the room and around the table, we know that.”

The untreated water, which is 95 percent stormwater, spews out from outfall pipes into rivers and lakes, leading to levels of bacteria in nearby waters that stay elevated for 48 hours. Those releases are called “combined sewer overflows” or CSOs. 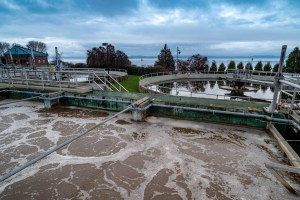 Wastewater treatment systems around the country are required to have permits that regulate their releases into streams or lakes. Vermont adopted a new combined sewer overflow rule in 2016 stating that regulators must require municipalities to submit plans to eliminate or treat overflows when they issue new permits.

Jessica Bulova, head of the Department of Environmental Conservation’s wastewater program, noted that the number of combined sewer overflow outfall points has declined significantly since the state first began addressing the issue in 1990. The total number of outfall points around the state has been reduced from 178 to 53.

Rutland has spent millions to enlarge its wastewater treatment plant to handle the influx of water during heavy storms, but that there will always be a bigger storm that will overwhelm the plant, said Wennberg.

“The only way to know for certain that there will not be a combined sewer overflow is to separate everything,” he said, estimating that complete separation would cost $150 million.

He added that “water quality will suffer” from complete separation, as stormwater that now flows through Rutland’s plant would flow untreated into the lake. Untreated stormwater contains pollutants like pet waste, road salts, phosphorus and pesticides. 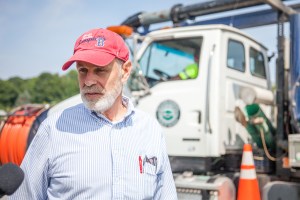 Burlington already separated wastewater and stormwater pipes in the '90s, with the exception of the downtown area, said Moir. The city just put forward a $30 million plan for immediate upgrades, and has been developing a long-term integrated water quality plan to find cost-effective ways to address all its legal requirements to clean up water heading to the lake.

Moir noted that while there were further actions that Burlington is planning to take to reduce the number of combined sewer overflows, she was concerned that “there will always be a bigger storm” that will lead to an overflow.

Mary Borg, deputy director of the DEC’s watershed management division, said that “it’s a little premature to be drawing conclusions that separation is where this is all driving toward.”

“The long-term control plans specifically require an alternative analysis, which includes separation, but it also includes having storage tanks, scaling the treatment plant capacity, disinfection, green stormwater (infrastructure) — as I said before, there’s a whole menu,” she added.

Meanwhile, St. Johnsbury has poured millions into separating its entire combined sewer system to lower bacteria levels in three streams as required by the state, said Chad Whitehead, town manager. While the bacteria levels in the streams have been declining, Whitehead referred to separation as a “double-edged sword” since he is now concerned that the streams will be considered impaired for polluted stormwater runoff. 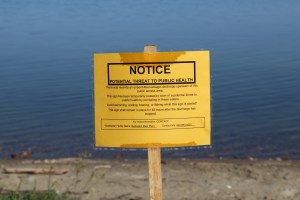 Signs advise beach goers against fishing, swimming or boating at Blanchard Beach in Burlington in May due to a sewage discharge. Photo by Elizabeth Gribkoff/VTDigger

Elena Mihaly, an attorney for Conservation Law Foundation, referred to beach closures from high bacteria levels as “a devastating outcome for our Vermont communities to be facing.”

She said that CLF would like to see every community with combined sewer systems have a “robust plan in place.” Right now, 10 of the 14 communities are currently developing long-term plans.

She added that the state needs to provide “a major injection of funds to assist municipalities,” noting that Vermont prides itself on having an environmental image. Wennberg echoed that request, referring to clean water as “as a statewide challenge” that needs state funding.

Sen. Chris Pearson, P-Chittenden, said the state “has struggled to adequately respond to either” the requirements in the Lake Champlain cleanup plan or combined sewer overflows.

Moir requested that the state provide clearer prioritization so that municipalities don’t feel like different clean water requirements are in conflict.

Bray, the Addison senator, responded that the Legislature could take an approach similar to energy planning in that there are state requirements that municipalities can develop their own approaches to meet. Mihaly noted that Vermont has to comply with federal clean water requirements.

Thanks for reporting an error with the story, "No easy, or cheap, answers to Vermont's wastewater problems, legislat..."