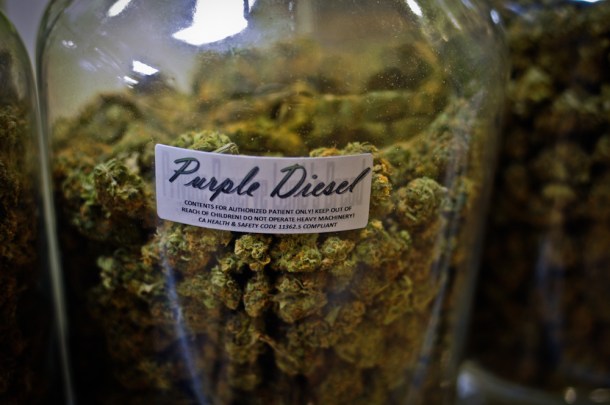 A jar of marijuana buds on display at a shop in Long Beach, California. Photo by Dank Depot/Flickr

Speaking at a meeting of the governor’s Marijuana Advisory Commission in Montpelier, Samsom said the state should only expect $15 million to $20 million of yearly revenue from retail cannabis, which will mostly cover the cost of increased government oversight.

“As far as beyond the actual costs to have a safe and responsible tax and regulated system, it is unreasonable to assume that there will be a lot of money floating around,” Samson said. “And when we get estimates for education, public safety, and highway safety: there will be great demands there.”

This $15 million to $20 million will cover education programs as well as the roadway enforcement and training needed to maintain public safety, he said. It does not include indirect revenue from cannabis tourism or cannabis industry jobs.

Meeting for the first time since January, the full Marijuana Advisory Commission spent two hours hearing from the public and listening to updates from the three subcommittees on education and prevention, public safety, and taxation and regulation.

Vermont legalized recreational cannabis earlier this year, but non-medical sale remains illegal. Last year, Gov. Phil Scott appointed a committee to come up with recommendations on roadway safety, education and prevention for minors, and a system to tax and regulate cannabis.

The committee will report back ahead of the next legislative session, when a tax and regulate bill is almost certain to come before lawmakers. The Democratic Party now supports a retail marijuana market as part of its official party platform.

Both Samsom and Craig Bolio, deputy tax commissioner, said the subcommittee on taxation and regulation was still grappling with the question of where to set the tax rate on cannabis sales. 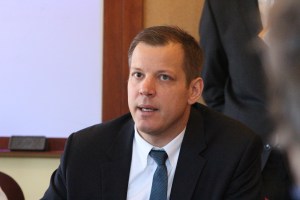 “We are trying to balance where we are creating enough revenue to fund programs while also making the illicit market less viable,” Samsom said.

Bolio said the subcommittee would recommend a retail-based excise tax option instead of a straight 6 percent sales tax, in order to have greater freedom in what programs revenue can be allocated to. All sales tax revenue goes into the state’s education fund.

It will also recommend that all towns, not only those that decide to have retail locations, will get a portion of the revenue for safety programs, which was discussed at a meeting last month.

Lt. Gov. David Zuckerman, a leader of the Progressive Party and a longtime advocate for legalizing marijuana in Vermont, said in an interview Monday that he is not convinced that a $15 million revenue estimate is accurate.

“Other estimates are between $25 and $75 million and that is solely from cannabis tax, not including the jobs in both the industry that will come above board and tourism that will be expanded,” Zuckerman said.

“The Joint Fiscal Officer estimated over $350 million in economic activity when you include the the tourism jobs, the testing jobs, and the cannabis production and sales jobs,” he said, adding that because Vermont was near population centers in the Northeast it was better placed to bring in out-of-state business than a state like Colorado “in the middle of population desert.”

Health Commissioner Mark Levine, chair of the subcommittee on education and prevention, said his members had been discussing youth substance abuse prevention.

Referencing a strategy adopted by Iceland in the 1990s that has reduced the country’s youth substance abuse significantly, Levine said the key is to have communities in Vermont buy into after-school programs to keep children occupied in productive environments. 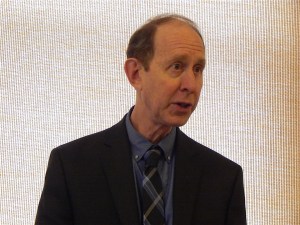 Health Commissioner Mark Levine speaks during a press conference on Vermont’s response to the opioid crisis on April 30. Photo by Mike Faher/VTDigger

“We are very sold on the concept that as an adolescent … the most vulnerable time for them is between 3 and 7 p.m. The whole concept of enriching the after-school environment with structured activity; some of which can be athletic, but also life skills and crafts, what in Iceland they call hobbies,” Levine said, “is that youth are positively impacted.”

In Iceland, this strategy, called the “Iceland Model,” has reduced youth cannabis use from 17 percent in 1998 to 6 percent in 2015 and has reduced drinking from 42 percent to 5 percent.

Levine also said the subcommittee has looked at the public health strategy used to curb opiate addiction at a young age “to work on the adverse child experiences that can be developed during that time and prevent someone going down that pathway of multiple substance abuse: from nicotine, to alcohol, to marijuana, to perhaps prescription opioids.”

Levine also said his subcommittee was concerned about cannabis edibles being marketed in youth-friendly packaging, such as gummy bears or chocolate bars.

Eli Harrington, co-founder of the cannabis news outlet Heady Vermont, told the forum that while after school programs are an important step in preventing youth from drug addiction, the real public safety issues surrounding cannabis have to do with quality control and proper testing.

Public Safety Commissioner Thomas Anderson, chair of the subcommittee on roadway safety, was next to report to the committee, said in his update that testing for driving under the influence of cannabis requires further study.

“As of right now, we do not have an effective way of testing drug impaired drivers operating motor vehicles on the roads of Vermont,” Anderson said.

An effort to pass a law that would have allowed police to do saliva testing for marijuana failed to make it out of the Statehouse this past session.

Anderson said his subcommittee has researched “zero tolerance” laws for marijuana intoxication in the United States and Canada that are similar to current laws on driving under influence of alcohol in Vermont.

“So we’re looking at, you know, whether there should be thresholds that trigger automatic liability for impaired driving. Again, it becomes difficult. We don’t have effective tests to get those numbers in anyway,” Anderson said.

The subcommittees are expected to meet at least one more time before sending final reports to the governor’s commission no later than Dec. 15.

Thanks for reporting an error with the story, "Don’t expect a marijuana tax ‘windfall,’ commissioner tells adv..."