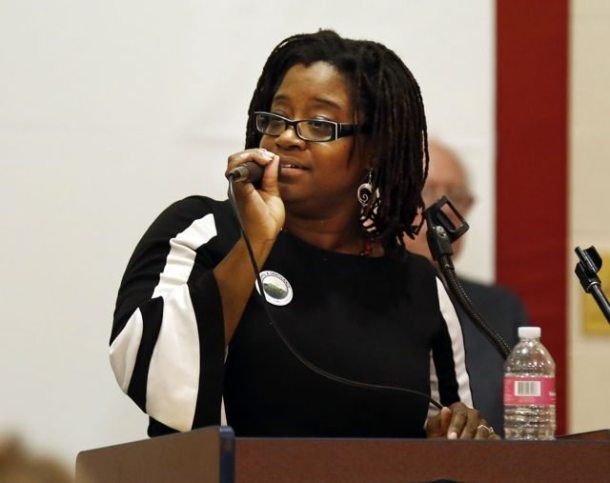 [B]ENNINGTON — Rep. Kiah Morris, D-Bennington, who has been the target of online racial comments and threats to her safety, has withdrawn her candidacy for re-election just 10 days after winning the Democratic nomination for a third term.

During her four years in the Legislature, Morris has become one of the strongest voices for women and minorities in Vermont politics.

“The last four years of service have been incredible; an enormous honor and significant responsibility," Morris said in an announcement posted online Friday.

"The last two years have been emotionally difficult for many. Political discourse, and in particular within the sphere of social media has been divisive, inflammatory and at times, even dangerous. It is my hope that as a state, we will continue to demand greater support and protections for one another from those forces which seek to divide and destroy our communities.”

Many of her supporters and colleagues in the Statehouse reacted with sadness to the news.

"I was sorry to learn that Representative Morris is withdrawing from the race,” said Sen. Brian Campion, D-Bennington. “Kiah has worked hard for her constituents, and I will miss working with her on issues important to her district and the state of Vermont. It will be hard to find someone to match her enthusiasm and commitment."

“I wish her and her family nothing but the best,” said Sen. Dick Sears, D-Bennington. “It was a pleasure working with Kiah on so many local issues, as well as in her role as a member of the House Judiciary Committee.”

According to local Democrats, Morris’ withdrawal by Friday allows name her to be taken off the Nov. 6 ballot and allows Bennington Democratic committee members to choose a replacement.
Among those interested in the Democratic nomination is Bennington Select Board member Jim Carroll, who lost to Morris in the primary during her first run for the House in 2014. 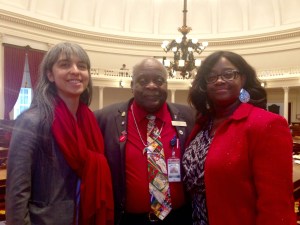 “I would be honored to replace Kiah,” Carroll said, “and I would work very hard to emulate her and serve in the best interests of Bennington, and of the state of Vermont.”

"I’ve always been interested in serving Bennington in my district. With that said, though, Kiah has worked hard for our town and our state; she deserves the respect in this incredibly trying time to help make this decision,” he said. “She has asked and endorsed Jim Carroll to replace her, and I will be supporting that however I can."

“In stark contrast to our national politics,” Morris said in her announcement, “I found within the Vermont Legislature, a family of individuals who care deeply about one another and look out for each other. Within our community, I continually am reminded of how many courageous, kind and giving individuals there are that have shown support for my work and my family.”

In August 2016, a mocking Twitter post by a Bennington man included a cartoon caricature of a black person. It was posted in response to Morris winning that year's primary nomination and sparked condemnation among political leaders locally and around state government after Morris posted a screenshot on her Facebook page.

During the recent primary campaign, Morris, who is African American, her husband, James Lawton, and friends have referred a number of times on Facebook to racially disparaging online comments and to the receipt of threats, many from outside the Bennington area.

In a post this week, Lawton said his wife has received “death threats and threats of harm from all over the country due to the Max connection,” an apparent reference to Max Misch, of Bennington, who authored the Twitter post about Morris two years ago.

Lawton has blamed white supremacist groups in Vermont and elsewhere for recent harassment and threats and complained in a Facebook comment that the FBI “told us there ‘wasn’t enough evidence to open a case.’”

He added in the post, “There was enough evidence to get a [2016] protection order from a judge against Max Misch, which is all local law enforcement had to offer, but not enough for any other action!"

Bennington Police have not commented on the status of possible ongoing investigations concerning threats to Morris.

Morris obtained a protective stalking order against Misch in December 2016 after contending she feared for her safety because Misch had sent her additional messages that fall. Judge William Cohen issued a year-long order on Dec. 1, 2016, in Vermont Superior Court Bennington Civil Division, in which Misch was ordered to have no contact with Morris or her family, and to stay 300 feet away from them and their residence.

In a 2016 exchange with the Bennington Banner through Twitter, Misch explained his post with the cartoon caricature, saying it was absurd for a black woman to represent a district that is overwhelmingly white. “Their values (or lack thereof) and way of life is totally foreign to me and vice versa,” he wrote.

Also in her statement Friday, Morris said she would finish out her term, and signalled she might return to state politics in the future.

“Please know, this is not a ‘goodbye forever,’ but a ‘see you soon.’ There is so much more incredible work to be achieved locally, statewide and nationally, and I look forward to working with you towards the continued strength of our state,” she wrote. “Thank you for the opportunity to serve you!”

Among those, Secretary of State Jim Condos said, “Kiah - I am so sorry it has come to this - I know the negatives you and your family have had to deal with - I wish you, James and Jamal the best - please know that many of us love and support you!”

Rep. Maxine Grad, D-Moretown, chair of the House Judiciary Committee on which Morris served, said: “Kiah, I will miss you! I thank you for your leadership, especially on our committee. I learned so much from you. I know we will continue to work together. Take good care. My love to you and your family. I will be checking in!”

Thanks for reporting an error with the story, "UPDATED: After threats, Kiah Morris withdraws from House race"