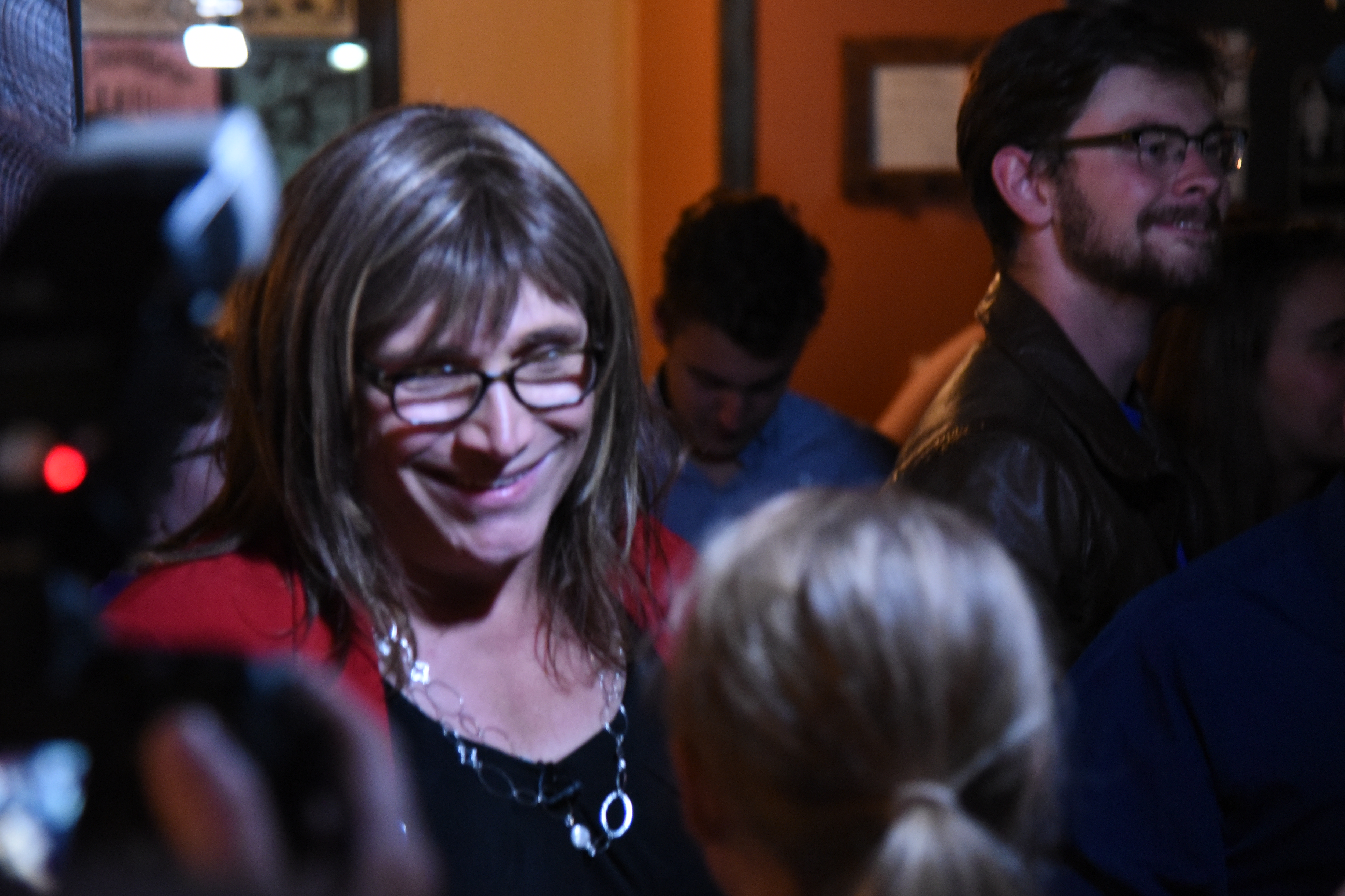 [W]ell, that turned out to be a little more interesting than expected.

After a desultory primary campaign, a respectable number of Vermont Democrats went to the polls and delivered a decisive victory for Christine Hallquist.

And after what appeared to be a downright absurd campaign, a barely respectable number of Vermont Republicans went to the polls and delivered a not very impressive renomination for incumbent Gov. Phil Scott.

This does not — repeat, not — mean that Hallquist is likely to beat Scott on Nov. 6. He is the heavy favorite. He is a popular incumbent, if less popular than he was a few months ago. He is a better campaigner. He will have much more money.

But he may need it. Scott won his primary easily, but not nearly as easily as he should have, considering that his opponent, grocer Keith Stern, was almost totally unknown to the voters, had never before run for office, and didn’t know how to do it.

And still got just about a third of the vote. 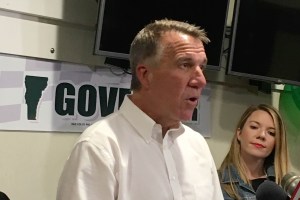 Gov. Phil Scott speaks to reporters at the Comfort Inn in Berlin after winning the Republican primary Tuesday night. Photo by Mike Dougherty/VTDigger

Or at least that’s what he had with 252 of the 275 precincts reporting. Even if his total dips down closer to 30 percent as the later returns come in, he has made the governor look vulnerable. In most elections, a 70-30 margin is a blowout. In this one, it’s an embarrassment.

Not all the results were a surprise. In some ways, Vermont voters were quite conventional. They did not, for instance, take Ethan Sonneborn seriously, or at least not as seriously as some national newspapers and television networks, who obviously thought the most important thing about Vermont politics this year was that a 14-year-old boy was running for governor.

With more than three-quarters of the precincts reporting, young Ethan was getting less than 7 percent of the vote.

Nor did many Democrats take seriously the write-in campaign waged on behalf of (and with the tacit support of) Sen. John Rodgers of Glover. Only about 6 percent of Democrats decided to write in anyone.

Both the Rodgers and the Stern candidacies were reactions to Scott’s decision to sign a package of gun control bills last spring. That decision enraged a small but vocal segment of the electorate, most of them Republicans, but also some rural Democrats such as Rodgers.

In addition, some Republicans have fumed at Scott’s regular expressions of disagreement with President Donald Trump. As a new poll makes clear, Trump is as unpopular in Vermont as he is anywhere. Still, about 30 percent of the people support him, and some of them came out Tuesday to vote for Stern.

But Hallquist favors gun control, too, so that issue is unlikely to be a factor in the fall campaign. At least not unless the pro-gun hard-liners try to field an independent challenger. But there aren’t that many of those folks, and if what has happened in the last few weeks is any indication, they don’t know how to run a political campaign.

Hallquist’s victory was expected, too. For at least three reasons, she stood out from the other two adult Democrats on the ballot. First, she had more money. How much more won’t be known until the campaign finance reports are filed late Wednesday. But she had far more than her opponents when the last reports were filed in March. It wasn’t enough for radio and TV ads, but it was more than her opponents, and enough to organize volunteers to make 50,000 phone calls, according to campaign manager Cameron Russell.

Second, she was slightly better known than either Brenda Siegel or James Ehlers. And since none of them (including Hallquist) was a very exciting candidate, Hallquist was the default choice for some voters. They knew who she was, there was nothing wrong with her, and her opponents weren’t that impressive. Why not choose her.

Besides, her candidacy was historic. That’s why she was better known. She is the first transgender person to seek the governorship of any state. Under the circumstances, that was a political advantage. Few if any Vermont Democrats have any aversion to transgender people. If anything, some of those Democrats might have wanted to show support for people who face discrimination and contempt in some circles. They might have wanted to help make history.

Moments after the Associated Press called Hallquist the winner, the Republican Governors Association released a statement claiming that she “supports nearly $100 million in new tax hikes, including tens of millions of dollars in property tax hikes that would take the state backwards.”

The statement did not indicate the source of that assertion. It did indicate that the Republicans might be worried. Hallquist starts off as the underdog, but she is the Democratic nominee in a state in which most voters usually vote for Democrats. So she has something more than a zero chance of getting elected.

One of Tuesday’s surprises was that more than 50,000 Democrats voted (and about 35,000 Republicans). That’s not a big turnout, but it’s bigger than many Democratic leaders expected after a race in which none of the contenders seemed to excite very many voters.

But this is 2018, the first mid-term election of the Trump era. Sen. Bernie Sanders was on the ballot, and though he was effectively unopposed (he ended up with almost 92 percent) many voters may have wanted to signal their support for him and for Rep. Peter Welch, who got about 80 percent.

So maybe the turnout wasn’t such a surprise. Or maybe there could be more surprises ahead.

Thanks for reporting an error with the story, "Margolis: Could there be more surprises ahead?"