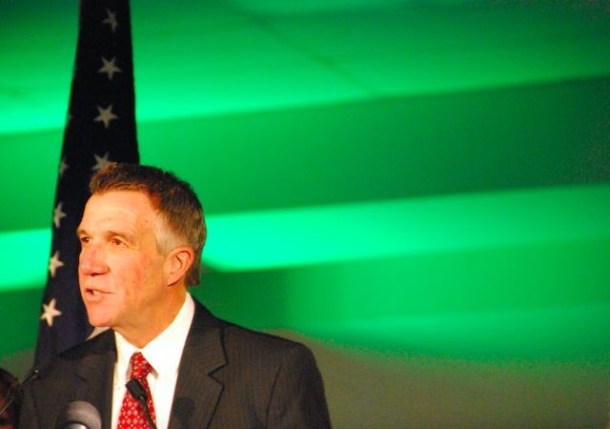 Phil Scott at the launch event for his first campaign for governor on Dec. 1, 2015. File photo by Jasper Craven/VTDigger

[G]ov. Phil Scott continues to easily eclipse his opponents for the office in fundraising efforts with about four months to go until the general election, the latest campaign finance disclosure forms show.

But Scott has brought in far less money this election cycle than in 2016, when his campaign had amassed almost four times as much in donations by mid-July. That race two years ago ended up being the most expensive in Vermont’s history, with almost $13 million in combined candidate spending.

Brittney Wilson, Scott's campaign manager, said that up until this point the governor "has been focused on governing," noting that this year's legislative session dragged on until late June.

"The 2018 campaign started less than two months ago and this is a very different campaign than an open seat in 2016."

The latest filing shows that many of Scott's larger donations come from corporations including Johnson & Johnson, Monsanto, Vermont-based GW Plastics, and pharmaceutical giant Eli Lilly’s political action committee, which have each given the governor $2,000 or more.

"Businesses across the state and region know Governor Scott is a leader and former business owner who is focused on growing the economy and making Vermont more affordable, so it's no surprise to me their donations are going to Governor Scott and not to his opponents," Wilson wrote

While Scott isn't seeing as much money this cycle, his opponents still trail far behind in donations.

Keith Stern, a grocery store owner from North Springfield who is challenging Scott in the Republican primary on a pro-gun platform, has $58,880 in his campaign coffers -- about $30,000 of which is his own money, according to filings. 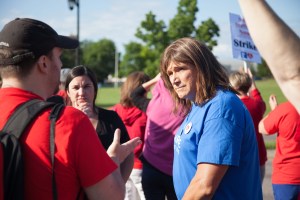 On the Democratic side, Christine Hallquist, the former CEO of the Vermont Electric Cooperative, has received about $132,000 in total campaign contributions, coming closest to Scott in fundraising. Since the last filing deadline in March, she's raised more than $89,000.

Hallquist's campaign said Monday that 45 percent of the money the campaign has raised comes from small donations of under $100.

“In my travels across Vermont, I have been overwhelmed by the support from everyday Vermonters," Hallquist said in a statement. "I am truly moved by the small dollar donations and the hundreds of letters of support from Vermonters from across the state."

In addition to receiving small donations, a few companies have contributed large donations to her campaign, including Springfield-based broadband company VTel and Green Mountain Animal LLC, an animal food processor in South Burlington.

James Ehlers, another Democratic gubernatorial candidate and longtime environmental advocate, has raised just under $50,000 so far. Since the last filing period in March, he's raised more than $29,000.

Ehlers' money comes both from small and large donations from individuals. None appear to come from corporations.

"I am confident that whatever the dollar amount is, we will make it work to reach voters," Ehlers said Monday. 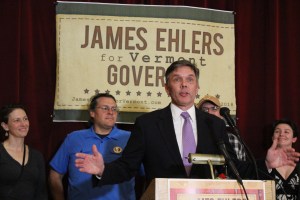 James Ehlers speaks at a launch event for his campaign for governor at the Socialist Labor Party Hall in Barre. Photo by Mike Polhamus/VTDigger

Ehlers noted his campaign isn't interested in running television ads, a large expense for many who run for office.

"Most people are sick and tired of politics as usual, bought and paid for candidates being packaged for television," he said.

Democratic candidate Brenda Siegel, an arts administrator who announced her bid for governor in May, has raised about $9,000 and received about $8,000 in in-kind contributions.

In the race for lieutenant governor, outgoing House Majority Leader Don Turner, who announced his candidacy in May and remains the Milton town manager, has acted swiftly to raise more than $48,000.

The incumbent, Lt. Gov. David Zuckerman, a Progressive who also runs an organic farm, has raised just about as much: $49,998 so far, according to the latest filings. Zuckerman also got the public backing of Sen. Bernie Sanders just last week.

Thanks for reporting an error with the story, "Scott behind 2016 fundraising pace; competitors trail far behind"