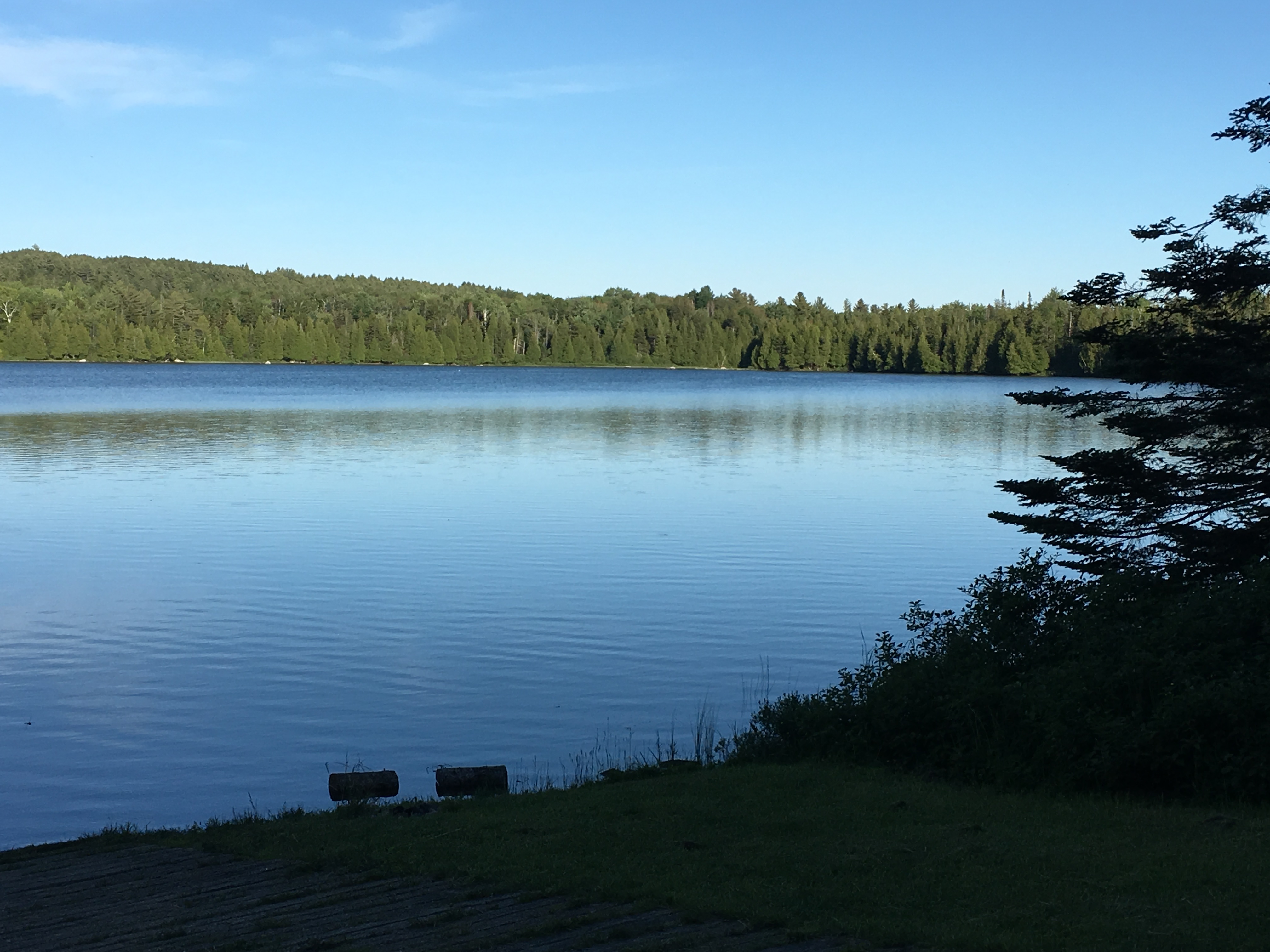 A view from the fishing access to one of the hundreds of freshwater lakes scattered throughout Vermont. Photo by Ellen Bartlett/VTDigger

[A]s the debate goes on over what to do about the state’s water quality crisis, scientists and others whose job it is to study the lakes themselves are reporting some curious findings: the water quality in Vermont’s most polluted lakes is actually improving, a little, but the quality of its cleanest lakes is deteriorating, and they’re not entirely sure why.

This was the observation of Kellie Merrell, an environmental scientist with the Department of Environmental Conservation, in a recent talk at the Federation of Vermont Lakes and Ponds’ annual seminar.

The operative word, she said, is eutrophication, a natural process that occurs in all lakes as they age, but one that can be greatly accelerated by human activity.

Lakes in their earliest stages are naturally low in nutrients and support limited aquatic life — a state called oligotrophy. Nutrient levels increase slowly, as sediments from the rivers and streams that feed the lakes settle on the lake bed and decompose. Nutrients are necessary, they support freshwater species from trout to pondweed. As time passes — a lot of time — sediments build up and decompose, and lakes eventually morph into wetlands. Under natural circumstances, eutrophication occurs on a timeframe far too long to be noticed by humans.

But natural disasters or human activities like farming and logging accelerate the process. Aging that normally takes a “matter of millenia, we can do in decades now,” state aquatic biologist Angela Shambaugh said.

“Once people start changing where nutrients are stored on the landscape … we see that sediment layer on the bottom of the lake increasing far more rapidly than it should,” she said. 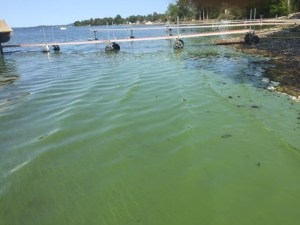 It is the overload of nutrients — phosphorus in particular — that has wreaked havoc with Vermont’s lakes. Cultural eutrophication — the term scientists use for human-driven eutrophication — is the cause of the cyanobacterial blooms that have closed beaches and caught the public’s attention. Lake Carmi, in Franklin County, is the prime example of the bad things that can happen when human activity sends natural processes into overdrive.

State scientists have been monitoring springtime phosphorus levels in lakes around Vermont since the 1980s, as a way of tracking changes in water quality. Phosphorous is the most limited nutrient in freshwater ecosystems, meaning small increases can set off big changes in lakes and ponds.

Out of the 148 lakes monitored in the 1980s, state scientists classified 24 as low nutrient, 87 as moderate nutrient and 37 as eutrophic.

Last winter, Merrell and colleague Leslie Matthews plotted the lakes’ phosphorus levels in the four decades since the monitoring program began, and they found some startling trends. Among them, the phosphorus levels in the eutrophic lakes have decreased by 15 percent over the years, but the levels have increased by a whopping 89 percent in oligotrophic lakes and 28 percent in mesotrophic, or moderately eutrophied, lakes. Of the 24 lakes that were classified as low nutrient in the 1980s, only Lake Willoughby has levels of phosphorus low enough that it can still be regarded as oligotrophic.

“We don’t know quite why this is happening,” said Perry Thomas, head of the Department of Environmental Conservation’s Lakes and Ponds Program.

Maine, which also has a long-term lake monitoring program, has shown decreases in phosphorous levels across all lake types, according to Merrell. She has a theory about why Vermont’s purest lakes have become more polluted while Maine’s have improved, and it has to do with lakefront development.

Legislators in Maine enacted a Shoreland Zoning Act in 1971 that limits development within 250 feet of lakes and ponds and 75 feet of streams. Vermont lawmakers did not pass substantive shoreland zoning regulations until the 2014 Shoreland Protection Act. The act requires a permit for construction or redevelopment within 250 feet of lakes 10 acres or larger. 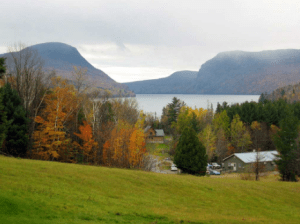 Vegetated shorelines are less likely to erode, she said, and it could be why Maine has seen phosphorous decreasing in its lakes.

More than half of Vermont’s lakeshores remain undeveloped. Shambaugh said the state hopes the 2014 law will improve lakeside development.

“Now we know that the choices we made at the time were not the best for our lakes,” said Shambaugh.

Nationwide, Vermont’s lakes and ponds still rank high for water quality. A 2015 study ranked Vermont among the top five states in the country for water clarity, which is an indicator of relatively low nutrient values in the water.

“We are stewards of some of the last remaining oligotrophic lakes in the country,” Merrell said, stressing that the study only captures a fraction of Vermont’s more than 800 lakes and ponds. Lake lovers can now check on the health of their favorite lakes with the state’s online lake scorecards.

Robert Martin, member of the Woodbury Lake Association, has been monitoring water quality in that lake for almost forty years through Vermont’s lay monitoring program. Martin supported the new restrictions on lakeshore development but expressed concern that camps along Woodbury Lake were being converted to year-round residences, without adequate improvements to their septic systems.

“On our lake, there’s tremendous resistance to the shoreline (protection) regulation,” said Martin, who felt the law as passed was “watered down.”

“People will not give up their mowed lawns,” he said.

The decrease in phosphorus levels in Vermont’s most polluted lakes is the “slightly good news,” Thomas said. Improvements in erosion control, manure pits on dairy farms, and other means of limiting runoff into the rivers, streams and lakes of the state’s most vulnerable watersheds are important steps, Thomas said. And the improved numbers may be a sign that efforts are starting to pay off.

Thomas said based on these findings, her department plans to reach out more to property owners and towns near “healthy lakes” to encourage best practices like shoreline vegetation, reduced erosions from roads and invasive species management. This builds off the state’s Lake Wise program, which gives property owners plaques to display by their rain garden or erosion-reducing crushed stone steps.

Thanks for reporting an error with the story, "Scientists explore deterioration of cleanest lakes in Vermont"