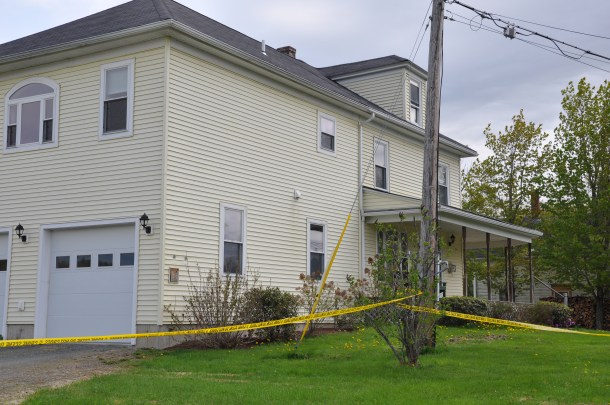 Yellow crime scene tape blocked access to the Orleans home of Randall and Thea Swartz the day after the homicide. Photo by Ellen Bartlett/VTDigger

[N]EWPORT -- Seated at the defense table, in Orleans County Superior Court, clothed in mud-brown prison issue, cuffed and chained, Randall Swartz seemed dwarfed by his lawyer and the sheriff’s deputy at his side.

Released only on Friday from the hospital, where he’d been treated for the gunshot wound to the stomach that police say he’d inflicted on himself, he had made his way through the courtroom slowly, eyes forward as he passed the public seats occupied by friends and family of his late wife, Thea Swartz. They were wearing yellow – Thea’s favorite color, one of them had told a television reporter.

The debate was short -- bail was denied by Superior Court Judge Robert Bent -- but a comment the judge made in passing lingered. “Certainly something,” the judge said, of the events of May 15, “The way it’s alleged, something was really quite amiss.”

What prompted the fatal shooting of Thea Swartz on that evening, leading to the arrest of her husband on a charge of second-degree murder, is far from clear, but something had certainly been amiss, for some time, in the yellow farmhouse at 42 Irasburg St., in Orleans.

The house, which neighbors said had been the Swartzes’ home for years -- it had previously belonged to Thea’s parents -- can be seen from Interstate 91, an imposing, two and a half-story house, set in a vast lawn sloping in back to a pond, an American flag flapping in the breeze, a croquet set on the wide front porch, an above-ground pool in the back. A picture of American prosperity. 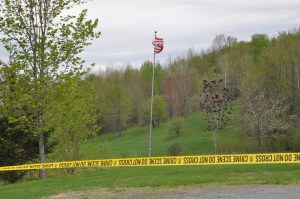 An American flag flaps in the breeze behind the home of Randall and Thea Swartz. Photo by Ellen Bartlett/VTDigger

Across the street, a neighbor, who had been mowing her lawn, stopped when a reporter approached a few days after the shooting last month. Asked whether there had been any indications of trouble across the street, she responded with a blunt “no.”

“We had no idea,” she said, not giving her name, and then shook her head. “You know what they say. No one knows what goes on behind closed doors.”

Of Thea Swartz, 54, she said, “We weren’t close, but we were neighbors. If I was collecting for something I’d call her and she’d donate, and she’d do the same for me. If we saw each other, we’d always stop to talk. You know, the way neighbors do. But this, no. No one would have expected this. And we’ve known them for 30 years.”

Of Randall Swartz, 58, and the possibility of financial trouble, she paused and said, “Well, from March last year ...”

In March last year, the FBI raided the Swartz home and its outbuildings. Agents had a nearly three-page list of items to be seized, including machine parts, tools, and materials for reverse osmosis systems and other maple sugaring equipment, as well as computers, files, paperwork, records, including electronic records, having to do with Cabot Creamery and/or Kingdom Reverse Osmosis.

Kingdom Reverse Osmosis, or Kingdom RO, was the name of the business Randall Swartz started around 2010. In his LinkedIn account, he referred to himself as “Founder/engineer Kingdom RO – “custom-built reverse osmosis systems...design and install.”

On Wednesday, Randall Swartz was indicted by a federal grand jury in Rutland on 11 charges of mail fraud for using Cabot Creamery Co-operative funds to purchase the parts and equipment for the RO systems he was assembling and selling on the side.

As the venerable Vermont cheesemaker’s maintenance supervisor, the indictment said, he was responsible for maintaining, repairing and replacing all machinery and equipment at the Cabot plant, and he had the authority to order materials and machinery with Cabot funds, for Cabot business.

The company’s maintenance budget ran into the hundreds of thousands of dollars. The indictment also charged that Swartz had used company employees, on company time, to assemble and install the RO systems. He’d started it, the indictment said, “no later than 2010.”

The systems are expensive, running into the tens of thousands of dollars each. Swartz even sold one of the systems to Cabot -- for more than $19,000.

Cabot fired Swartz January 2017 -- he had been an employee for 19 years -- and the FBI raid followed shortly after. Wednesday’s indictment was the first public action by the U.S. Attorney’s Office since the March raid.

At the time Swartz founded Kingdom RO, he may well have been seeking a way to make some extra money. Little more than a year before, he and his wife had emerged from four years of bankruptcy proceedings.

When Randall and Thea Swartz filed a bankruptcy petition in June 2004, initially under Chapter 7 rules, they were hardly alone. Bankruptcy filings in the United States had been on the increase for the last century but especially since 1980. The year 2005 was the all-time American high, with more than 2 million cases started. In that year, one out of every 55 households in the U.S. filed for bankruptcy.

Like so many other households, they had amassed more debt than they could handle. Court records show that everything of monetary value was financed, both cars, two mortgages on the house, a small trailer. And credit cards. They had cards from nearly every one of the usual purveyors of consumer debt -- American Express, Bank One, Capital One, Citi, Discover.

The case was converted to Chapter 13 bankruptcy, for debtors with regular income who can pay back at least a portion of what is owed through a repayment plan, and a plan was made.

Bankruptcy is a painful process -- every expense, every detail of their spending life, on display for the bankruptcy court and the public -- and it is expensive. 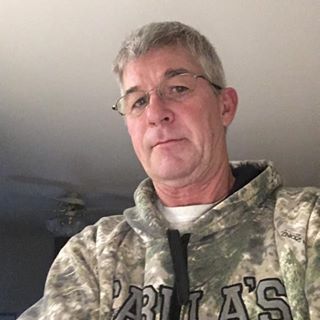 A selfie Randall Swartz posted on his public Facebook page.

After his firing from Cabot, and the FBI raid, Randall Swartz found new employment. In November last year, on his Facebook page, he posted a photograph of a large industrial-looking plant. He did not identify it, only said “my new job.” In the comment string, he said he worked in Delhi, New York, “between Albany and Bing on 88.”

Later in the comment string, in response to a friend’s congratulatory remarks, he said, “Thanks. This is what keeps me going.”

What happened between November and May is unclear. While there had been no reported complaints of domestic violence in the household, and no court record, both Thea Swartz’s son and her father told police they had heard Randall Swartz “threaten physical violence against her repeatedly in the past.” Their son told police he had seen bruises on his mother’s arm, “as a result of Randall grabbing her” in the past.

A shot and then a woman's scream

Thea Swartz, on the phone with the 911 dispatcher before she was shot dead, said her husband had been drinking.

There is a second gunshot, and then a man’s scream. “It should be noted that approximately four minutes elapses between the first gunshot and the second gunshot in the 911 call,” the affidavit said.

When the police arrived at the Swartz residence, the door was bolted. They kicked it in and went inside. The interior of the house was dark. The television was on. An officer reported seeing a man on the floor, a pool of blood around him. He was unresponsive until the officer started to handcuff him, then he reported hearing him say, “I can’t do this, I can’t do it.”

A woman’s body, later identified as Thea Swartz, lay across the living room, also on the floor, a cordless telephone by her head.

Underneath the television stand, police found a pistol, later identified as a .38.

The VTDigger story that ran the day after Thea Swartz’s murder contained a brief mention of the Facebook post about the plant. An internet-sleuthing reader identified it as a facility owned by Saputo Dairy Foods, a subsidiary of the Canadian company of the same name. Saputo did not respond to a request for comment.

For a while after the murder, Swartz’s name was in the directory of the plant’s automated phone system, extension 35045. A call to it went to voicemail. “You’ve reached Randy’s phone,” says a thin cheerful reedy voice. “Leave a message and I’ll get back to you as soon as I can.”

Thanks for reporting an error with the story, "Behind picture of American prosperity, a slow slide to despair and ho..."

Suspect in Burlington shooting pleads not guilty to attempted murder

Bruce Baroffio: Trapping has a process for best management practices

Move-ins to begin this week at Burlington ‘pod’ community