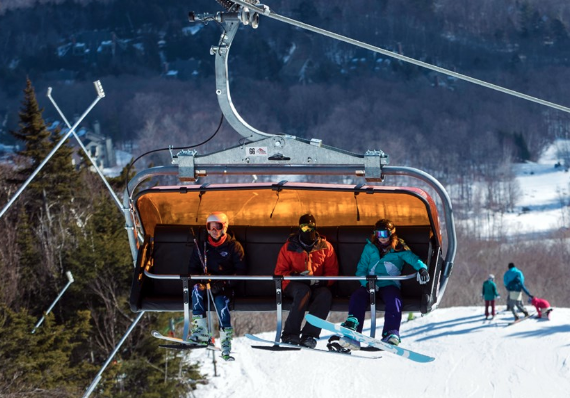 [V]ail Resorts will buy Okemo Mountain Resort as part of a $82 million deal.

Okemo and the two other properties owned by Triple Peaks LLC — Mount Sunapee Resort in New Hampshire and Crested Butte Mountain Resort in Colorado — will all be acquired by Vail Resorts in the acquisition announced Monday.

Tim Mueller, who has owned and run Okemo with his wife Diane since 1982, said they were not planning to sell their business when Vail Resorts approached them about an acquisition in November.

“We did not go out and look for a buyer, but if we did Vail probably would have been our number one choice,” Mueller said.

The couple first acquired the mountain in 1982.

“The mountain wasn’t small but the business was relatively small,” he said.

The resort developed significantly under their ownership, building out snowmaking capacity, lodging and other services.

These days, Okemo is a year-round resort with two golf courses. In the winter, the mountain employs about 1,400 people, including seasonal and part-time workers, according to Mueller. About 500,000 skiers come to the mountain annually, he said.

Mueller said there likely will be some differences in how the mountain is managed under the new ownership, however he is optimistic of a smooth transition.

“I think there’ll probably be angst in the community for a while, but I think the people at Vail are people.”

Mueller said they felt the time was right to sell given changes within the ski industry. There are increasing demands for capital investments every year, he said.

As part of the agreement, Vail Resorts will pay $155 million to cover leases the three resorts have.

In a separate deal, Vail is buying Stevens Pass Resort in Washington.

Vail Resorts CEO Rob Katz said in a statement the acquisitions “will significantly enhance the Vail Resorts’ network of resort experiences, adding even more variety and choice for all of our pass holders and guests.”

“These three resorts add incredibly unique and special experiences to our portfolio, and will truly enhance the variety of options for all our guests,” Katz said.

Earlier this year, Triple Peaks announced that the three ski areas would join Vail Resorts’ Epic Pass, a program that allows pass holders to ski at Vail-affiliated mountains around the world.

The resort sales are subject to regulatory approval. They are expected to be completed late in the summer.

In a statement, Vail Resorts said the company plans “to retain the vast majority” of employees at each resort. The company plans to invest $35 million across the four resorts once the sales are complete.

Bob Flint, executive director of the Springfield Regional Development Corporation, said the resort is “the major element of the regional tourism economy.”

Flint did not know about the deal until Monday, but he was not surprised to learn of the acquisition.

“This seems to be a logical extension of where the ski business is going,” Flint said.

Flint said the sale could increase the awareness of Okemo through the network of ski areas Vail Resorts owns, which could drive new visitors to the area.

The Muellers, he said, have been very involved with the region since they bought Okemo more than three decades ago.

However, he said he does not expect to see a major change in the impact on the community as a result of the purchase.

“I don’t think this is going to be a dramatic culture shock,” Flint said. 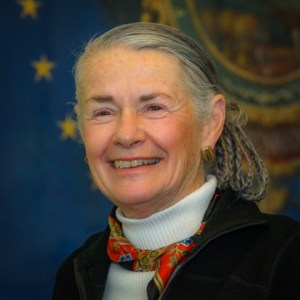 Sen. Alice Nitka, D-Windsor, a Ludlow resident, credited the Muellers with expanding Okemo Mountain Resort, which led to development in the town as well, she said.

“It’s a family mountain, and they really built it to what it is today,” Nitka said.

Nitka was not aware a sale was in the works until Monday. She said she was surprised to learn Vail Resorts would be purchasing the mountain because she wasn’t aware the company was looking to expand its presence in Vermont beyond Stowe.

Nitka said that it is possible there will be some uneasiness in the community about the shift in ownership of the mountain. The Muellers’ “personal hands-on touch” will be missed, she said.

“One hopes that it will still be more personal than very distantly managed,” she said.

She said she hopes the new owners will continue to invest in the resort.

Thanks for reporting an error with the story, "Vail Resorts buys Okemo in $82 million deal"