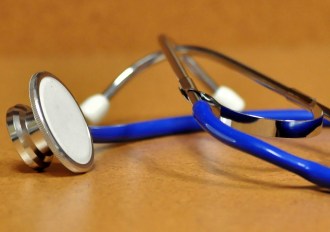 [F]or the second year in a row, Addison County is the healthiest place in Vermont.

That's according to the latest national survey from the Robert Wood Johnson Foundation and the University of Wisconsin Population Health Institute, which determined counties' rankings based on health factors and socioeconomic issues that influence health.

While central and northwestern Vermont counties generally came out well in the survey, the Northeast Kingdom and southern Vermont fared poorly. Essex was deemed the least healthy of the state's 14 counties.

“Orleans, Essex, Caledonia and Bennington counties had the most critical need for primary care clinicians in the state during my tenure on the (care board),” Ramsay said. “I believe they still do.”

The survey's primary ranking is the health outcomes list, which represents how long residents live and how healthy they feel.

As was the case in 2017, Addison County topped that list. Lamoille, Chittenden, Washington and Orange counties rounded out the top five.

Addison's premature death rate was the state's lowest. County residents reported fewer days of poor physical or mental health than the state average, and the rate of newborns with a low birth weight also was below the state's average.

Rutland, Windham, Bennington, Orleans and Essex counties occupied the bottom four spots on the health outcomes list, in that order. Essex County's premature death measurement -- a complex formula based on years of life lost before age 75 -- was 60 percent higher than Addison's.

The survey also pointed out differences in health outcomes among various race categories. For example, the number of years lost to premature death was slightly higher for blacks than for whites in Vermont, but Hispanics fared much better than blacks or whites in that category.

It can be difficult, however, to draw conclusions from race data in Vermont due to the state's small number of minorities. The 2010 census found that just 1.5 percent of the state's population was Hispanic or Latino, and 1 percent was black.

The survey's other ranking is based on health factors, which encompass health “behaviors” like diet, exercise, tobacco use and alcohol use; health care access and quality; physical environment; and social and economic issues.

“Social and economic factors impact our ability to make healthy choices, afford medical care or housing and even manage stress leading to serious health problems,” the study's authors wrote. “The choices we make are based on the choices we have.”

Chittenden County ranked No. 1 on the health factors ranking, followed by Addison, Washington, Windsor and Orange.

The bottom end of the health factors list again had heavy representation from the Northeast Kingdom and southern Vermont: Rutland, Caledonia, Bennington, Essex and Orleans counties had the five lowest rankings.

By some measurements, the differences between the top and bottom of the list were stark.

And just 9 percent of children were living in poverty in Chittenden County. But the child poverty rate was 25 percent in Essex County, significantly higher than the state's rate of 14 percent and the U.S. rate of 20 percent.

That speaks to the point raised by Ramsay, who serves as medical director of the People’s Health and Wellness Clinic in Barre. Ramsay has been active in this year's legislative debate over the possible implementation of a publicly funded universal primary care system.

While acknowledging social determinants' influence on health, Ramsay says primary care access is vitally important, though that is often not reflected in public health policy. He cited a recent Health Affairs report that says national spending on primary care appears to be declining.

“I am very concerned about evidence … that nationally we are actually 'divesting,' not investing, in primary care,” Ramsay said. “If this continues, we will eventually all be forced to get our primary care from urgent care centers, drug stores, the internet or the free clinics in Vermont.”

Thanks for reporting an error with the story, "Addison, Chittenden among counties topping Vermont health rankings"