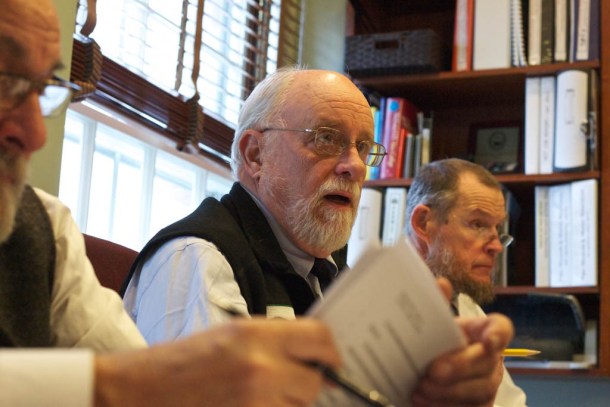 [T]he Vermont House voted overwhelmingly in favor of a bill declaring Lake Carmi “a lake in crisis” on Thursday.

The bill, H. 730, gives the Secretary of Natural Resources broad authority to designate as in crisis any lake in the state that has been determined to pose potential harm to public health, a risk to the environment or natural resources, or if it threatens to reduce the value of real property in any municipality in which the lake or a portion of the lake is located.

Lake Carmi in rural Franklin is the only lake the bill singles out as needing immediate attention. Overloaded with the nutrient phosphorus, largely from agricultural runoff, the lake in recent years has suffered repeated cyanobacteria blooms, turning the water a sickly green and rendering it unfit for swimming, boating or drinking.

The state of the lake, in rural Franklin near the Canadian border, was the impetus for the bill, said its sponsor, Rep. David Deen, D-Westminster.

“The Lake Carmi folks raised holy hell,” said Deen, who is chair of the House Committee on Natural Resources, Fish and Wildlife. “I don’t think it’s incumbent on citizens to have to raise hell to get the government to pay attention to a difficult situation. I think there ought to be an orderly process.”

The House approved the bill 118 to 16. It now advances to the Senate.

Once a lake is declared in crisis, the bill says, ANR has 90 days to issue “a comprehensive crisis response plan for the management of the lake in crisis in order to improve water quality in the lake or to mitigate or eliminate the potential harm to public health or the risk of damages to the environment or natural resources.”

The bill requires the Secretary of Natural Resources to hold a public hearing. The bill also contains provisions for funding mitigation costs.

The job of ensuring that Vermont farmers adhere to the state’s water quality laws has until now been the responsibility of the Agency of Agriculture, Food and Markets. The bill calls on ANR to work with the Secretary of Agriculture, as well as the Secretary of Transportation, in the development of a crisis response plan, but it designates ANR as the responsible agency.

The state’s agriculture agency has come under criticism for failing to take sufficiently aggressive action to address farm pollution. H.730 is part of an effort to transfer enforcement authority to another agency.

In testimony, members of the Scott administration have expressed concern that the bill could in fact slow the state’s response to crises.

Perry Thomas, who manages the ANR’s Lakes and Ponds Management and Protection Program, told lawmakers last month that the Agency of Natural Resources opposed the bill on the basis that “some of the bill’s language would affect our ability to accelerate work toward meeting phosphorus reduction goals, by undermining working relationships among partners.”

ANR senior staffers have expressed concern about the funding aspects of the bill. Money for crisis management would have to be taken from funding for long-term measures to control water pollution, Thomas told lawmakers.

“We were told there were tens and possibly hundreds of waterways that could easily meet” the criteria for a declaration of crisis, said Rep. Paul Poirier, I-Barre. The state doesn’t have enough money to fund them all, he said.

The state is under a federal order to identify a long-term funding source for anti-pollution measures for the state’s public waters, including Lake Carmi and Lake Champlain, expected to cost in the hundreds of millions of dollars over the next 20 years.

The Scott administration’s position has been that the Legislature should deal with issues of long-term funding.

Thanks for reporting an error with the story, "House bill declares Lake Carmi 'in crisis'"