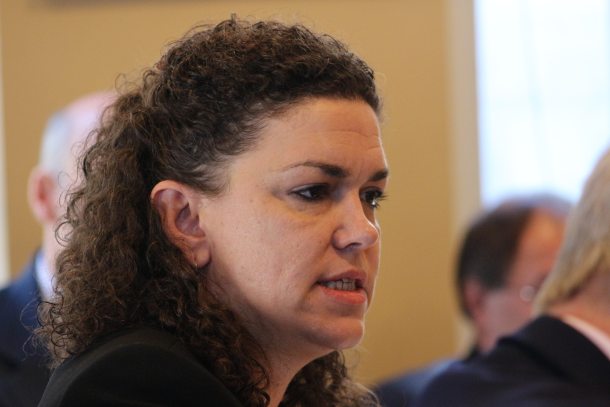 The House advanced a measure Friday that would raise more than $6 million to build out broadband infrastructure across the state.

The bill, H.582, would temporarily increase a fee on telecommunications services from 2 percent to 2.5 percent for four years, ending in 2022.

The money raised from the increase — estimated total nearly $6.3 million — would go to a fund that distributes grants to internet service providers that expand networks in underserved areas.

Rep. Laura Sibilia, I-Dover, made the case for the bill as an effort to support expanding broadband access to Vermont’s students and residents.

“We have got to do something to help,” she said on the House floor. “This is a very modest measure.”

Several lawmakers spoke out in opposition to the measure, questioning whether it would be effective and raising concerns about increasing the fee, including House Minority Leader Don Turner, R-Milton.

Rep. Bob Frenier, R-Chelsea, said that while he supports the goal, he has concerns about increasing the fee because of broader issues with state finances.

Rep. Sam Young, D-Glover, argued in favor the proposal. He and others say that supporting the build-out of broadband is a key economic development initiative.

“It’s baffling to me in 2018 that we are debating the value of the internet,” Young said. “It is the major economic engine of this century, and we need to join this century.”

The prospects for the initiative in the Senate are not clear.

Senate President Pro Tem Tim Ashe, D/P-Chittenden, said he was not aware of the proposal until recently.

Ashe said the fee was increased a few years ago. Lawmakers raised the universal service fee to 2 percent in 2014.

“We’ve expressed enthusiasm for the task,” he said. “Whether increasing the USF is the way or the only way to get more resources to get the job done, I think we’d be open but the jury’s out on whether that’s the right way to do it.”

If the measure were to pass the Senate, it could face opposition from Gov. Phil Scott, who has told lawmakers he will not support any new taxes or fees again this year.

Rebecca Kelley, a spokesperson for Scott, said Friday the administration would look at the measure to see if it is revenue neutral, but she reiterated the position he laid out in his budget address in January.

“He’s been pretty clear,” Kelley said. “No new taxes and no new fees.”

Young says there is a strong level of support for the bill in the House. With 109 votes in favor, the bill has enough backing to override a veto.

Correction: This story originally misidentified Rep. Laura Sibilia as a Democrat. She is an independent.

Thanks for reporting an error with the story, "House OKs temporary fee to support broadband build-out"