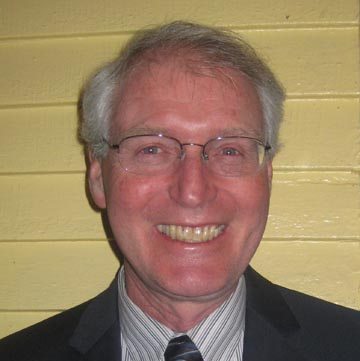 A bill under review by a Vermont House committee would mean lights out for a fluorescent bulb technology hailed when it came out as showing colors well, but since matched or surpassed in that category and easily topped by other products for energy efficiency.

Industry lobbyists appeared before the House Energy and Technology Committee on Wednesday, with at least one trying to explain to lawmakers why future sales of the “high-CRI T12 fluorescent bulb” should not be outlawed in the state. But they drew a stiff rebuttal on each point from a committee member who had worked for decades as an electrical contractor.

The bulbs, or “lamps” in industry parlance, get the name “high-CRI T12, from two features: They have a high “color-rendering index,” meaning they show colors well, making them popular for use at meat counters, car dealerships and makeup studios.

The “T12” designation refers to the fluorescent lamps’ shape and size: “T” stands for tubular, and “12” refers to the number of 1/8-inch increments in the tubular lamps’ diameter. The lamps have a diameter of 12/8 inches, or an inch and a half.

The bill under review, H.410, would put existing federal energy-efficiency standards into effect within Vermont, in the event that Congressional Republicans and the Trump administration move to rescind those standards at the federal level.

But it was the section of the bill outlawing the high-CRI T-12 lamps that got most of the scrutiny on Wednesday.

When Congress in 2005 passed currently-existing energy-efficiency standards for lamps, members of that body exempted high-CRI T12 lamps. The exemption came about because, even though they consume as much as 60 percent more electricity than lamps that put out a similar amount of light, these high-CRI T12 lamps were among the only readily available fluorescent lamps that rendered colors so accurately.

These days any standard LED lamp will match or beat a high-CRI T12’s ability to render colors, and so will the more modern fluorescent lamps known as T8 (one-inch diameter) lamps, said Stephen Beard, a lighting professional employed by Williston-based NorthEast Electrical Distributors.

Jennifer Dolin, a regulatory affairs manager with lighting manufacturer LEDVANCE, told lawmakers sales of high-CRI T12 lamps have declined by 60 percent since 2012. But she urged against banning them, citing three reasons:

The ban could cause job losses at a LEDVANCE plant in Kentucky where the lamps are made. “I can’t tell you how many people it will impact, but it is an impact,” Dolin said. “Any impact in regulation will impact jobs,” she said.

Second, consumers may be left trying to use more efficient T8 lamps with fixtures meant for T12s. Dolin tried to argue this could raise safety concerns, but agreed under questioning from longtime electrician and Rep. Curt McCormack, D-Burlington, that the main issue might be the lamps not performing as well.

Third, Vermonters will need to get new fixtures to fit T8 lamps if the T12 lamps are banned, Dolin said, and may need to hire an electrician to install them.

That drew a rebuttal from other industry representatives in the room, who said at least one company, Philips Lighting, already is out with a T8 bulb designed to fit a T12 fixture.

Thanks for reporting an error with the story, "Vermont bill may target one type of fluorescent lamp for ban"