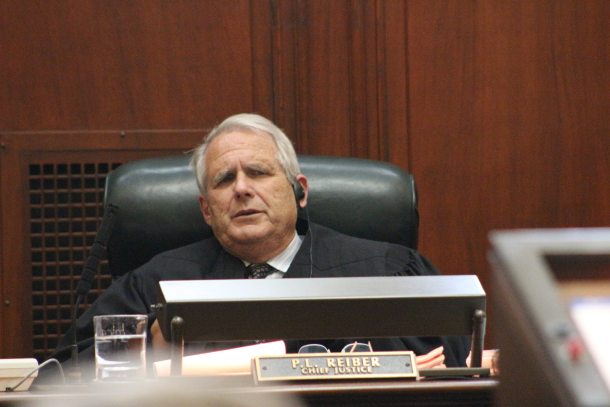 The state’s Supreme Court this week announced it was establishing the Vermont Judicial Commission on Family Treatment Courts with members from across state government and the private sector.

Filings of abuse and neglect cases in the family court division rose 63 percent from fiscal year 2013 to fiscal 2016, a jump from 656 cases in a year to 1,070, according to court statistics.

She added that the “increase in these filings has stretched existing resources to the breaking point."

Vermont has 14 family court divisions, with one in each county.

“Recovering from substance abuse involves a pattern of relapse and recovery, which complicates the goals of timely permanency for children involved in child protection cases,” according to Gabel. Those factors mean the cases are taking longer to resolve, she said.

The state had an “experimental” family treatment docket in Chittenden County that disbanded about 10 years ago, according to Gabel.

“The goals of the commission are to review Vermont’s experience, review the experience of other states, and determine whether there is a model of this kind of intervention that can effectively and efficiently address the challenges families are facing today,” Gabel said.

The panel, headed by Chief Justice Paul Reiber, will issue an interim report to the Vermont Supreme Court by July 1, with a final report due by Dec. 1.

Thanks for reporting an error with the story, "High court seeks new approach as child abuse, neglect cases rise"