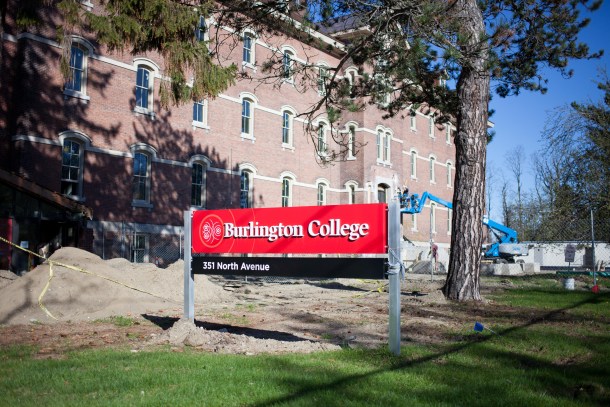 Editor's note: This story has been updated with a quote from Jeff Weaver, a spokesman for the Sanders family.

The Vermont U.S. Attorney's office has interviewed at least one witness before the grand jury to determine whether indictments should be handed up to a judge.

Former Burlington College board member Robin Lloyd says she testified for about an hour on Oct. 26 before a grand jury at the federal courthouse in Burlington.

Paul Van de Graaf, chief of the criminal division for the U.S. attorney’s office in Vermont, questioned Lloyd about her role as the development chair of the college’s board of trustees during a period when Sanders was collecting donations and pledges for the purchase of a $10 million city lakefront property.

Lloyd, who is publisher of the progressive website Toward Freedom, kept copious board meeting minutes as the development chair for the college. In the interview with Van de Graaf, Lloyd said he “was focused on what I knew about who had been approached for contributions.”

“I helped provide a timeline of what happened -- and when -- in terms of development," Lloyd said. "It was general questions about donors, and money coming in.”

Jane and Bernie Sanders have vehemently denied any impropriety surrounding the land deal.

Jeff Weaver, a spokesman for the Sanders and former campaign manager, told Seven Days Sunday night, "We have absolutely no reason to believe that there is a grand jury empaneled to examine Burlington College, Jane Sanders, or any aspect of Dr. Sanders' service as president of Burlington College. As best we can tell, the current news reports are simply recycling an account of a government interview of a witness from several months ago. Nothing new here."

Lloyd’s appearance is the first public confirmation that the federal government has compelled a grand jury. 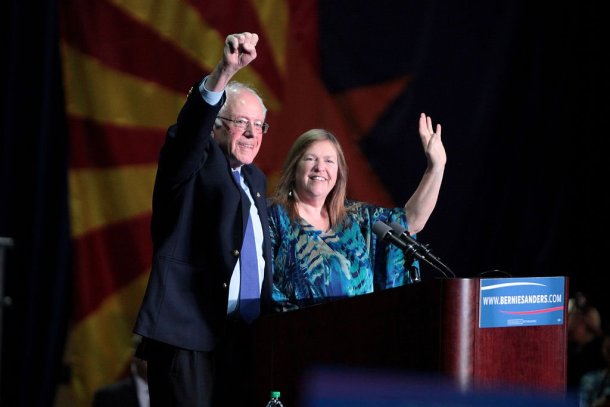 A grand jury is typically convened following evidence gathering and investigation by the government. The prosecutor presents an outline of the government’s case to the jury, which may include evidence and live witness testimony. The jury then must determine whether there is probable cause of criminality, and whether an individual should be put on trial. A grand jury is typically comprised of between 16 to 23 members who are selected at random. Witnesses testify under oath. An indictment is only issued if at least 12 jurors are in agreement, according to the Department of Justice.

In early July, The Washington Post incorrectly reported that a Vermont state official had been subpoenaed to “testify before a grand jury.” Paul Heintz, political reporter for Seven Days, debunked the Post’s claim, clarifying that the subpoena for Vermont Educational and Health Buildings Finance Agency executive director Robert Giroux was only for documents – not live testimony. In 2010, VEHBFA issued tax-exempt bonds to cover the Burlington College loan. The college defaulted on the loan before Jane Sanders left with a golden parachute awarded by the board of trustees.

The agency’s attorney, James Foley, told VTDigger on Wednesday that Giroux has not been called to testify. Giroux has since retired from VEHBFA.

“Since the day we submitted the documents to the Feds, we haven’t heard a peep,” Foley said. “I didn’t even hear, ‘Thank you.’”

While Lloyd was on the board at a critical time, she is a relatively tangential player in the story, and was not directly involved in the day-to-day fundraising operations at the college. She said she was not offered immunity in exchange for her testimony.

“They said this is not about you,” Lloyd said. “I wasn’t offered immunity, but I was also assured that I didn’t need to feel I had something to worry about.”

Lloyd said she is unaware if anyone else had been called to testify. Calls to five people who have been interviewed by the Federal Bureau of Investigation or Federal Deposit Insurance Corporation as part of the investigation went unanswered.

Former Burlington College Board Chair Yves Bradley, who confirmed to Fox News in early December that the investigation was ongoing, told VTDigger on Wednesday that he had not been subpoenaed to testify.

“It’s been completely quiet since I got an October visit from the FBI and the FDIC,” said Bradley.

The proceedings of the grand jury are typically secret, although witnesses are permitted to discuss their own testimony. The outcome is only known if an indictment is handed up. Prosecutors often bring high profile cases to a grand jury in order to insulate a probe from charges of favoritism. Kraig LaPorte, a spokesman for the U.S. Attorney's Office for the District of Vermont, declined to comment on the investigation.

The lingering nature of the federal investigation has frustrated the Sanders family.
According to Politico, the federal probe is “clouding” Sen. Sanders' outlook and has complicated his decision whether to run for president again in 2020. More immediately, Sanders faces re-election to his Senate seat this year and his step-daughter, Carina Driscoll, has announced a bid for mayor of Burlington.

Burlington College borrowed heavily to finance the purchase of 33 acres of lakefront property from the Roman Catholic Diocese of Burlington. The deal relied on pledged donations and projections of increased enrollment. In 2015, VTDigger reported that Jane Sanders overstated pledged donations in the loan document. Two donors listed in the document told VTDigger at that time that their listed pledges were greater than what their personal financial records showed they gave.

VTDigger also interviewed the largest confirmed donor listed in the loan application. Corinne Bove Maietta, a member of the renowned Burlington Bove’s Restaurant family, disputed the manner in which her pledge was represented by Sanders in the loan agreement.

Maietta said she agreed to give the college an unspecified amount upon her death as a bequest. Documents show, however, Sanders stated in a loan application that Maietta would contribute a series of cash payments totaling $1 million. The payments were to be completed over a period of time, according to records obtained by VTDigger.

Maietta said she also never signed a formal pledge agreement with the college. A former vice president at the college disputes that claim.

Lloyd said de Graaf questioned her about the Maietta pledge during the grand jury testimony, but she declined to go into specific detail.

Burlington College closed in May 2016. The college sold most of the property to developer Eric Farrell for a large housing project before the school went bankrupt, but the sale wasn't enough to save the school. The outgoing president of the college, Carol Moore, cited the debt load from the land purchase as the proximate cause of the school's closure.

The former orphanage at the diocese, which is in the center of the property, has since been in limbo. It was put up for auction by People's United Bank last summer. The bank held a mortgage on the property and was owed $3.75 million as part of the VEHBFA deal. The bank has agreed to sell it to Farrell, but a transfer has not occurred. Farrell declined to disclose the agreed upon purchase price for the property.

“We have been awaiting the issuance of our Act 250 permit,” Farrell said. “We thought it would happen in the fall, but we are now hoping to get it this month. We will close on the property shortly thereafter.”

CORRECTION: An earlier version of this story said a grand jury was empaneled in the Burlington College case. An empaneled grand jury was convened to compel testimony from at least one witness in the case.

Thanks for reporting an error with the story, "UPDATED: Grand jury takes sworn testimony in Burlington College case"