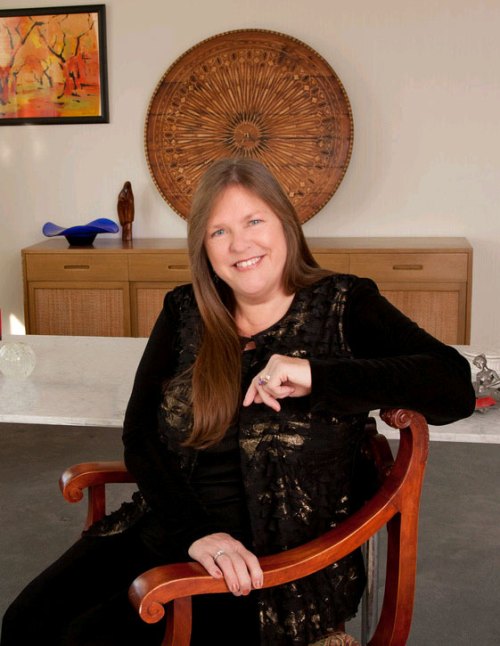 BURLINGTON — A former vice president of fundraising at Burlington College is defending representations made by Jane Sanders, the college’s former president, in a bank loan agreement.

The loan agreement is under investigation by the U.S. Department of Justice, according to two former college employees who said they had been contacted by the FBI. Federal officials, citing policy, declined to comment on the investigation.

Jane Sanders, the wife of U.S. Sen. Bernie Sanders, I-Vt., who ran in the 2016 Democratic presidential primary, used pledges from donors as collateral for a loan from People’s United Bank. More than a third of the pledge money Sanders listed in loan documents came from a single donor who made a $1 million bequest.

Sanders booked the bequest as a series of cash payments in loan documents submitted to People’s United Bank.

The donor, Corinne Bove Maietta, of the Bove’s Restaurant family, has said she agreed to make a $1 million bequest upon her death. But Maietta insists that she did not sign an agreement to give money to the college before her death.

A former development official hired by Jane Sanders to assist with a capital campaign in 2010, disputes Maietta’s claim.

Michael Luck said in an interview with VTDigger that the donor had signed an agreement allowing the college to claim the $1 million bequest in cash payments over time.

Sanders used Maietta’s gift commitment as part of $2.6 million in collateral for a $6.7 million loan from People’s United Bank in late 2010. The loan was used to purchase a valuable lakefront property in Burlington for an ambitious expansion of the college.

Burlington College moved to the property on North Avenue in 2011 with hopes of increasing enrollment and tuition income. That plan was the basis of a proposal Sanders submitted to the Vermont Education and Health Buildings Finance Agency, which issued bonds for the purchase of the property. The bonds were backed by the People’s United Bank loan.

The college closed in 2016 under a “crushing weight of debt” from the land deal.

Documents and information provided by former college officials show that Sanders and Christine Plunkett, who succeeded her as college president, obtained a fraction of the pledges they used to back the loan.

The college responded with a spreadsheet that shows they had $2.6 million committed from 30 donors.

In 2014, Plunkett, who helped negotiate the terms of the bequest and signed off on the bank loan documents, told WCAX in an interview about Maietta’s gift that “the understanding at the time was that it was a cash gift and we proceeded until we understood it was a bequest.”

Two other donors whose pledges are listed as confirmed in the loan agreement have told VTDigger that their personal financial records show their pledges were overstated.

Former college trustee Ron Leavitt is listed as a confirmed pledge of $60,000, but said he only ever gave $30,000. Leavitt recently told Seven Days he was interviewed by the FBI.

Another former trustee, Rob Michalak, is listed as a confirmed donor at $5,000. He said his personal financial records show he gave less, and he declined to say how much.

Michael Luck, the capital campaign consultant, said Sanders and Plunkett made legitimate, if rosy, representations of pledged donations in the loan documents, which bore both women’s signatures.

Sanders and Plunkett did not respond to requests for comment.

“I personally don’t think there’s been any tawdry thing done in the process of all this,” Luck said. “They filled out the loan documents faithfully in a way that accentuated the positive.”

Luck said representations made by Burlington College in the application process were no different than a homeowner putting the best face on the value of a home.

“If I was going to beat somebody up on this thing, I would beat up the bank,” Luck said.

Luck was keeping records of the gift commitments when financing for the land purchase was being ironed out. He said that at no point during that back-and-forth did Sanders or Plunkett ask him to provide more information about the 30 pledges used to secure the loan. Luck said he was not directly involved in discussions with People’s United Bank.

“I think they filled the thing out putting the college’s best foot forward. If you accentuate too much of the positive, typically the loan officer questions it,” he added.

Michael Seaver, the president of People’s Bank, did not respond to requests for comment.

The pledge commitments were not the only collateral People’s required for the loan. They were also given a first mortgage on the 33-acre lakefront property near downtown Burlington, which had been appraised at nearly $12 million shortly before the purchase.

The loan covenant states that Burlington College was obligated to provide “all supporting documents and information reasonably requested” by People’s United Bank, in order to show the $2.27 million in pledges were “valid and enforceable commitments of the respective donors and granting parties.”

The only record of the pledges in the loan documents from the Vermont Educational and Health Buildings Financing Agency is a spreadsheet showing $2.6 million in confirmed pledges. Only initials are listed; no full names are cited.

Luck confirmed with VTDigger that “CBM” was Corinne Bove Maietta. Previously, Maietta had requested to remain anonymous, and her identity was known only to a small circle of top Burlington College officials and trustees.

Maietta’s accountant, Richard Moss, told VTDigger that draft versions of an agreement that he reviewed called for a gift at the time of Maietta’s death. It stipulated that any voluntary donations made before her death would be subtracted from the total gift amount, he said. Moss said he never saw a signed copy of the agreement.

Luck said the agreement “was not a document where the donor was locking themselves into a specific amount over a specific number of years.”

Luck said he would not have counted Maietta’s pledge toward the capital campaign without a signed agreement, which he believes the college obtained.

“She understood, as well as her financial adviser, that the gift had to be an irrevocable one. In that case, it is a receivable. If you had that kind of document you could go to a bank and borrow against it,” he said.

Luck said he was less sure about Sanders’ discussions with Maietta about making voluntary payments against the bequest prior to her death.

For most of a 40-year career in higher education and through many capital campaigns, Luck said he was typically given full control over fundraising. That was not the case at Burlington College, where Sanders would court donors and enter negotiations without informing him, Luck said.

“Jane did what she wanted to do,” he said.

“From my perspective and my past practice, for the two years I was at Burlington College, it was a little more peculiar, or odd if you want to put it that way, being responsible for something but not always informed,” Luck added.

As a result, Luck said he was not privy to the negotiations with Maietta about what payments could be expected before her death.

“My understanding, my recollection, because I was not in those conversations, is that they were positive, and the donor indicated she would be willing to entertain that and do that to the best of her ability. What she didn’t want was to feel she was obligated to make a gift of $150,000 a year,” Luck said.

The reason the agreement didn’t lock Maietta into annual payments at a specific amount was to protect her should the market crash or if she had unanticipated expenses, Luck said. He said his understanding from Sanders and Plunkett was that Maietta had assured them she was interested in making annual payments.

Asked how he would have described the pledge to the bank, Luck said, “I would say we had a commitment from the donor to make annual contributions of around $150,000 over a time period that would fulfill the entire gift commitment.”

Angela Smith, Sanders’ personal assistant at the time, said in an interview that Sanders and her executive team, comprised of Luck, Plunkett and another vice president, Art Hessler, discussed Maietta’s gift. Sanders consistently referred to the gift as a bequest in those discussions, she said.

“There was a lot of strategy to see if they could leverage that, the bequest, into getting cash up front,” Smith said.

A year after Sanders secured the bank loan, Burlington College officials were still trying to pin down the terms of the donor’s gift, according to documents provided to VTDigger.

Minutes from an Oct. 7, 2011, Board of Trustees Finance Committee meeting — just days after Sanders submitted her resignation — show that Burlington Colllege officials were still trying to pursue cash payments.

The minutes state that, “Pat Mahoney and Michael Luck will set up a meeting with the anonymous $1 million donor to reassure her and determine whether any cash installments from the gift are to be expected.”

Patrick Mahoney, a trustee at the time, did not respond to a call seeking comment. Luck said he never met with Maietta pursuant to the discussion reflected in the board minutes.

Luck said they were worried Maietta would get cold feet and withdraw her bequest because of Sanders’ ouster. There was no indication there was a change in her gift at that time.

Maietta insists she gave the college only two cash gifts — totalling less than $100,000.

Luck said he didn’t keep any records from his time at Burlington College, because he was a consultant.

Coralee Holm, Burlington College’s former dean of admissions and advancement, said FBI investigators carted off paper and electronic files relating to donors listed in a spreadsheet and electronic communications when the land purchase was executed.

Thanks for reporting an error with the story, "Burlington College fundraiser disputes $1M donor’s claim"