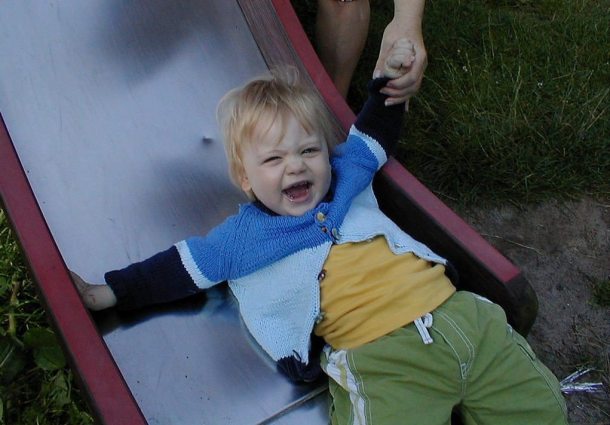 A child plays on a slide. Photo by Jean Melis/Wikimedia Commons

[B]urlington will start committing a half million dollars per year to promote expanding early education programs, helping to alleviate a dire shortage of care and education space for young children in the city.

In early 2015, Mayor Miro Weinberger’s office put out a report that showed, among other issues, a lack of quality child care options in the city. There are about 1,225 child care spots in the city, but many are not all full-time or year-round spots, according to the report. The 2010 Census counted 1,739 children under age 5 living in Burlington.

“Even accounting for families who choose not to send their children to child care or preschool, our capacity does not meet our demand,” read the report.

Now, after years of talk and studies, the city has picked Vermont Birth to Five, a statewide early education organization, to distribute a half million dollars per year in city grant money to Burlington child care providers.

“The key is to make sure there’s enough care available,” said Didi Harris, who will be overseeing the grants for Vermont Birth to Five and Burlington.

The cost of child care is a major barrier for families, Harris said. More than 35 percent of young Burlington children live in poverty, according to the city report.

“Some families are paying more than $20,000 a year for full-time child care,” Harris said, which, she noted, is about the same as in-state tuition for the Vermont State Colleges.

“It’s a phenomenal amount,” she said.

The money will go toward two related goals: Making sure there is high-quality space, and making child care cheaper. The program is targeted at infants and toddlers — children around 6 months to 3 years old.

Harris said she expects to get applications from many players in Burlington’s child care community — from first-timers creating a day care in their home, to major established programs like the Boys and Girls Club of Burlington.

“We’re not really sure who will apply,” she said.

City officials are looking at this grant as an investment. A return of about $3 can be expected for every dollar spent on early childhood education, according to a report from the Vermont Business Roundtable. The savings come from decreased special education and judicial system costs and more tax revenue, among other factors.

Vermont Birth to Five is donating employee time to help keep costs low, Harris said, but will need to take about $30,000 per year out of the half million dollars for overhead costs.

Information sessions for grant seekers will be held on Nov. 27, and full grant applications are due Jan. 12, 2018. Grants will start to be distributed early next year.

Thanks for reporting an error with the story, "Burlington to use grant to fight steep child care shortage"