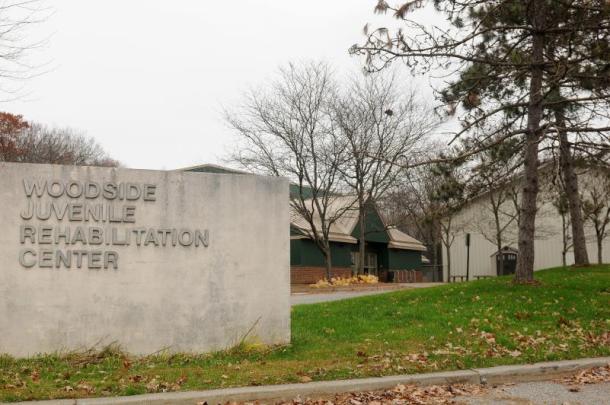 The entrance to the Woodside Juvenile Rehabilitation Center in Essex. File photo by Sara Priestap/Valley News

A psychologist recently hired by the state created a hostile environment at his previous workplace through a pattern of intimidation, verbal abuse and sexual harassment, according to charges leveled by the Office of Professional Regulation.

Dr. Charles Sprague Simonds was the clinical director for Maple Leaf Treatment Associates Inc., from May 2016 until the company closed unexpectedly in February, leaving state officials scrambling to fill the void left in drug treatment services.

He faces a total of 11 charges of professional misconduct, including ethical violations and failure to practice competently, in addition to the harassment and abuse allegations. The charges could result in his psychology license being suspended or revoked.

Simonds went to work last month for the state Department for Children and Families but was fired Wednesday.

The charging document from OPR states that Maple Leaf shut down “after a mass exodus of staff left the facility unable to provide treatment and supervision in compliance with state and federal regulations.”

Maple Leaf quickly filed for bankruptcy after closing, and the attorney general’s office alleges in a filing that the company defrauded Vermont’s Medicaid program by $860,000, largely by continuing to bill the program when it lacked sufficient staff to be doing so.

Five current and former Maple Leaf employees told VTDigger in December and January that Simonds’ behavior — and the failure of former CEO Caty Iacuzzi and the nonprofit’s board to address it — is what caused the staff exodus. 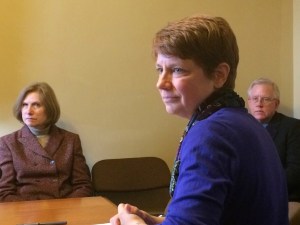 The Department for Children and Families hired Simonds as the clinical director for the Woodside Juvenile Rehabilitation Center in Essex on Oct. 22. After VTDigger raised questions about his hiring, Simonds was placed on administrative leave last week. He was fired Wednesday, according to Commissioner Ken Schatz.

Schatz said Woodside officials responsible for hiring Simonds were aware of the Maple Leaf staffers’ allegations of sexual harassment and intimidation, having read VTDigger’s coverage from earlier this year.

“Those articles cited allegations, but Woodside staff did not find that any allegations had been substantiated against Dr. Simonds,” Schatz said in an email.

He also said Simonds was the only applicant for the clinical director position who met the minimum qualifications, out of just eight who applied.

Schatz, who had said he was not aware of Simonds’ hiring, added that officials at Woodside were unable to reach anyone from Maple Leaf but felt comfortable hiring him based on “the absence of clear findings and in light of other positive recommendations.”

The OPR charges were filed Nov. 9. Although its investigations do not become public until charges are filed, those confidentiality rules don’t apply to other state agencies, which can request investigative materials, according to the secretary of state’s office.

Schatz said Woodside did not reach out to OPR or the attorney general’s office before hiring Simonds. VTDigger’s reporting revealed that investigators from both agencies had interviewed former Maple Leaf staff.

The commissioner said DCF will “offer guidance to hiring managers on what resources are available during the hiring process” and work with other agencies to “clarify information-sharing protocols during the hiring the process.” 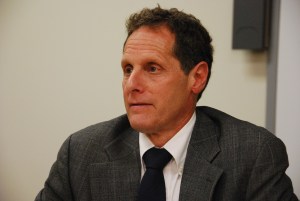 Simonds is being represented in the professional conduct case by Burlington attorney Rich Cassidy, according to state officials. Cassidy did not immediately return a call Thursday requesting comment.

Simonds hasn’t filed a response to the charges or indicated whether he will contest them at a hearing.

In the charges, the Office of Professional Regulation says staff reported Simonds would comment on female patients’ appearance, including remarks such as “you are a sexy redhead” and “you’re my type of woman.”

The charges allege Simonds exhibited “favoritism” toward female patients, pulling them aside to ask if there was anything he could do for them — attention that he never gave male patients.

He made good on those promises, according to the charges, bypassing “criteria and waitlists for treatment” to secure places for “young women” in the Bridge program, sometimes without consideration for their progress in the residential program.

Simonds derided other patients to staff, referring to them as “tweakers” in some cases, according to the charges. He also allegedly told a female patient, “You look like a whore.”

Simonds was also abusive toward staff, calling them “dicks,” “monkeys,” “retarded” and “fat and lazy” and screaming profanities at them, according to the charges.

One former Maple Leaf employee told OPR investigators that Simonds shouted at them something to the effect of, “Do you think I’m just here to swing my big dick around?” and “I don’t want to have to but I’ll take my big dick out and swing it around.”

Simonds further made comments about the appearance of female staffers he found attractive, according to the charges, letting them know he found them appealing and telling them to “smile.”

VTDigger reported similar allegations earlier this year, interviewing one young woman who said Simonds would comment on her appearance and that he used “physical proximity to staff and patients to keep them where he wanted so he could speak with them.” 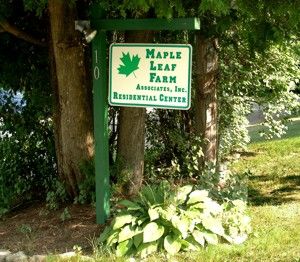 Maple Leaf responded with a statement to VTDigger from an attorney calling the allegations “false and defamatory” and claiming that state investigations had already cleared Simonds of any wrongdoing. The attorney declined to say what agencies he was referring to.

Simonds created a culture of fear and suspicion, according to the Office of Professional Regulation, telling employees that another staff member did not like them and was talking about them behind their backs.

The cumulative effect of his behavior “negatively impacted” the treatment provided to patients, with one clinician reporting that she felt “detached from patients, as if she was just going through the motions and unable to focus on patient needs.”

The charges allege further unethical behavior, stating that Simonds asked a Maple Leaf employee to lie during a meeting with state officials and engaged in questionable practices to try to make more money for the nonprofit.

Simonds would reportedly tell Maple Leaf staff not to refer patients from the residential facility to any outpatient program other than the one Maple Leaf operated in Colchester.

VTDigger reported the same allegation in January, based on an interview with a former case manager who described having quit in part because the person found that practice unethical.

The case manager said Simonds directed staff to keep patients in-house regardless of whether the patients had a different preference or there was a more convenient location for them to receive outpatient services. The case manager said they were told to do so because the Bridge program was losing money.

Simonds has 20 days from Nov. 9, when the charges were filed, to submit his response. If he chooses to contest the findings in the charges, it could be several months before a hearing. At such a contested hearing, Simonds could call witnesses and present testimony.

He could also choose to enter into a stipulated consent agreement, allowing the state’s charges to go unchallenged and agreeing to penalties. Those could include a reprimand and conditions on his license, or the suspension or revocation of his license.

The case will be heard by the Vermont Board of Psychological Examiners, a five-member panel appointed by the governor.

Thanks for reporting an error with the story, "Former Maple Leaf clinician faces sexual harassment charges"