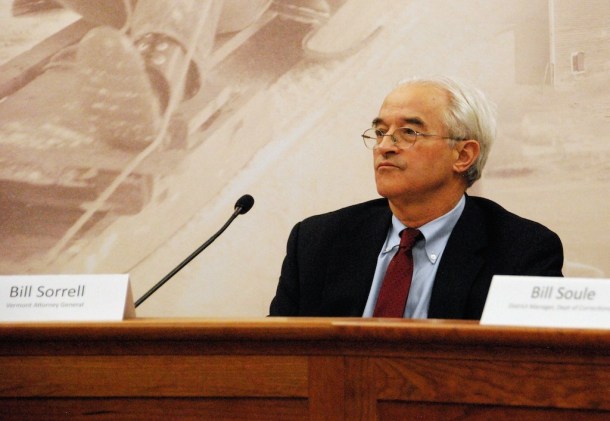 [B]URLINGTON — Vermont’s former attorney general has been ordered to answer questions under oath about the possible existence of public records that the state says are confidential.

The legal decision Wednesday was a major victory for a nonprofit that is suing Vermont for records related to a probe of Exxon Mobil. The decision came hours after former Attorney General William Sorrell failed to show up for a scheduled deposition.

Washington County Superior Court Judge Mary Miles Teachout ruled against the Vermont Attorney General’s office, which is representing Sorrell. Teachout threw out the office’s motion to dismiss the case and another motion to quash a subpoena issued to Sorrell.

Teachout granted a motion from the nonprofit Energy & Environment Legal Institute to compel Sorrell to sit for a deposition. The case hinges on how far an exemption to the public records law known as attorney-client privilege can be extended and has serious implications for the public records law in Vermont.

The institute is seeking communications between the Vermont and New York attorneys general’s offices that date back to Sorrell’s tenure, when the two offices were jointly probing Exxon Mobil’s emissions accounting practices.

New York Attorney General Eric Schneiderman is investigating whether Exxon Mobil overstated the value of its assets and defrauded shareholders by not properly accounting for what carbon pollution might cost the company in the future.

Vermont’s current attorney general, TJ Donovan, said Vermont is no longer involved in that investigation, and his office is claiming the communications sought by Energy & Environment Legal Institute are protected by attorney-client privilege. 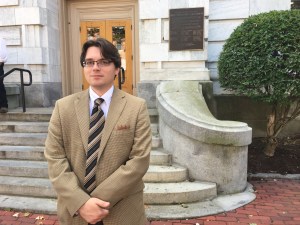 Matthew Hardin, a lawyer for Energy & Environment Legal Institute, said attorney-client privilege doesn’t apply in this case, because once records are shared beyond an attorney’s office — as these were shared with New York — they lose their privileged status.

But Donovan countered that confidentiality in such cases is essential for his office to look out for the interests of Vermonters.

The communication between the Vermont and New York attorneys general took place pursuant to a common interest agreement, an arrangement that’s used to share information between jurisdictions, Donovan said.

“We have multiple common interest agreements with many other jurisdictions that allow us to engage in different actions that help us protect and promote the health and safety of Vermonters,” Donovan said.

If communication through those agreements isn’t privileged and confidential, it would severely limit the attorney general’s ability to investigate potential wrongdoing and evaluate whether to take legal action, according to Donovan.

Hardin said the problem is that Donovan is applying the privilege too broadly in this case. “If I order a pizza, that’s not a privileged communication just because I’m an attorney,” he said.

Teachout is reviewing records the attorney general provided to the court, in order to decide whether they are privileged or must be turned over to E&E Legal. That decision could affect how the state can apply attorney-client privilege to public records requests in the future.

Further complicating matters, Hardin has claimed in a lawsuit that the records Teachout is reviewing may be incomplete, because they include only communications from Sorrell’s official email account, and not a personal Gmail account he has used for state business in the past.

That’s why Hardin is seeking to depose Sorrell. He wants to know what devices or accounts Sorrell used to create state records, where those records would be today, or if they were turned over with the other records related to the case. 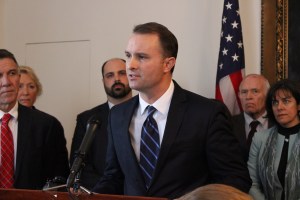 Whether communications via public officials’ private accounts are public records is the subject of a separate case before the Vermont Supreme Court, where the attorney general’s office is again the defendant.

Teachout was clear that her ruling Wednesday sets aside the “substantive legal issues” raised by the attorney general, in order to allow the case to proceed.

The ruling was issued at 12:54 p.m., just hours after Sorrell skipped a deposition with Hardin, who had driven from Virginia to the civil court in Burlington to question the former attorney general.

“I’m ready to be deposed and answer questions honestly if and when it’s the appropriate time to do so, but on the advice of counsel I didn’t go today,” Sorrell said before the ruling.

Hardin said Sorrell’s decision to skip the deposition is part of a larger pattern of the attorney general’s office flouting Vermont’s rules for civil litigation and engaging in “delay tactics” and “attrition warfare.”

“They told us twice that they were not going to come, and we said, ‘Unless the judge gives you permission not to come, you’re required to come,’” Hardin said.

Donovan, in an interview prior to the ruling, said his office did advise Sorrell not to show up, but disagreed with the notion that they’re not following the rules for civil procedure.

“Our position is that the motion to dismiss has to be ruled upon before discovery can be undertaken,” Donovan said.

Hardin said his organization’s goal is to uncover evidence of what he describes as a “scandalous climate-RICO cabal,” using the acronym for the Racketeer Influenced and Corrupt Organizations Act, an anti-corruption law. Hardin alleges an abuse of prosecutorial powers to silence the free speech of Exxon Mobil or other entities that disagree with the attorney general’s view of how to price carbon. He pointed to think tanks and policy groups in other states that have been subpoenaed as part of the probe, as evidence that it is chilling speech.

“Whatever your feelings are on climate change, you shouldn’t fear criminal prosecution for disagreeing with an attorney general,” Hardin said. “Legitimate disagreements on the social cost of carbon are a political issue, or something for scientists to debate, not securities fraud or something to be decided in criminal court.”

Donovan declined to comment on the underlying investigation, saying Vermont is no longer involved.

Sorrell was dismissive of the underlying case and any value held by the information E&E Legal Institute is seeking to expose.

“This case is just one of a series of harassment cases being filed against attorneys general around the country by a bunch of climate change deniers,” he said. “My conscience is very clear, let’s put it that way.”

Thanks for reporting an error with the story, "Judge: Sorrell must sit for deposition in public records case"