[B]URLINGTON -- The attorney general issued a criminal citation for a former Burlington police officer who resigned under pressure after video contradicted his statements about a drug arrest.

Christopher Lopez quit the force in February after it became clear he was going to be fired. He had written in a sworn affidavit that he smelled marijuana coming from a Richmond man’s car during an October traffic stop. Video from Lopez’s body camera contradicts that. 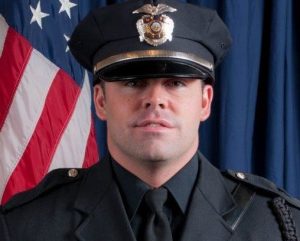 Lopez is being charged with making false statements to law enforcement. He is expected to be arraigned in Chittenden County Superior Court on Sept. 7.

The episode prompted the Chittenden County state’s attorney to throw out 14 cases that relied on Lopez’s testimony, saying it was clear he made “patently false” statements and it would be impossible for prosecutors to rely on his testimony.

John Treadwell, who leads the AG’s criminal division, would not comment on why his office is charging Lopez with the misdemeanor of making false statements to law enforcement as opposed to perjury, which is a felony.

“Unless and until the court finds probable cause we’re not going to comment on any facts related to this matter,” Treadwell said.

Perjury requires a showing that the person had intent to deceive, making it notoriously difficult to prove. A charge of making false statements does not require prosecutors to prove a person’s intent.

Lopez’s attorney, Lisa Shelkrot, did not immediately return a call requesting comment on the charge.

In a conversation captured on his body camera during the traffic stop, Lopez, who appears to believe the camera is off, tells a fellow officer that he wants to get “creative about how I’m going to get into this car.” The other officer asks Lopez if he smells anything, and Lopez responds, “No. I mean I can if I need to, but I don’t like going that way if I can’t back it up.”

After the man eventually agreed to a search, Lopez found he had what police said was 6 grams of cocaine.

Lopez later wrote in the affidavit: “I observed what I know based on my knowledge training and experience to be the odor of fresh marijuana emitting from the vehicle,” to explain why he wanted to search the car.

In the body camera video, Lopez can be heard explaining that his suspicions were actually based on the tattoos of the driver and his passenger and the poor condition of their car.

The man, Michael Mullen, 26, spent four months in prison awaiting trial until his public defender reviewed the body camera footage and uncovered the discrepancy. At that point, the state dropped its charges against Mullen.

In July, Mullen was arrested in Rutland County on felony charges of possessing cocaine with the intent to sell it and possessing marijuana, as well as a misdemeanor count of driving with a suspended license.

Thanks for reporting an error with the story, "Ex-Burlington police officer charged with falsifying reports"