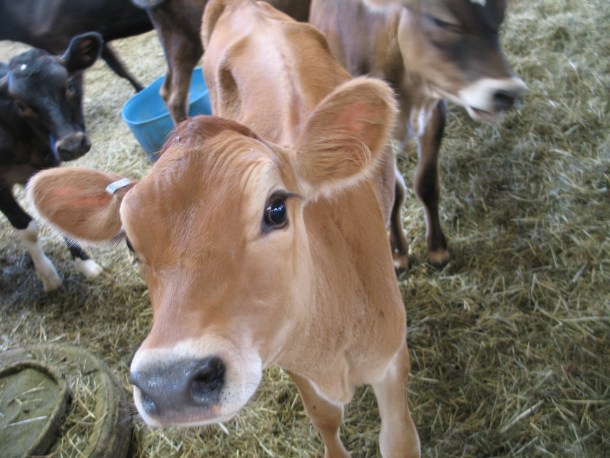 [A] once-hot market for organic milk has cooled, and farmers are paying the price.

In the face of a market glut, companies are paying Vermont’s organic dairy farmers less for their product, at a cost of tens thousands of dollars to each farm.

Organic Valley, which buys milk from more than half of Vermont’s roughly 200 organic dairy farms, will be accepting less milk from farmers at its highest price and paying discount rates for additional milk.

Farmers who supply Horizon are seeing a reduction of $4 per hundredweight, or 100 pounds, which is a drop of about 10 percent.

The reductions represent a reversal in an industry that has remained separate from the conventional milk market in which, for the past two years, an oversupply has led to low milk prices and even milk dumping when some cooperatives can’t sell the excess.

Parsons said the price of organic milk has been going up for years. The price dipped in 2009 and 2010, but it rebounded, he said, and there hasn’t been another price drop until recently.

Now, he said, there is also an oversupply in the organic market, leading to low prices. He said the market for organic milk is growing, but not fast enough to keep up with the amount being produced.

Some of the oversupply is happening because conventional milk farmers moved over to organic farming when the bottom fell out of the conventional market two years ago, Parsons said. “There’s still a problem in conventional milk, and that’s why there’s more farms signing up for organic than there are processors to accept it,” he said.

Now, in the face of oversupply, switching may not be an option. To protect their current members, cooperatives are limiting how many new farmers can join, he said. In fact, organic farmers who sell above their quota are paid at the conventional price for their milk, which means they take a significant loss on it, he said.

Nicole Dehne, the certification director for the Northeast Organic Farming Association of Vermont, said she has been hearing anecdotally from farmers about how much they will lose each year. But she said the individual contracts between farmers and their buyers can vary based on milk quality and are often confidential.

She said Vermont has about 200 organic dairy farms, and more than half of Vermont producers sell to Organic Valley, which imposed the quota in the spring. An additional 25 percent or so sell to Horizon, she said, and the rest supply Stonyfield or Upstate Niagara.

Diane Bothfeld, the director of administrative services for dairy at the Vermont Agency of Agriculture, said the state does not get involved in pricing contracts between farmers and buyers. But she said the agency is aware of the problems organic farmers are having with pricing.

John Cleary, the New England dairy coordinator for Organic Valley, said his farmers decided collectively to produce less milk, rather than continuing to produce and watch the prices come down as supply shoots up.

“Our farmers have said, ‘We’d rather try to do that and maintain the overall value of organic milk rather than just see the price go down and only the strongest and most efficient survive and the rest go out of business,’” Cleary said.

Cleary said there was a shortage in organic milk about two years ago, so farmers started producing more in order to keep up with demand. However, it’s hard to accurately measure demand when there’s a shortage, he said.

“That coincided with the conventional pay price dropping considerably,” Cleary said. “So what we had is a period where because there’s a shortage of organic milk, organic prices went up, conventional prices went down, and we had the biggest gap between those prices that we ever had in the last 30 years.”

Farrah Lamoreaux, a spokesperson for Horizon Organic, said in a written statement that the company has been noticing an oversupply of organic milk for the past nine to 12 months. Before cutting the price of milk, the company worked with farmers to voluntarily decrease their supply, she said.

“Balancing milk supply and demand is an ongoing challenge,” Lamoreaux said. “We have always strived to ensure we pay a fair and competitive price to the family farmers who supply 99 percent of our milk … and we work hard to balance the individual needs of our farmers, customers, consumers and the business.”

Jimmy Ackermann, who co-owns Ackermann Dairy in Hardwick, said Horizon would cut the price of his milk starting Sept. 1, from roughly $35 per hundredweight to around $31.

“It’s 8 percent of my milk check, so it’s a lot of money,” Ackermann said. “It’s going to make us be more efficient, I think, look at different ways of how we are doing things and maybe do them better, to save more money.”

Ackermann said he and his spouse, Sara, have been in business for nearly a decade and raise a family on their income. Jimmy Ackermann said the family has so far made a “super living” and that “milk prices did nothing but go up until this year.”

“I guess markets are full and conventional markets are terrible, which doesn’t help us,” he said. “I talked to the vice president at Horizon just the other day. He told me to buckle up for the next 18 months, so it sounds like it could get worse.”

Rob Adams, from Wheelock Farm in Colchester, sells his milk to Organic Valley. After producing a maximum of 1,800 hundredweights in previous years, he has been on a quota of 1,650 hundredweights since March.

When Adams started farming in 2013, he was getting about $32 per hundredweight for his milk, before any additional payments for the quality of the milk. He said that base price will go down to around $28 per hundredweight.

Adams said it’s “tough to say” how the quota and prices will affect his farm. “We’re such a small organic farm that we don’t ship a high volume of milk,” he said. “We do ship high quality. We might only lose maybe 10, maybe 12 thousand (dollars) a year.”

“They’re going to look at next year and the problem is nobody seems to be buying milk, and with the conventional prices so low it’s hard to get rid of expensive milk,” Adams said. “It’s basically a year at a time.”

Steve Bothfeld, who co-owns Fieldstone Organic Farm in Cabot, said his family switched from producing conventional milk to producing organic milk about 11 years ago. His farm of 50 cows now sells to Organic Valley.

Steve Bothfield said it was more nerve-wracking to be a conventional dairy farmer, and he hopes the price of organic milk doesn’t continue to go down the way conventional milk prices have in the past.

“I guess in the back of your mind you’re always thinking, ‘Is this going to last?’ and I think it will come back,” he said. “(After) 15 months, probably, it will be back to normal, they’re hoping.”

“I don’t know if anybody really knows,” he said. 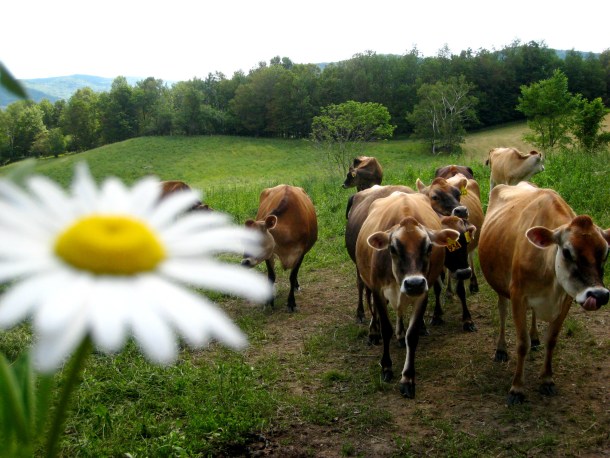 Thanks for reporting an error with the story, "Organic milk prices plummet"

Meme justice: When does ‘calling out’ cause more harm?

Don Keelan: The odyssey of a country doctor