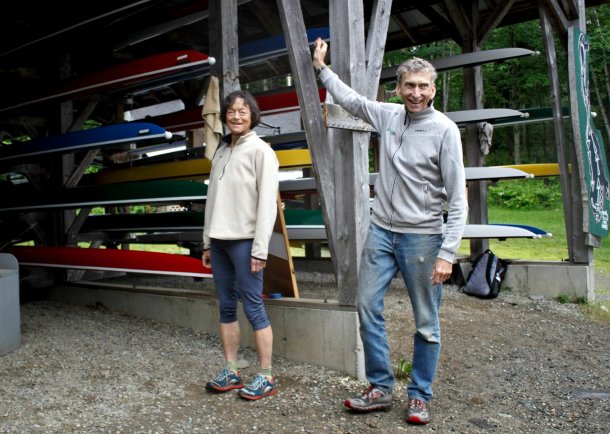 [A] small, narrow pond in Craftsbury could become the first in Vermont to limit nonmotorized boats in a way that will give a prominent lawyer more opportunity to water ski on it.

Sarah George, the Chittenden County state’s attorney, whose family owns four camps on Great Hosmer Pond, said she is acting as a private citizen in her push to limit use of the pond by rowers and scullers from the Craftsbury Outdoor Center.

George acknowledged she is the only person who regularly water skis on the pond, and the only regular user of a high-speed power boat on it. A large majority of the pond’s acreage is restricted to boats traveling 5 mph or less.

She contends a growing number of rowers and scullers from the Craftsbury Outdoor Center is making it unsafe for residents to swim, fish, canoe or use their powerboats. She’s seeking to have the Agency of Natural Resources limit when the scullers and rowers can use the pond.

The way George framed it the issue is safety, not a conflict between motorized and nonmotorized watercraft. She also questioned whether it was right for the private, nonprofit outdoor center to benefit from using a public resource. 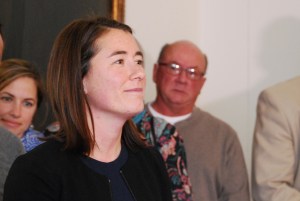 George said only three motorboats commonly use the pond, including hers. Two others are “party barges,” she said, or slow-moving pontoon boats.

Boating fast enough to pull a skier isn’t easy legally. Vermont law prohibits motorboats moving at more than 5 mph within 200 feet of the shore or other boats. There are just three zones on the narrow water body — totaling about 30 of its 149 acres — where it’s possible to do so more than 200 feet from shore.

The owners of the Craftsbury Outdoor Center, which opened in 1976, say water skiing is incompatible with other uses of the pond. The center provides coaching, and the owners say thousands of scullers and rowers use the pond each year.

George said she “tend(s) to agree” that a single water skier on the long, skinny pond would make it unsafe for beginner scullers. George said no more than two water skiers could safely ski at the same time.

The pond is 2 miles long and 80 feet wide at its narrowest.

George said the outdoor center is “monopolizing” the pond by putting as many as 40 scullers on it at a time, often multiple times each day. She said the center’s growing enrollment has reached an intolerable point.

“It’s gotten to the point now where we’re in constant conflict with them,” George said.

George’s family has owned land on the pond for generations. Fewer than a dozen private camps or residences are on the pond’s perimeter. The Craftsbury Outdoor Center’s owners, former Olympians Dick Dreissigacker and Judy Geer, live full time in one of these homes.

Commissioner Emily Boedecker, who heads the ANR’s Department of Environmental Conservation, said her agency may announce this week that the department will embark on a rulemaking process for the pond.

George said the department appears ready to put limits on the scullers and rowers. “The state’s looking to do a rule to limit the hours of sculling on the lake every day,” she said.

Boedecker would not confirm that but said more details on the possible rulemaking will be provided to the public within days.

The restrictions the state is considering may not go far enough, George said, and may need to be broadened to include other uses including canoes.

“People in this community, or who own property on the lake, are being told when they can or can’t use the lake,” George said. “[Craftsbury Outdoor Center] tell[s] us when they’re going to be on the water, so we know when we can and can’t use it. It seems so unfair to me that they can dictate when other people can use the lake.”

State law forbids water skiing on the pond at all when as few as three other people are on it, depending on where they are on the water, but the official charged with enforcing that law said he has no intention of doing so unless the ANR asks him to.

Motor Vehicles Commissioner Robert Ide said he wasn’t even aware until recently that his department is in charge of enforcing motor boat speed limits near shoreline and near other people on most bodies of water in Vermont.

Ide said he’s not eager to enforce the law, which he said he “very recently” discovered the DMV is tasked with enforcing.

“It strikes me that DMV is not the appropriate place for this authority,” Ide said. 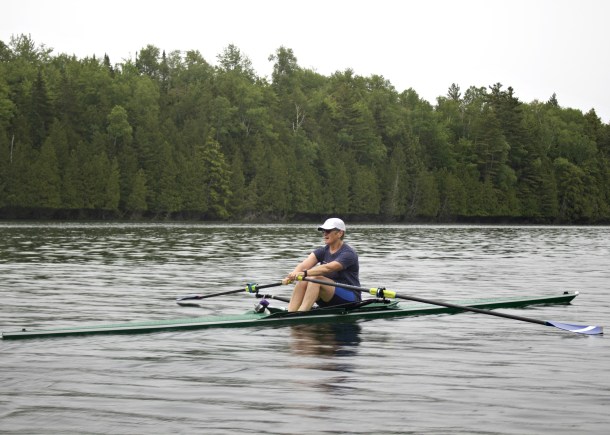 Racing sculls are specifically exempt from the speed limit near shore and other boats, because Vermont law doesn’t define them as a “vessel.”

Craftsbury Outdoor Center’s marketing director, Sheldon Miller, said some world-record scullers move as fast as 12 or 13 mph, but he said the center’s students usually travel at a fraction of that speed.

While Vermont law allows sculls to exceed 5 mph, it doesn’t permit other watercraft, such as motorboats, to exceed 5 mph when they’re within 200 feet of a scull.

Because of the buffers required, and because of the pond’s size and shape, one sculler in the largest of the three middle sections would essentially rule out legal water skiing anywhere on the pond.

However, the 200-foot law is on many lakes and ponds “routinely violated,” and also the most commonly cited violation of state marine law, according to a state report.

Nobody’s been able to determine why enforcement falls on the Department of Motor Vehicles, Ide said. He added he plans to ask the Legislature next year to move authority over the law from his agency to the ANR.

“It’s so old, no one can explain the logic of why it was placed” under the DMV’s authority, Ide said.

Unless the Agency of Natural Resources recommends that Ide should begin enforcing the law, Ide said he doesn’t plan on doing so.

The Agency of Natural Resources recently rereleased a map showing that less than a quarter of Great Hosmer Pond’s surface allows boating over 5 mph, on account of the shoreline safety zone.

Another fact sheet recently published by the ANR states that motorboats damage the most sensitive areas in a pond adjacent to the shore.

George said the size of the pond means a single water skier could prevent any scullers from safely using the pond. 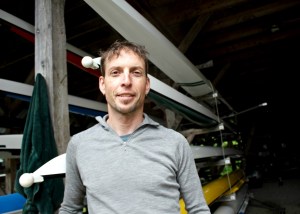 On the other hand, “it’s not uncommon for other users to be out on the water at the same time as the scullers,” he said. These include kayakers, canoers, swimmers, anglers and stand-up paddleboarders, Miller said.

The pond’s north-south orientation and a large number of trees providing wind protection make it a draw for scullers from across the country and Great Britain, Miller said.

As the pond’s popularity grew, the center voluntarily capped enrollment in 2009. That came after Dreissigacker and Geer bought the center and turned it into a nonprofit in 2008.

“The hope, especially when the transfer to a nonprofit came about, was to try to be proactive and address things,” Miller said. “That hasn’t really played out, I think, as anyone would have hoped.”

Like George, Miller said he knows of no instance where the state has blocked human-powered boaters from using a public water body in order to allow motorboat use. Miller said he thought that would be a bad precedent.

“They’re talking about … banning nonmotorized boats on a lake that’s really too small for anything but going out to a fishing spot,” he said.

The proposed regulations appear unlikely to solve the problem, either, Dreissigacker said.

“I remember hearing [opponents of the center saying] ‘I want to be able to water ski whenever I want to,’” Geer said. “I understand that, as a sculler. It’s hard when you could in the past do it whenever you want to — but that’s sharing.”
/

Thanks for reporting an error with the story, "Pond rule change could favor lawyer’s power boat over rowers"