[R]epublican David Soucy, of Killington, will be the next state senator from Rutland County.

Mullin stepped down from the post after his appointment by the governor to chair the Green Mountain Care Board.

Mullin was one of three Republican state senators from Rutland County. The other two are Brian Collamore and Peg Flory. 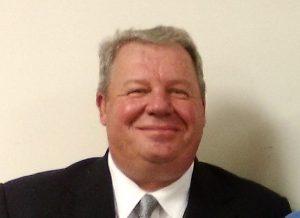 He is expected to be sworn into office this week and take part in the veto session set to begin Wednesday. Soucy said Monday that he would be supporting the governor’s veto of the state budget.

“I’m just looking forward to getting to work and getting to know the ins and outs of the Senate,” he added.

Soucy also said he intends to run for a full two-year term when he is up for election in November 2018.

A caucus of Rutland County Republicans earlier this month forwarded three names to the governor’s office as nominees to replace Mullin. The other two names on that list were Rutland City Alderman Thomas DePoy and Rutland Town Selectboard Chair Joshua Terenzini.

At that caucus, Flory nominated Soucy. She could not be reached Monday for comment.

The governor was not required to pick a name from the list sent to him by the party caucus.

Scott issued a statement later Monday highlighting Soucy’s experience in the private sector. In addition to his job as the general manager of the municipally owned golf course, Soucy is a member of several organizations, including the Rutland Region Chamber of Commerce, Killington Pico Area Association and the Vermont Chamber of Commerce.

Also, according to the statement, Soucy started Legislative Golf Day at the Statehouse to build relationships between lawmakers and those in the golf industry.

“Dave brings a wealth of business experience to this position, which will serve the people of Rutland County well,” the governor said in the statement.

Earlier this year Soucy put his name into consideration to replace Rep. Job Tate, R-Mendon, after Tate vacated his seat. Soucy interviewed with Scott, but the governor selected Jim Harrison, formerly of the Vermont Retail and Grocers’ Association, to fill the position.

“I’ve always stayed pretty close to the issues, but it was a learning experience,” Soucy said Monday.

Collamore, Senate minority leader, echoed the governor’s comments, saying Monday that Soucy brings a great deal of business experience to the job. Collamore also thanked Terenzini and DePoy for putting their names up for consideration.

Collamore added that he’s glad the appointment was made in time for Soucy to serve in the upcoming veto session. “I think we would always want to have that seat filled if we were going to be voting on any issues,” he said.

Thanks for reporting an error with the story, "UPDATED: Soucy named to Rutland County Senate seat"