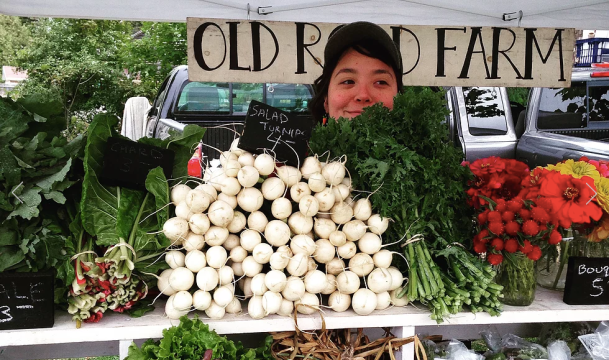 Old Road Farm in Monkton is a relatively young venture for Gabrielle Tuite and her partner, Henry Webb. Now in their second season, the pair of 26-year-olds grow salad greens, turnips, tomatoes and other certified organic veggies. And while the couple are still figuring out the best agricultural techniques for their crops, the hardest thing to grow these days is the size of the farm.

It sits on a quarter-acre owned by Webb’s mother. The couple hope to purchase land soon, but finances are tight. In addition to farm expenses — including a monthly loan payment for a small red tractor — the pair is burdened by college loan payments. Both work 40-hour-a-week jobs off the farm.

“When I tell people back at home what I’m doing, I get looks and they ask, ‘Why do you want to farm? You can’t make money growing food,’” said Tuite, who grew up outside New York City. “Still, we are optimistic about our futures, even though we are loaded with debt.”

Tuite, a 2013 University of Vermont graduate, still owes $20,000 in student loans at a time when she and Webb are working to build the business. In addition to the tractor, their startup expenses have included coolers and canning materials for their homemade kimchi.

A recent photo on the Old Road Farm’s Instagram account shows seedlings being protected in a crude greenhouse made with an eagle print blanket. The fragile crops are warmed with a small heat lamp.

“One day we’ll have a heated greenhouse,” the caption reads. “But for now, this will do.”

Tuite said her loans have been pushed to the back burner.

“I pay just enough to keep them off my back,” she said.

As a younger generation of Americans begins working the land, student loan debt has become a barrier to growth.

A 2015 survey by the National Young Farmers Coalition found that 30 percent of respondents “delayed or declined to enter agriculture because of their student loans,” while an additional 48 percent said student loans prevented them from growing their business or obtaining credit to invest in their farm.

Andrew Bahrenburg, the national policy director for the coalition, said raw data from its most recent survey shows student loan debt is still a major challenge.

To mitigate that burden, a bipartisan group in Congress has introduced House Resolution 1060, the Young Farmer Success Act.

The bill would amend the Higher Education Act of 1965 to include full-time farming under the banner of “public service jobs” that qualify for the Federal Public Service Loan Forgiveness Program.

“Farmers in Vermont and across the country are part of the fabric of rural America,” Welch said in a statement announcing his support for the bill. “They help drive the rural economy, preserve the landscape, and feed the nation. As older farmers retire, it is critical that younger farmers step up to take their place. However, student loan debt is a significant barrier to young people interested in agricultural careers. This common-sense legislation would eliminate that barrier by forgiving student loans in exchange for a long-term commitment to farm.”

Hard to get into the field

The bill is meant not only to reduce the financial burden on young farmers but to induce more people to begin working the land.

The average age of the American farmer is 58, and the National Young Farmers Coalition estimates that at least 100,000 new farmers are needed to keep the country’s agricultural base strong. Between 2007 and 2012, the number of farmers under the age of 35 grew by just 1 percent, or roughly 1,220 new farmers entering the fields.

“Young farmers are telling us that college debt is one of the biggest barriers to entry,” said Bahrenburg. “And potentially the bigger problem is that those who still manage to enter careers in agriculture can’t grow their businesses. They have to get off-farm jobs to pay those loans each month.”

Keith and Lisa Drinkwine, who raise chickens, ducks and geese on the Flatlander Farm in Starksboro, know how tough it is. They, too, have struggled to grow their farm while paying back college debts.

“We are five years behind where we could be if we didn’t have the extra student loan payments per month,” Keith Drinkwine said.

Startup costs for a farm are significant, and monthly college payments are often just one of a few loan payments farmers must make.

Tuite and Webb’s Old Road Farm has taken out a $10,000 Farm Service Agency loan through the U.S. Department of Agriculture to help purchase equipment. On Flatlander Farm, the Drinkwines have taken out a small business loan from the Vermont Economic Development Authority as well as a loan from the USDA. In addition, Keith Drinkwine has borrowed from his father to purchase processing equipment. 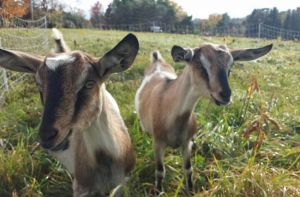 “Running a small business at our age is pretty hard, what with all the startup costs,” said Keith Drinkwine, 29. “Our product lives outside. Every night you go to bed, you are hoping something crazy doesn’t happen by the next morning.”

Then there’s Meghan Stotko, of Heartwood Farm in South Albany. She got started by foraging for old equipment to borrow or purchase from neighbors.

“The reason we are able to be a viable farm is because we were able to start with the equipment that was left over, everybody else’s stuff,” said Stotko, who farms with her husband, Andy Paonessa. “We are the hand-me-down farm. That’s how we got the ball rolling.”

But four years ago, as farm operations expanded, Stotko stopped paying student loans altogether. She defaulted, which she said led to a falling-out with her father, who was the principal on them.

“I now need to make, at least, a $600-a month payment,” Stotko said. “In order to do that I need a reliable, stable income, so I have multiple jobs. Farming is becoming more stable for us as the years go by and we get better at it, but it still can’t pay all the bills.”

At Old Road Farm, which is in only its second season, Tuite said they “aren’t making any income from the farm at all.” Tuite’s main income comes from a full-time job at City Market in Burlington, where Webb also works.

“In five years we hope to expand to five or 10 acres of vegetables,” Tuite said, adding that she is eyeing cheap land in the Northeast Kingdom. “But even then, having to pay a mortgage on the property and purchasing more equipment to expand — plus other investments — at least one of us is going to have to continue to have an off-farm income, at least for the first few years.”

‘This isn’t some partisan, lefty issue’

A version of the Young Farmer Success Act was introduced in the House during the previous congressional session, but it never got a vote on the floor.

This time around, advocates are more optimistic about its passage. Part of that springs from the bill’s new lead Republican sponsor, Rep. Glenn Thompson, of Pennsylvania, who holds powerful roles on the House Committee on Agriculture and the Subcommittee on Higher Education.

“Thompson’s support shows that this isn’t some partisan, lefty issue,” said Bahrenburg. “We are hoping he can give some political cover to conservative Republicans in rural districts.” 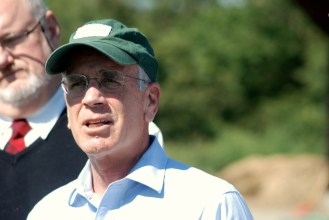 Farming advocates are putting more pressure on lawmakers to support the legislation, hoping members fold it into a broader reauthorization of the Higher Education Act.

In an April letter to lawmakers, dozens of agriculture groups — from the New England Farmers Union to Farm Aid — urged Congress to pass the bill, contending that “bringing young people back to the farm and ranch must be a national priority.”

Should farming be adopted into the student loan forgiveness program, rural areas might see a much-needed spike in college attendance rates. According to The New York Times, 29 percent of 18- to 24-year-olds in rural regions are enrolled in college, compared with 47 percent in urban areas.

Vermont has one of the highest high school graduation rates in the country, but just 53 percent of graduates go directly from high school to college. According to Vermont Public Radio, Vermont’s educational numbers are below the national average, and lower than any other New England state.

Agricultural education is becoming more popular and today more than 70 colleges and universities offer food-related degree programs. The University of Vermont is the only school to offer undergraduate, master’s and doctoral degrees in food systems, while Middlebury College has expanded its academic offerings on the topic in recent years.

Bahrenburg suggested the interest may continue to grow. “Agriculture is not different from other careers in that it is increasingly important to have a higher education degree — whether in science or business,” he said. “This program isn’t just for English majors who discover a love of farming.”

For Stotko — who took out her loans through a private borrower — the Young Farmer Success Act would not allow her loan forgiveness. She said she is thinking about returning to school for a graduate degree in psychology, but the thought of having to pay back more money causes her anxiety. (Paonessa, Stotko’s husband and partner, lived in a tent for seven years to quickly pay back his college loans.)

She said that, if Congress passes the Young Farmer Success Act, she would almost certainly return to school and take out government loans.

“It would make us more financially resilient in the long run because I would qualify for a higher wage in a rural area where it is notoriously tough to get a good-paying job,” she said.

Thanks for reporting an error with the story, "Student loan forgiveness could help farmers grow"