RUTLAND — Attorney Steven Howard read a letter of support Tuesday for his client from the family of the man she is accused of killing.

The letter on behalf of the family of the late David Shores, 54, of Mount Tabor, stated that while they respect the work of the prosecutors and police, they believe investigators reached a wrong conclusion by charging his wife, Peggy Shores, 52, with murder. 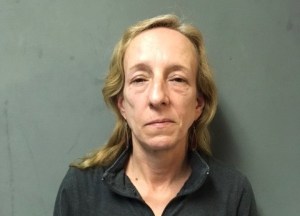 Peggy Shores has pleaded not guilty to a charge that she fatally shot her husband, David Shores. Photo courtesy of Vermont State Police

“Their theory of the event that caused our brother David’s death couldn’t be more wrong,” Howard read from the letter after a hearing in the case Tuesday in Rutland Superior Court.

“We want to make it clear to everyone that on the evening of Sunday, Dec. 11, 2016, our brother David Shores, had a tragic accident that resulted in his death,” the letter read. Adding to the tragedy, it said, is that his wife of 38 years is accused by the state of killing him.

Peggy Shores, who called 911 to report the shooting, told police her husband accidentally killed himself when he tripped and fell on stairs in their home while carrying a loaded gun.

Police investigators say in court filings that based on the trajectory of the bullet, the location of the wound on the left upper chest and the lack of gunshot residue in that area, it would have been impossible for David Shores to have fired the fatal shot.

The letter that Howard read Tuesday stated that Peggy Shores is not the type of person who would kill her husband. Her criminal record includes misdemeanor convictions for prescription fraud and disorderly conduct, both more than 10 years ago.

“This accusation flies in the face of everything we know of and have seen of Peggy,” the family wrote in the letter. “We, as Peggy and David’s family, cannot stand by quietly and let these accusations go unchallenged. Peggy is innocent.”

The family members have attended every hearing in the case, filling rows of seats behind Shores as she sits at the defense table along with Howard. Family members can be heard at the beginning and end of hearings telling the defendant they love her.

The family members were there again Tuesday in Rutland criminal court for a brief hearing that mainly took up scheduling. They have declined to talk to the media after hearings.

Howard said he wasn’t aware of any family members who think Shores killed her husband.

“The only thing that the family and I am asking, and my client is asking, is let’s not go to a rush to judgment,” the defense attorney told reporters after the hearing Tuesday. “I think as we develop the case further you’ll find there are a lot of questions.”

Peggy Shores has been held without bail since her arraignment when she pleaded not guilty to the second-degree murder charge in February. 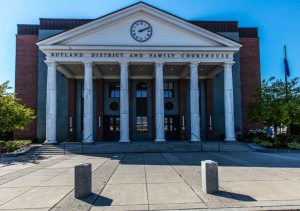 Rutland Superior Court is where a hearing was held Tuesday in the Peggy Shores case. File photo by Andrew Kutches/VTDigger

Judge David Fenster agreed last month to continue to hold her without bail, issuing a ruling after a lengthy hearing that stated he found the evidence in the state’s case compelling.

He decided against releasing Shores to any of three relatives who testified at that hearing, citing, among other factors, the criminal records of those proposed to provide housing and a watchful eye over her.

“While (Peggy Shores) maintains her innocence,” the judge wrote in the decision, “the state of the evidence demonstrates that she has committed the penultimate act of violence.”

Howard appealed that ruling to the Vermont Supreme Court, which in a recent decision backed Fenster in continuing to hold Shores without bail.

The defense attorney has since filed a new request seeking his client’s release, this time to any of three other relatives, or under home detention

Both Howard and Rutland County State’s Attorney Rose Kennedy, who is prosecuting the case, said in court Tuesday that they expect a hearing on the latest bail request to take at least a half-day. No date for that hearing was immediately set Tuesday. 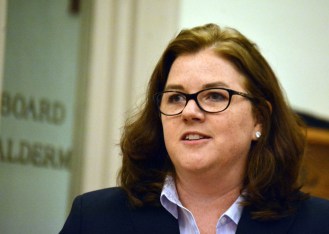 Kennedy, speaking outside court after Tuesday’s hearing, said she opposed releasing Peggy Shores to any of three new relatives proposed by the defense attorney.

“We don’t think they’re suitable to monitor somebody that’s charged with second-degree murder,” the prosecutor said, adding that she wouldn’t comment further until the hearing on the matter.

Howard, in addition to reading the letter of support for his client, spoke at length to reporters outside the courtroom after the hearing.

“In a way,” Howard told reporters, “I’m kind of giving you a trailer, but I can’t even give you half the stuff.”

The defense attorney, trying his first murder case, vigorously defended his client against what he called a “rush to judgment” in charging her with murder.

While Judge Fenster stated the prosecution had a strong case against his client, Howard said only one side has been presented at this early stage.

“Basically, it’s like a baseball game where the other side isn’t allowed to catch anything. You’re not allowed to catch, so you have to hope they fail to hit the ball,” Howard said. “I threw it as hard as I could, and they were able to hit it.”

His took issue with the investigation, contending that police had a theory his client killed her husband and they went about to prove that theory, discounting evidence to the contrary.

For example, Howard took issue with the conclusion that David Shores could not have shot himself. The lawyer said investigators were making several assumptions, including that David Shores was standing up when he was shot. Peggy Shores, he added, claims that her husband was falling down after catching a foot on one of the steps and the gun went off as he hit the stairs.

Also, the defense attorney said, investigators failed to properly perform gunshot residue testing on all of the shirt David Shores was wearing at that time, and did not test Peggy Shores’ hands for gunshot residue or take fingerprints from the gun.

As for why Peggy Shores didn’t immediately give aid to her husband after he was shot, Howard said everyone responds differently to traumatic events. He said Peggy Shores was in a panic and did call 911, then went next door seeking help.

“Did she do something?” Howard asked. “Yes, she did. She went to get help.”

“I know from my client’s standpoint the horror from being an innocent person, and I know jail is filled with innocent people, but to be innocent and be incarcerated is just astounding,” Howard said. “That’s why I’m working so hard to get her out.”

Thanks for reporting an error with the story, "Lawyer: Man’s family rallies behind wife charged with killing him"