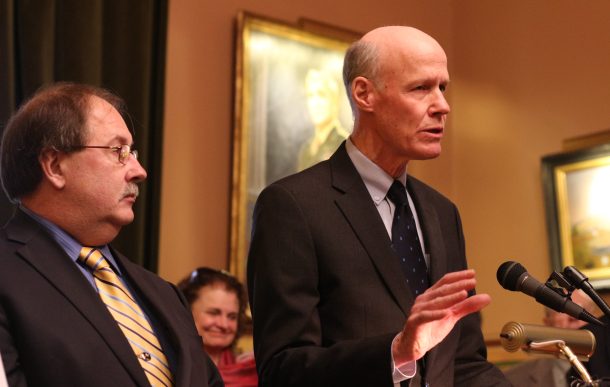 [T]he House Committee on Commerce and Economic Development has begun work on a new bill that would redefine which workers in Vermont are employees and which are independent contractors.

The committee has spent nearly a month hearing from business and labor interests on the issue, then spent Tuesday evening coming up with language on the purpose of the new bill. Members will continue writing the bill this week.

Rep. Bill Botzow, D-Pownal, the chair of House Commerce, said Monday he wants to get it just right.

Friday was the deadline by which committees were supposed to pass most legislation they want taken up by the rest of the Legislature this year. But Botzow said he has already made arrangements regarding the bill with House Speaker Mitzi Johnson, D-South Hero, and Sen. Kevin Mullin, R-Rutland, the chair of the Senate Economic Development Committee.

“I have told people that I’m not going to put out a do-or-die deadline, but I do not want in any way” the energy in the committee to wane, Botzow said. “My promise is to pursue” the bill.

In 2016, Botzow’s committee unanimously passed a bill on independent contractors that business interests, including general contractors, supported. The bill went through a series of political machinations before dying shortly before the end of the biennium.

That version would have dramatically simplified the test for who is an employee versus an independent contractor. It would have done away with current law, which has two different standards for classifying employees.

Advocates for the 2016 bill said creating one definition would help construction companies and freelancers who work in information technology. Opponents of that bill said it would have stripped workers of their rights. Now, stakeholders are looking for more of a balance. 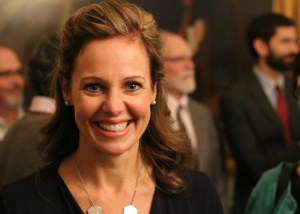 Lindsay Kurrle, the commissioner of the Department of Labor. File photo by Erin Mansfield/VTDigger

Labor Commissioner Lindsay Kurrle said the department would support clarity in the law, but she qualified that to say the bill should not impede business growth or lower protections for workers.

Kurrle said the department won’t be writing a bill itself, but it gets “numerous inquiries” from businesses that do not understand the definition of an independent contractor and would benefit from more clarity.

“The majority of people really, really want to do the right thing, but they just need better guidance,” she said. “If we can offer clarity, whether in the form of guidance or in the form of legislation, I think it’s very important.”

“But the reality is we do serve two different purposes in workers’ compensation and unemployment insurance,” Wood said. “If it’s possible to create one (definition), that’s great, and the people using it on the employer side would find it very helpful.”

Steve Monahan, the director of workers’ compensation at the Department of Labor, said redefining who is an employee and who is an independent contractor has been an issue in the Legislature for more than a decade.

“This is one of those things where everybody has an opinion, and building consensus is extremely difficult,” Monahan said. “People are not necessarily happy with what it is, but they’re fearful of what may be.”

Kurrle added: “We’re trying to find something that makes sense, because we need the employers. We need them to employ the workers, so I look at it as a very broad, cohesive team.”

Thanks for reporting an error with the story, "House Commerce starts writing new independent contractor bill"