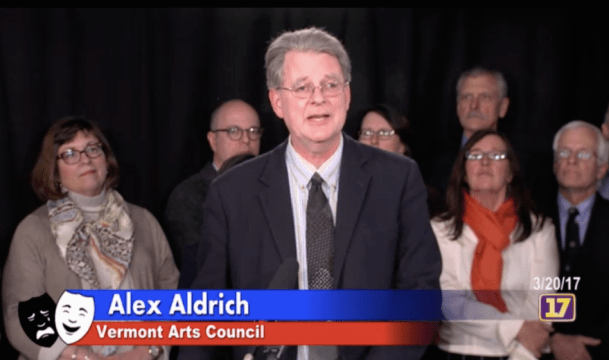 “When you talk about what makes a community a place worth living in, you’re really talking about its art and culture,” Aldrich said at a news conference Monday.

The arts and humanities programs supported by federal funding help organizations reach out to communities in rural corners of the state, he said.

The news conference, broadcast online by CCTV, brought together more than a dozen leaders of organizations that would be affected by the cuts.

Many organizations rely on that federal support to bring in matching funds from other sources.

“We are in round one of what is going to be a very, very lively debate in our country,” Kraft said.

Cutting arts and humanities programs will not only impact those who directly receive funding, she said, but it “sends such a damaging message to future generations about the power of the arts.” 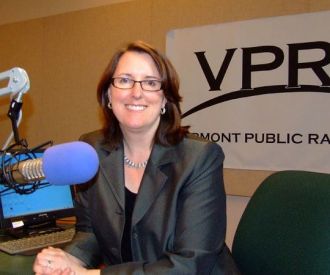 Several people, including leaders of the Fletcher Free Library in Burlington and the Shelburne Museum, spoke about the importance of the federal funding to their missions.

Phelan Fretz, executive director of the ECHO center, said federal dollars make it possible for the lakefront museum in Burlington to offer free memberships to low-income families and educational programs to children.

“If you make science weaker, you make all of us weaker,” Fretz said.

Tom Torti, president of the Lake Champlain Regional Chamber of Commerce, joined the group to oppose the proposed cuts.

Members of the chamber would not be directly affected by the cuts to federal arts and culture funding outlined in Trump’s budget, he said. However, he said, the organizations that do receive funding are important to the vibrancy and success of the region’s private sector.

“It’s the culture of Vermont that sells Vermont,” Torti said.

Peter Gilbert, executive director of the Vermont Humanities Council, said the organization receives about half its resources from the federal government.

“The United States, the country has a vested interest in having a polity that knows about the humanities,” Gilbert said.

Thanks for reporting an error with the story, "Cultural leaders decry Trump’s proposed budget cuts"