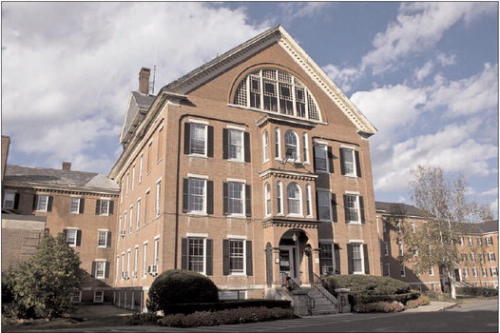 [T]he Vermont Psychiatric Survivors are opposing a bill in the Senate that would change the responsibilities of mental health providers.

The organization, which represents people with psychiatric diagnoses, says the bill treats mental health patients differently from other health patients and could be used in the future as justification for discrimination.

Three lawmakers introduced the bill, S.3, in response to confusion in the provider community about the implications of the Vermont Supreme Court case Kuligoski v. Brattleboro Retreat, which some providers interpreted as increasing their liability.

The case held that a lower court should hear a complaint from a plaintiff who claimed the Brattleboro Retreat should have warned caretakers about the danger of a specific patient in the event he stopped taking his medication.

S.3 explicitly seeks to overrule Kuligoski v. Brattleboro Retreat and tell mental health providers they are only required to warn caretakers about the danger of a psychiatric patient “when there is an imminent risk of serious danger to an identifiable victim.”

Sen. White said Friday they introduced the bill to clarify the duty of mental health providers so providers do not go around telling too many people about a patient’s mental health problems, and providers also don’t hold patients in hospitals for too long.

Sears said the purpose of the bill is to change standards for mental health providers back to the way they were before Kuligoski v. Brattleboro Retreat. That standard was based on a 1985 case called Peck v. Counseling Service of Addison County.

Additionally, Sears said senators worked with a diverse group of mental health stakeholders before introducing the bill. He said there was a “general agreement” that S.3 was a good idea. He said some want the Legislature to go further and have fewer requirements for mental health providers.

But Wilda White, a lawyer who serves as the executive director of Vermont Psychiatric Survivors, said Friday that lawmakers do not understand the specifics of the Kuligoski decision. She said the bill is “going to create more problems than it solves.”

She added: “When this legislation, without even thinking about it, basically says only people who are psych patients—only those people; this is treatment for htem. People point to this kind of legislation when they seek to justify discrimination against my community in other areas.

“And so employers will say of course I don’t have to hire someone with a psychiatric label because even our legislature has determined that they are so dangerous that they need to carve out this special part of the law for them,” she said.

From a legal perspective, Wilda White said the bill does not bring standards back to Peck v. Counseling Service of Addison County. She said that case held that providers needed to take reasonable steps to protect a person who might be harmed by a violent patient.

The Senate Judiciary Committee will take testimony on S.3 on Wednesday.

Thanks for reporting an error with the story, "Psychiatric survivors oppose mental health bill"

Meme justice: When does ‘calling out’ cause more harm?