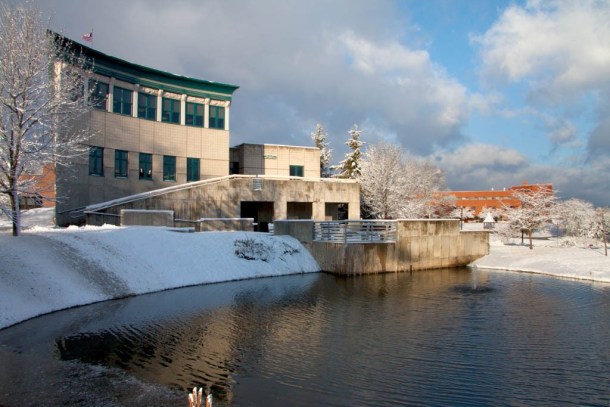 In September, the trustees voted to combine Lyndon and Johnson into one institution with two separate campuses in order to save money and increase revenue, according to Jeb Spaulding, the chancellor of the state college system, who pushed the unification plan.

The freshman class of 2018 will be the first to attend Northern Vermont University.

Patricia Coates, director of communications for the chancellor’s office, said the name change was important, because the word “college” means high school in a number of countries.

“So when students are looking abroad, the word ‘university’ catches their attention,” Coates said.

The term is also helpful in marketing online education, according to Coates. Both Lyndon and Johnson offer online courses that can be taken by anyone anywhere. “We know from marketing studies in the online universe ….more [people] click on ‘university’ than on ‘college’.”

In a memo, Spaulding explained the reasoning behind the new name that was required by the VSC’s accrediting body, the New England Association of Schools and Colleges. Everyone wanted the word Vermont in the name, Spaulding wrote, and the name shouldn’t be easily confused with the University of Vermont.

“It should be concise, be easy to remember and lend itself to effective marketing,” Spaulding wrote.

Sixty percent of the nearly 500 people polled, including students and faculty, chose the word “university” over “college” in the name.

In recent years, more institutes of higher education, including Castleton University, have been trading the name college for university, according to Spaulding. There are no federal requirements or standards limiting schools to either name.

The number of international students coming to the United States for a college education has been on the rise since around 2006, according to the Institute of International Education and the Department of State.

The number of foreign students attending the University of Vermont has more than doubled since 2012, going from 387 to 822 in 2016.

Chinese students account for 40 percent of the foreign students - including Canadians - studying in the state, according to data from the Institute of International Education.

In 2016, foreign students brought $75 million to Vermont, an increase from $40 million just four years ago, according to Institute of International Education.

Across the nation, more and more public colleges and universities are trying to tap foreign students, especially Chinese, who pay full tuition to study at American institutions.

Vermont’s smaller public colleges have seen enrollments decline and they are more dependent on tuition because of low state support. Tuition and fees make up 58 percent of their revenue; room and board, 17 percent; and state support, 16 percent.

State officials are looking to boost enrollments by better marketing the state colleges.

“Frankly, let’s be honest, ‘university’ provides a marketing advantage and that is a big part of what we hope to leverage from this unification [of Lyndon and Johnson],” Coates said.

The moniker also gives people a better understanding of what the colleges have to offer, she said. 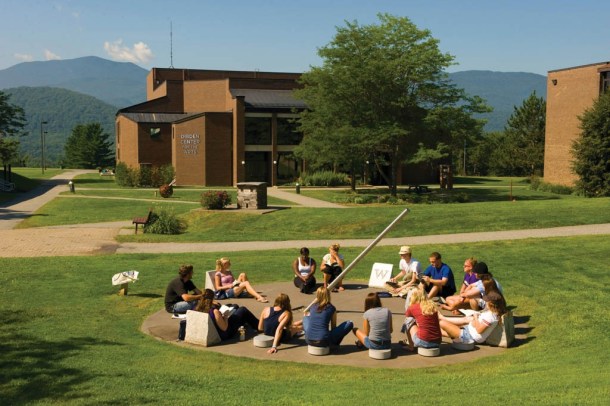 Thanks for reporting an error with the story, "State colleges turn to the word 'university' to draw Chinese students"