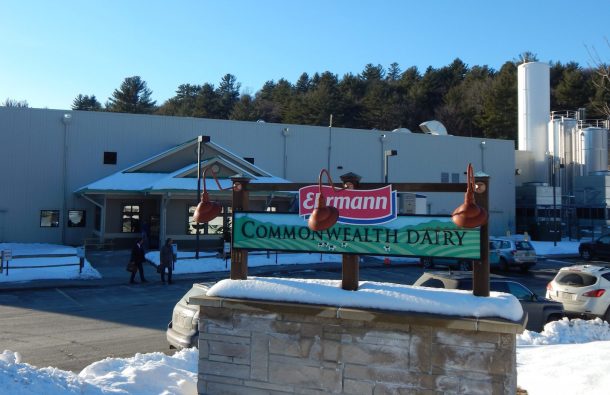 BRATTLEBORO — When Tom Moffitt was putting together a business plan for Ehrmann Commonwealth Dairy, his oft-repeated goal was to hire 40 employees within five years.

He recalls that there were “quite a few disbelieving faces.”

A little over 5½ years since the Brattleboro plant opened, Commonwealth now employs 150 in Vermont. And Moffitt, Commonwealth’s CEO, on Wednesday announced yet another expansion of a facility that produces large quantities of the popular Green Mountain Creamery yogurt brand.

The $20 million expansion is supported by more than $2 million in state and local funding and incentives. Officials pointed to the project’s economic benefits, as Commonwealth is pledging to create 50 more jobs in Vermont and to significantly expand its manufacturing operations. 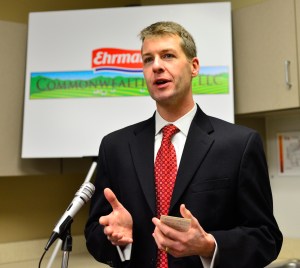 “With this expansion over the next two to three years, we will be able to double our production capacity,” Moffitt said.

The business has been steadily expanding since and now encompasses about 68,000 square feet. Running three shifts, six days a week, Commonwealth processes about 110 million pounds of milk annually, Moffitt said.

In 2013 the company opened a plant in Casa Grande, Arizona, that now employs 100. Product distribution reaches from coast to coast, Moffitt said, and Commonwealth ships to the Caribbean and South America.

“Honestly, Greek yogurt consumption has actually slowed down over the past couple of years,” he said. “So we’re still growing despite a slowing market and an increasingly competitive market.”

“We attribute that to the quality,” Moffitt added.

It wasn’t a given, however, that the company would continue to grow in Vermont. Moffitt said executives considered expanding in Arizona and looked seriously at building a plant and a headquarters in the Midwest.

“What that would have done is, we wouldn’t have expanded this plant … we would have built another plant the same size as this in the Midwest, with a large office,” he said. 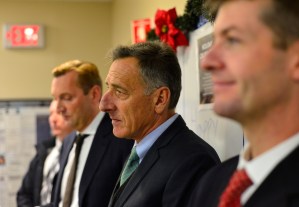 That package includes a $1 million grant from the Windham County Economic Development Program. That’s money from Vermont Yankee owner Entergy, which agreed to pay the state $10 million over five years for economic development in Windham County as part of a 2013 settlement agreement in anticipation of the plant’s shutdown the following year.

Other public funding sources include:

• Up to $100,000 from the Windham County Economic Development Program to match federal funding aimed at upgrading wastewater treatment facilities to support Commonwealth’s growth.

• Up to $648,327 in Vermont employment growth incentives. That money will be distributed over time as Commonwealth expands.

“We want to do everything we can to make this project work,” said Kate O’Connor, Brattleboro Selectboard vice chairwoman.

Moffitt acknowledged that Vermont “presented the most complicated expansion option” due to permit and site issues. But in the end, he said, “we were able to pull this together and settle on Vermont as the place where we want to grow the company.”

Branding also played a role in that decision.

In addition to expanding Commonwealth’s production capacity in Vermont, the company is consolidating its administrative operations in Brattleboro. Currently, some of those jobs are in Arizona.

Moffitt said a corporate headquarters may be built on the company’s Omega Drive site but also could be situated somewhere else in Brattleboro.

Taken together, the project means Commonwealth Dairy will continue to be “one of the most state-of-the-art, high-tech dairy operations in Vermont,” said Christian Ehrmann, chairman of Ehrmann AG.

“Our customers and partners have been enthusiastic about the quality of our products and our innovations from the beginning,” Ehrmann said.

Thanks for reporting an error with the story, "Yogurt maker plans $20 million Brattleboro expansion"

With Dartmouth out of dorm space, students spill into cramped housing market